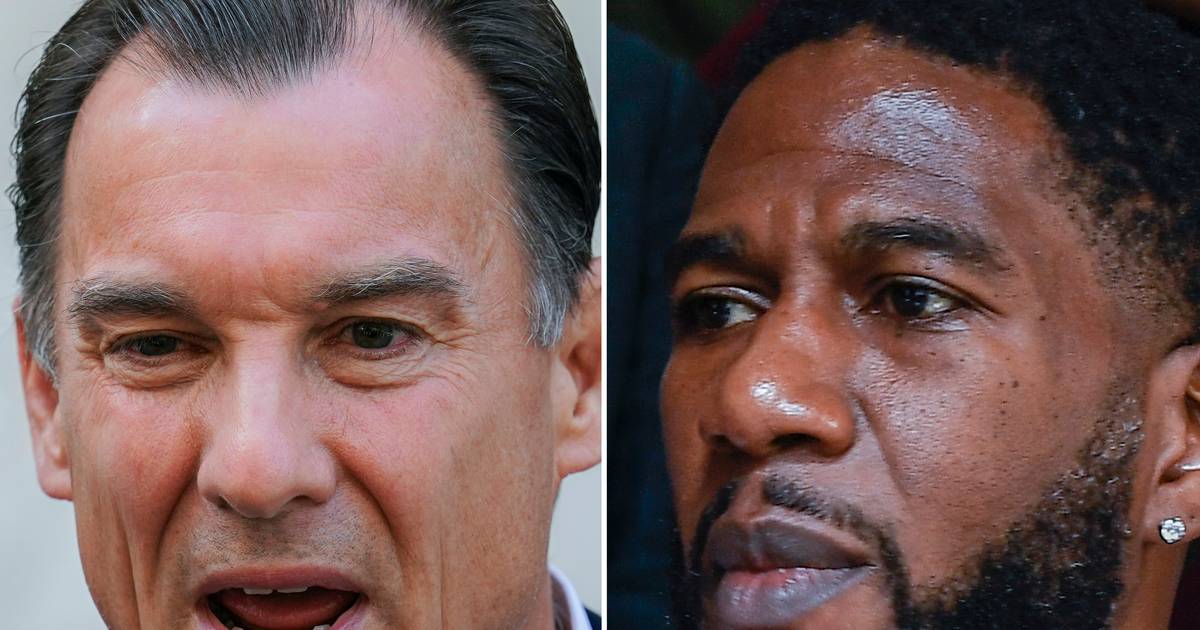 Public Advocate Jumaane Williams and Rep. Tom Suozzi took turns ripping Gov. Hochul’s stewardship of the state on Thursday as the long-shot challengers played nice with each other in the opening debate of New York’s Democratic race for governor.

Notably absent: Hochul, also a Democrat. She holds enormous leads in public and internal polling in the race, and is seeking to become the first woman ever elected to New York State’s top government post.

The governor spent Thursday in Albany, according to her office, where state lawmakers were hurtling toward the final hours of the year’s legislative session.

Williams, a Brooklyn progressive, painted the governor as being out of touch in her response to the racist Buffalo massacre last month.

And he suggested that she had focused on her deal to send $600 million for a new Bills stadium when she should have prioritized high-crime neighborhoods.

“We asked for a billion dollars to be put in the budget for gun violence prevention and youth services, victim services,” Williams said in the debate at NY1′s Chelsea Market Studios in Manhattan. “We didn’t get that. We got a billion dollars for a Buffalo stadium.”

Williams and Suozzi are hitting Hochul from opposite sides on many issues, including crime. Williams emphasizes community-level solutions to crime; Suozzi wants to target bail reform.

But the differences between the two were mostly eclipsed by comity on the debate stage.

Both touted their support of robust abortion protections. Both hammered Hochul for soaring violent crime rates. Both expressed opposition to the “defund the police” slogan.

Given the chance to question each other, Williams asked Suozzi how he maintained an F rating from the National Rifle Association. (Hochul was once endorsed by the NRA, but has moved to the left on guns.)

Suozzi, in turn, asked Williams how Hochul has done as governor.

Williams laughed, and tied Hochul to former Gov. Andrew Cuomo, whose resignation last summer vaulted her from lieutenant governor to governor. He described failures of “Cuomo-Hochul leadership,” tying the two.

Disagreements between Williams and Suozzi did emerge. They diverged, for example, on increasing the number of safe-injection sites (Williams supported, Suozzi did not), and on their music tastes. (Williams vouched for hip-hop, Suozzi for oldies.)

In an Emerson College opinion poll of the race conducted last month, Hochul led Suozzi by 33 percentage points, and Williams by 38. Twenty-two percent of voters said they were undecided.

Hochul is hardly the first New York politician to seek to stay above the fray as an overwhelming favorite. Cuomo was famously debate-averse, and once said debates can be a “disservice to democracy.”

In 2014, he did not debate Zephyr Teachout, his primary challenger. In 2018, he agreed to a single TV debate with Cynthia Nixon.

Hochul has been comparatively open to debates. She has agreed to participate in a pair in the primary, including a TV showdown two days before early voting starts.

Jen Goodman, a spokeswoman for Hochul, said in a statement that the governor “declined to participate in tonight’s debate to focus on the end of the legislative session in Albany.”

“The governor looks forward to debating over the next two weeks ahead of the primary election,” Goodman added in the statement.

Primary Day is June 28. The Democratic Party has a marked advantage in the statewide elections: Democrats outnumber Republicans in New York by more than two to one.