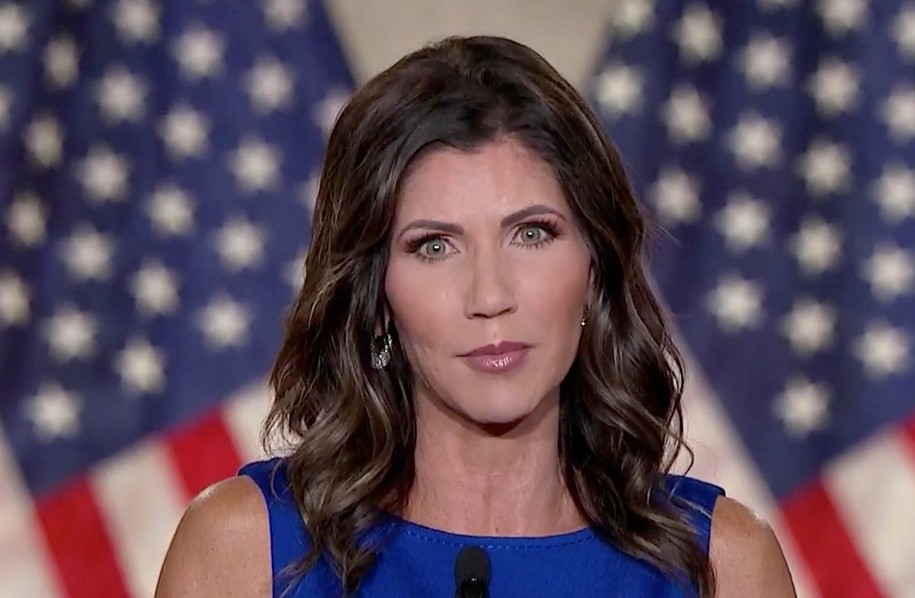 When COVID-19 plowed into the United States this time last year, the first major outbreaks were along the coasts. In particular, cases of COVID-19 were clearly circulating in the Northeast before testing was online to determine anything like the scope of the regional outbreak. As a result, states like New York, New Jersey, Massachusetts, and Connecticut were swamped by an initial surge of cases that came with unexpected ferocity and with little experience in how to deal with the resulting disease. Rates of death were high enough in these initial months that some of these states still top the charts of total deaths a year later.

As doctors learned to treat COVID-19, including such simple measures as providing noninflammatory steroids to those being intubated, the rate of death from the disease dropped sharply from initial rates above 8%. Deaths in that initial surge peaked in late April at over 2,200 a day, but by the beginning of June that number had been cut in half as hospitalization rates fell, pop-up facilities were closed, and local officials got their hands around factors that control the spread of the disease.

However, at the same time that the surge was dying down in the Northeast, COVID-19 was spreading out across the nation, including to red states in the South and Midwest. And in those locations, it found new areas of expansion where officials were unwilling to implement lessons learned by the states that had been in the way of the pandemic’s first shot.

On May 30, the pandemic hit a crossover point in the United States. After that date, there were more positive tests in Republican-led states than in Democrat-led states. That was soon followed by a rising tide of deaths in those same states. Looking at the top 10 states in terms of death by population, a number of Republican states have joined—and in some cases exceeded—those hit by that initial storm. Mississippi, Arizona, South Dakota, and Alabama have joined that club. The only Democratic-led state not in that initial grouping around the first explosion of cases in New York is Louisiana, but even there the peak deaths came in April of 2020, at the same time as the surge in the Northeast.

Republican-led states had the luxury of time. By the time large numbers of COVID-19 cases began to appear in their states, testing supplies were far more available, social distancing steps were better understood, and any arguments about wearing masks were well in the past. The CDC actually revised its guidelines on April 3, 2020 to say that people should wear face coverings “in public settings when around people outside their household.”

The Northeast “took one for the team,” and in the process lost 100,000 lives while suffering over a million cases of COVID-19. But as spring ended and summer came on, the United States should have been ready. Tests were available. Treatments were vastly improved. Both masks and social distancing guidelines were not only understood, but proven to be effective in cutting the case counts in those initial set of states.

What happened so that a year later, case counts are still higher than they were last May and the total number of U.S. dead is well over half a million? Two things happened: Donald Trump, and Republican governors.

On a federal level, Trump set the standard by not just refusing to introduce a national system of testing and case tracing, but by politicizing everything from masks to ventilators. From the beginning, Trump took a position that acting as if the pandemic represented a real threat was somehow an expression of weakness. He seemed to take genuine pride in scorning the advice of experts, scoffing at warnings of potential deaths, and promoting get-well-soon ideas like hydroxychloroquine.

Still, there was nothing to keep Republican governors from actually governing their states according to sensible guidelines. Most, if not all of them, had access to the data that made it clear that failure to follow social distancing rules was inviting disaster. Instead, they chose to model themselves after Trump, often appearing to enter into a contest with each other for making the worst possible moves. Their states were, in the words of Alabama Gov. Kay Ivey, “not California” and they refused to be dragged into reasonable behavior just because it would save lives. Since then, Alabama has lost over 10,000 residents—1 out of every 2,085 people who live in the state. That’s certainly not like California. It’s much worse.

As the Johns Hopkins report notes, Republicans rode that refusal to enact even the slightest restrictions right into summer, and into a second peak that greatly exceeded the first. Through June and July, the difference in case counts between Democrat-led and Republican-led states grew rapidly. By Aug. 5, “the relative risk of dying of COVID-19 was 1.8 times higher in GOP-led states.”

The world is beset, sadly enough, by many forms of natural disaster. Pandemics are one of them. So are floods, and famines, and earthquakes. But in all of those situations, the actions of human beings can make a difference between threat and catastrophe by taking appropriate actions. All through the summer of 2020, Republican governors were reassuring their populace that it was perfectly fine to live right there on the shoulder of Vesuvius, even as the ash rained down.

By September, Republican governors did find one way to cut down on the ugliness of their stats when compared to Democratic states … because at that point their relative rate of testing began to drop sharply. That came just in time for yet another surge—one that was concentrated in Republican-led states in the Midwest, but eventually spread out coast to coast.

The researchers put it mildly by saying, “links they found between Republican governorship and greater COVID-19 impact, are consistent with the idea that the political polarization of the COVID-19 response has contributed to less effective COVID-19 policies and worse case-related statistics in some states.”

Putting that more bluntly, Republican governors—and the tone set by Donald Trump—are directly responsible for hundreds of thousands of deaths, and millions of Americans suffering long-term effects of COVID-19. Unlike those states hit by the disease in the opening weeks, they were not short of tests, they were not ignorant of social distancing rules, they were not unaware of what could happen if they ignored the advice of experts.

They just put their political careers ahead of human lives. By choice.