Study indicates that COVID-19 deaths in the United States are actually over 900,000 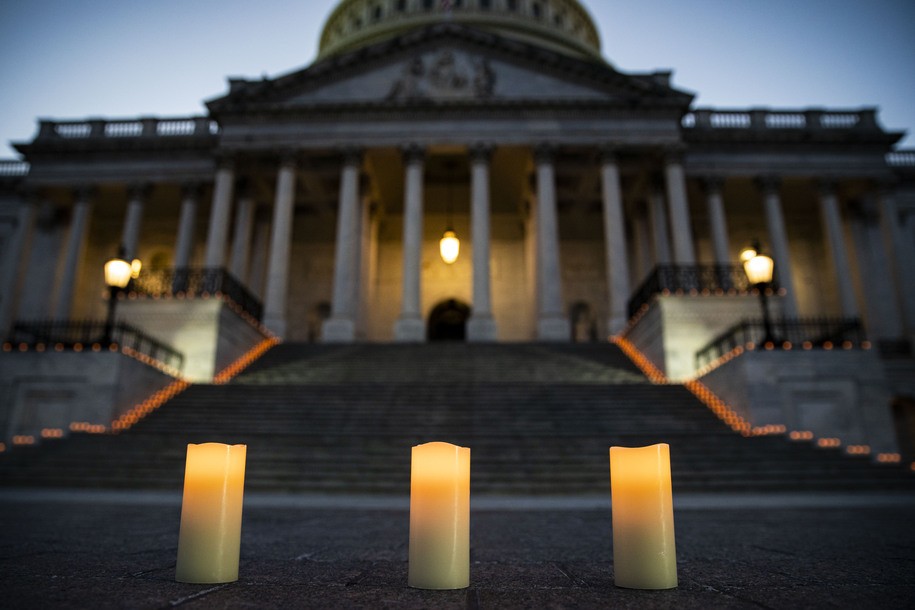 From the beginning of the pandemic, Trump supporters out to downplay the danger of COVID-19 have insisted that the media was actually overreporting COVID-related deaths. They’ve insisted that the numbers often reflected people who died “while having COVID-19, but not from COVID-19.” Not only does this turn out to be untrue, the evidence is very good that many people who have died directly from COVID-19 have been overlooked.

The Missouri results, based on statistics from the state health department examined by KCUR radio, are particularly instructive. The state recorded 8,745 official deaths from COVID-19 over the course of the pandemic through April 2021. However, the number of excess deaths in the state was 13,880 higher than the same period in 2019 through 2020. In December, when recorded COVID-19 deaths were at their worst, so were the number of excess deaths not attributed to COVID-19. Excess deaths at that time were 50% above the previous year.

The first thought of many might be that the state had increased deaths only tangentially related to COVID-19—heart attacks for patients afraid to visit their doctors, or excess suicides from people trapped at home. However, despite anecdotal claims, suicides decreased in 2020. And the fact that the highest rate of excess deaths in Missouri corresponded to the periods of highest reported COVID-19 deaths suggests that the link was much more direct. People in Missouri have been dying from COVID-19, and those deaths were reported at something else—the opposite of what Trump supporters have been claiming.

However, when it comes to the big number reported by IHME, the difference is not just a matter of totaling up excess deaths and comparing them to the previous year. Instead, it used total reported deaths against a model that predicted deaths accounting for “both seasonality and the secular trend in all-cause mortality.” (“Secular” here doesn’t have anything to do with religion; it’s more in the Roman sense of “over a very long period.”) In other words, they attempted to project what the pandemic period would have looked like in a normal year, taking into account issues like seasonal flu and other factors that would have happened had there not been a once in a lifetime pandemic.

IHME then ran this model against a number of countries, finding that almost all of them undercounted the number of COVID-19 deaths. Some countries—like Russia, Mexico, and India—reported drastically fewer COVID-19 deaths than the model indicates. In Russia, that means underreporting by more than 80%. In India, it means that the official death rate is barely a quarter of what the model shows. Other countries, such as France, did a much better job of assigning cause of death, but still undershot the number of COVID-related deaths by 25%.

The end result of the study is that essentially all the excess deaths over the pandemic period are attributed to COVID-19. That’s because increases in some areas, like patients reluctant to seek treatment, were more than offset by decreases in deaths from things like travel and flu.

The study suggests that far from attributing too many deaths to COVID-19, almost every nation has badly underreported the truth. For the most part, this hasn’t been intentional. COVID-19 patients display a large number of symptoms, and deaths from pulmonary symptoms are only a segment of a much larger span of loss. It doesn’t take skullduggery to account for the massive undercount—though the U.S. is far from alone in having reasons why local medical examiners or state officials might be encouraged to write anything other than “COVID-19” when filling in the critical block on a death certificate.

More than a century later, researchers are still arguing about the actual number of people who died from the 1918-1919 flu epidemic. A hundred years from now, they’ll likely be having the same arguments about COVID-19.

But it is worse than we thought. And what we thought was already terrible.