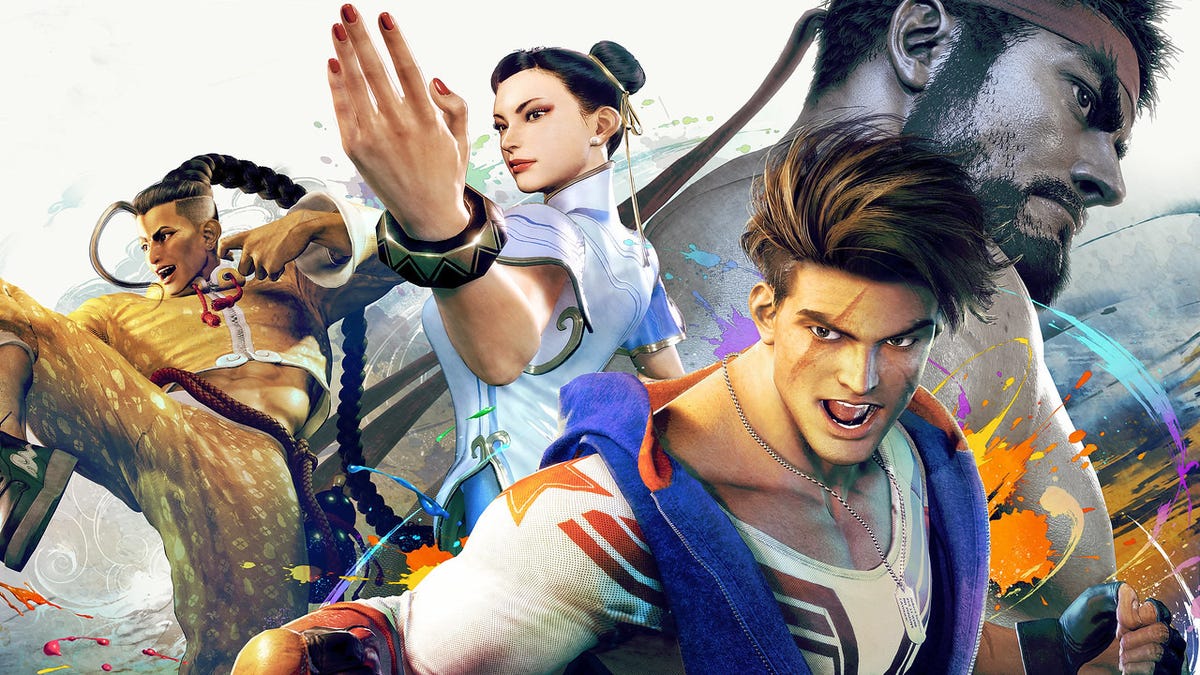 The most recent State of Play included a brief look at Street Fighter 6, which is currently set for a 2023 launch. But a new Capcom fighting game often means we’re in store for some Capcom fighting game leaks. This time around, it only took a few hours for artwork of what appears to be a sizable chunk of the Street Fighter 6 roster to show up online.

The images in question (check them out here) began to proliferate through social media Thursday evening, revealing several characters that will be playable in Street Fighter 6. Ryu, Chun-Li, and Luke are there sporting their updated designs, of course, as well as known newcomers Jamie and Kimberly, but don’t let that fool you: This is a massive deal that potentially blows away months of Capcom’s drip-feed marketing plans for the game.

Kotaku contacted Capcom for comment but did not hear back before publication.

All in all, the Street Fighter 6 leak pulls back the curtain on almost 20 individual characters, including series veterans like Ken, Zangief, Dhalsim, E. Honda, Blanka, Guile, Cammy, Dee Jay, Rashid, Juri, Ed, and Akuma. The real excitement, at least in my mind, comes from the fresh faces standing alongside the old-timers, which I’ve done my best to describe in the list below.

Update 06/03/2022 2:51 p.m. ET: In addition to the leaked images, two videos have surfaced online. The first shows Cammy (in her trademark leotard rather than the pants seen in the artwork, interestingly enough) performing a super move, while the second is a brief look at a Street Fighter 6 menu. The latter also seems to indicate that Mimi, the new French fighter, may actually be named Manon, a common woman’s name in her country.

It’s always wise to be skeptical about these kinds of things, but there are a lot of signs pointing toward the Street Fighter 6 leak being legit.

Although I couldn’t track down the original source—my research ended in a dead end on a random Discord server where the images were uploaded more than an hour before they showed up on sites like Twitter, Reddit, and 4chan—the artwork almost perfectly matches a months-old leak from a known insider. Street Fighter 6 assets released alongside yesterday’s preview also hint at several of these characters being in the game, from obvious choices like Cammy and Guile to pre-leak mysteries Kimberly and Marisa.

I’m confident this leak is the real deal. And if not, it’s the work of an incredibly skilled artist who was very lucky to have matched Capcom’s official designs based on only vague descriptions, fast enough to produce so much artwork so soon after the Street Fighter 6 presentation, or both.

A couple of questions remain, however. It’s still unclear if all these characters will be in the Street Fighter 6 launch roster or if they’re meant to be doled out piecemeal through subsequent updates. Furthermore, we don’t know for sure that everyone got past the design phase, though the unified aesthetics and presentation lead me to believe this is an internal asset that escaped the Capcom fighting game team’s leaky ship way too early.

In any case, this Street Fighter 6 leak is already building a level of hype among fans that more official showings have largely failed to attract. I’m not sure Capcom and its outside contractors are up to the task of translating these incredible designs to 3D purely based on how ugly some of the characters in Street Fighter V turned out, but consider me cautiously optimistic about the franchise for the first time in years.