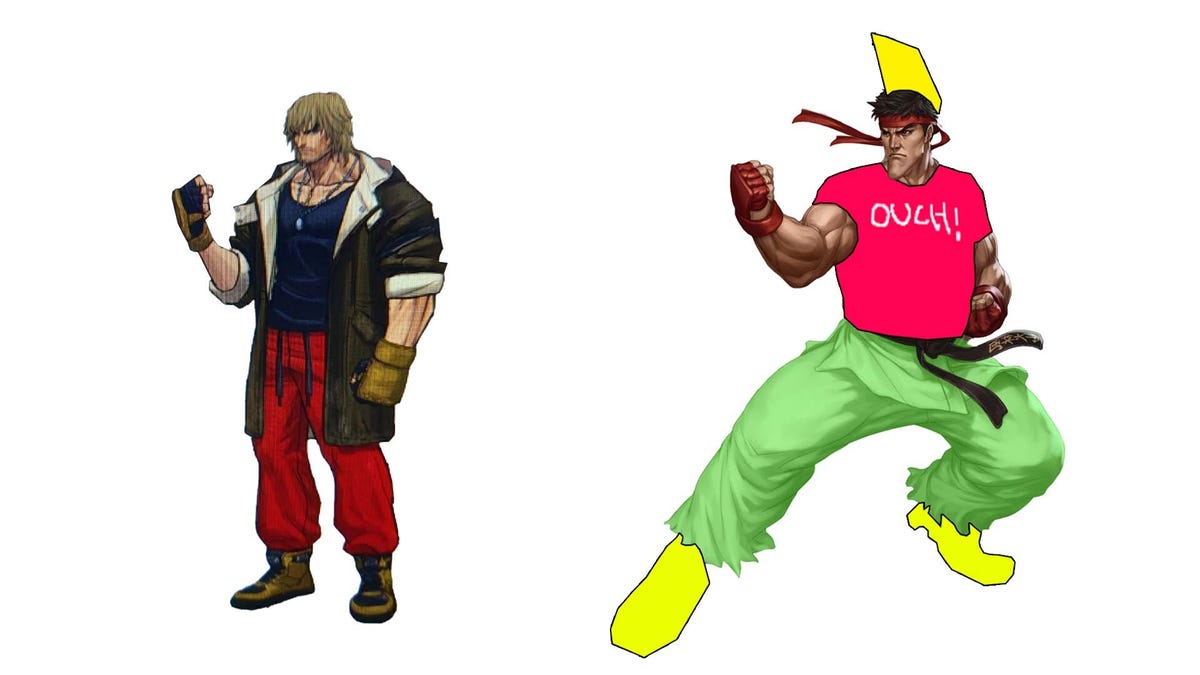 While many in the fighting game community were happy to finally see Street Fighter 6 in action during last week’s PlayStation State of Play, a very vocal majority of FGC connoisseurs who enjoy the games for their, err, riveting storylines have been absolutely reveling in the sorry state of former golden boy Ken Masters.

According to story leaks, Ken’s never-ending pursuit of his buddy and long-time rival Ryu has resulted in a devastating wake-up super from his wife, Eliza: She got “fed up” and left him, taking their son as well. To make matters worse (?) characters refer to him as “washed up” because Ken struggles to pull off his ever-reliable shoryureppa super (a series of three dragon punches). Going off the haggard look of Ken’s also-leaked character design, he’s taking the news as well as actor Michael B. Jordan is taking his split with Lori Harvey. Has there ever been a more perfect victim of white boy summer than Ken Masters?

Before we dive further into the fall of Ken, it’s important to remember the great man for what he once was. Ken is the best friend and rival to the series’ flagship character, Ryu. While Ryu slums it as the “fighting hobo,” often traveling the world shoeless and occasionally sporting an admittedly sexy beard in his quest to become stronger, Ken has been living it up in the lap of luxury as the heir to the Masters estate and husband to Guile’s sister, Eliza. While the trope of the family man losing his fighting spirit has loomed over Ken for some time, Ken has remained steadfast, testing his might against fighters around the world with the support of his wife all while cautiously avoiding jeopardizing their livelihood with Shadaloo nonsense.

That is, apparently, until SF6. Now the dude looks haggard and maidenless.

In reaction to Ken’s fall from grace, a cavalcade of memes and fanart appeared depicting Ken’s predicament as a result of him getting into NFTs (which he would totally get into) and a hilarious reinterpretation of “DP” (dragon punch) to stand for the divorce papers that Eliza has no doubt served him.

Among the other choice cuts this weekend have been a stark “then and now” comparison of Ken in Street Fighter III: 3rd Strike and SF6, a Venn diagram contrasting him with two other noted gaming himbos, a Simpsons meme of Ken pridefully displaying his race car bed, Ken protégée Sean taking in his master’s sad decline over burgs, and unkind gloating from one of Street Fighter IV’s less beloved personalities.

Despite the fall of Ken Masters being the hilarious reality we now find ourselves living in, it’s hard to feign surprise given all the warning signs the previous games have drip-fed us over the years. I mean, we all remember Ken’s banana-hair man-bun phase in Street Fighter 5. And if his fashion sense weren’t enough of a red flag, series fortune tellers Rose and Menat’s SF5 win quotes against him turned out to be extremely prophetic.

Ken’s fall from grace aside, some die-hard stans have taken the glass-half-full approach looking at no-good-very-bad days Ken finds himself in as a hint that SF6 may feature Violent Ken, basically the evil brainwashed nega version of Ken first featured in the obscure SNK vs. Capcom: SVC Chaos. While I opt to not look too closely into the disturbing implication that theory alludes to, I do take solace knowing that series punching bag Dan may no longer be the worst DPer. Keep on winning, Dan. You’ve earned it. Oh, and hang in there, Ken.