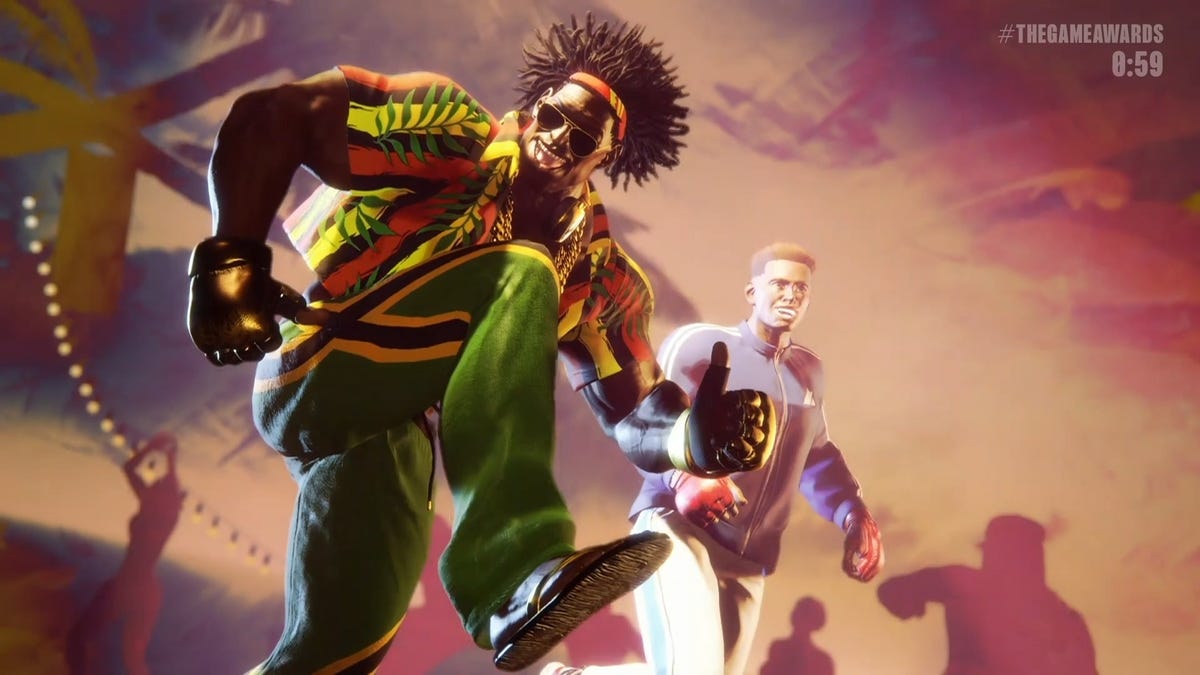 You may have already seen, but Street Fighter 6‘s June 2, 2023 release date leaked late in the day on December 8. Apparently Sony, whether accidentally or intentionally, published the date on the PlayStation Store, alongside three different editions that will be available come launch. Now, during Geoff Keighley’s The Game Awards, Capcom confirmed the date is in fact real. Mark your calendars, folks: Street Fighter is coming back next year.

The Game Awards dropped a new trailer for Street Fighter 6 during the pre-show, where we saw fighters travel around the (digital) world: France, Italy, the United States, and the like. There were also some minigames, including bottle chopping, board breaking, and basketball blocking. Weird stuff. We also saw some new characters, such as the capoeira fighter Dee Jay and the gladiator brawler Marisa, alongside a cool-looking 2v2 mode where a player-created fighter and Ryu battled against two other fighters on the same screen at the same time.

The June 2023 release date slip-up was spotted on the PlayStation Store by Twitter users bestprosplay3 and SurpriseBum. It then proliferated on gaming forum website ResetEra, with preorder pages allegedly corroborating the date. There appear to be three editions of the game: Standard, Deluxe, and Ultimate. The Standard Edition will apparently come with the base game, one outfit color for six unspecified characters, and “special titles and stickers.” The Deluxe and Ultimate versions feature the same stuff, with the only difference being the Deluxe packages the Year 1 Character Pass, whereas the Ultimate houses the Year 1 Ultimate Pass. Prices for these editions weren’t disclosed at the time.

More than seven years after Street Fighter V came out in February 2016, Street Fighter 6 is Capcom’s latest entry in the long-running fighting game series. It’ll feature all the usual characters—Chun-Li, Guile, Ken, Ryu, etc.—as well as some new faces, such as the fire-fisted Luke and (my personal fave) the kunoichi Kimberly. There are some new elements introduced in the upcoming entry, too, including the combo-breaking Drive Impact move, a robust character creator you can use in the single-player open world, and the incredible training mode that actually teaches you fighting game lingo. It’s an exciting release I’m stoked to get whooped in.

You don’t have to wait long to get your hands on the game. Yes, it does drop in June 2023, which is about six months away. But if you were part of Street Fighter 6‘s first closed beta, you can check out the second one that runs from December 16 to 19. Even if you didn’t get an invitation to play the first beta, you can still submit an application to get in on the second one through the game’s website. Two caveats here, though. The first is you must have a registered Capcom ID account. The second is that account must then be linked to whatever platform you’re applying to play on. Once you meet that criteria, and should you be selected, you will gain access to Street Fighter 6.

If you weren’t lucky enough to be picked for access to the game’s second closed beta, however, you will just have to wait until Street Fighter 6 launches in full on June 2, 2023. The game will land on PlayStation 4 and 5, Xbox Series X/S, and PC via Steam.