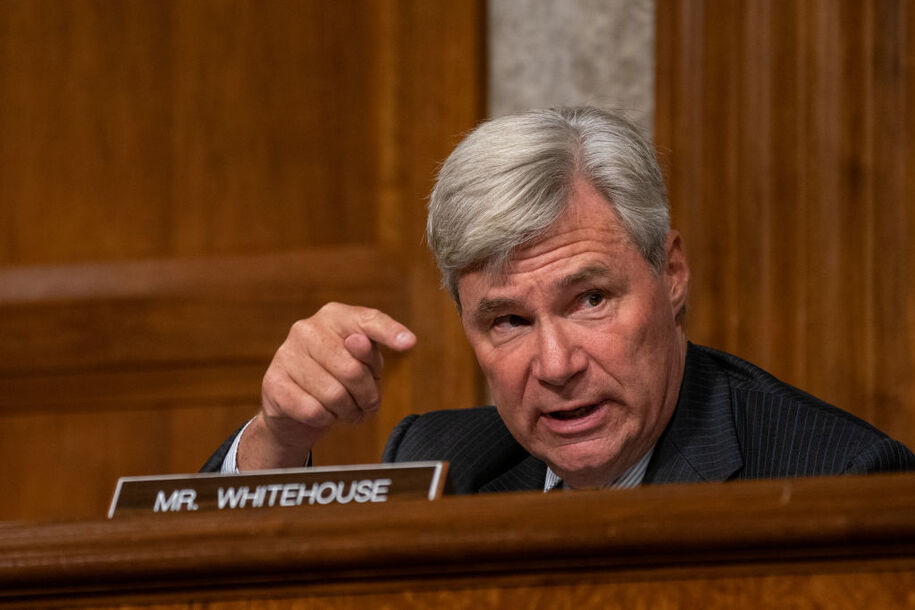 “Has Sheldon Whitehouse resigned from this racist & segregationist beach club yet?” Donald Trump Jr. asked on Twitter. “Have the media even asked him that simple question? Have the media called the club to ask how these policies could stand in 2021? Are there protests in front of the club?  Where’s the outrage?!?” The questions seem so insincere coming from the younger Trump that they almost feel like part of a bad joke. Although I have my fair share of sentiments about Whitehouse’s response—and I’ll get to those—the question readers should be asking is why the same GOP leaders calling for a ban on teaching critical race theory in schools all of a sudden are advocating for more diverse private clubs.

Journalist Amee Vanderpool tweeted on Monday: “In case you were wondering what this latest GOP smear attempt against Sheldon Whitehouse is all about, I assure you: it’s not about his exclusive beach club membership. It’s about (Senate Minority Leader Mitch) McConnell trying to stop Whitehouse’s bill to ban dark money from politics:”

In case you were wondering what this latest GOP smear attempt against Sheldon Whitehouse is all about, I assure you: it’s not about his exclusive beach club membership.

“The bill would require organizations spending money in federal elections to disclose their donors, allowing the American people to see who is attempting to sway their elections and gain control over their government,” Whitehouse’s office said in a news release last year. The senator added in the release: “Americans are drowning in anonymous political attacks and misinformation. That’s because a dark-money ‘tsunami of slime’ is washing over our democracy with virtually no way for the public to see who’s behind it. No wonder Americans are losing faith in our political system. It’s time to require big corporations and anonymous ultra-rich donors to take responsibility for their crooked influence campaigns.”

That’s a bill I can get behind. Problem is, Whitehouse isn’t doing his bill or the country any favors by flip-flopping on his devotion to rooting out systemic racism. He said all the right things in a statement last June, speaking out for justice after the deaths of Floyd, Taylor, and Ahmaud Arbery.

Taylor, a 26-year-old emergency medical technician, was shot and killed when officers serving a no-knock warrant barged into her home and opened fire even though the person they allegedly were searching for was already in police custody on March 13, 2020. Floyd, 46, was killed on May 25, 2020 when a white Minneapolis police officer responding to an allegation Floyd had used a counterfeit $20-bill kneeled on the Black father’s neck for more than nine minutes. Arbery, a 25-year-old Black man, was unarmed when he was accused of trespassing on the property of a South Georgia home, then hunted down and fatally shot on Feb. 23, 2020.

“Our country is at a crossroads,” Whitehouse said in the statement. “A nation reeling from a pandemic and an economic catastrophe that have disproportionately affected communities of color is mourning the tragic deaths of George Floyd, Breonna Taylor, Ahmaud Arbery, and so many others. All the while, President (Donald) Trump is toiling to deepen the fault lines in American life.

“We hear the voices of the peaceful protestors who have marched.  We can and must do better to root out systemic racism in its many forms and meet America’s full promise of justice for all.”

Except where exclusive beach clubs are concerned, apparently.

Meaghan McCabe, a spokeswoman for Whitehouse, tried to do damage control after facing the accusations tying the senator to the club. She told the Boston Globe in a statement that the club had “no such restrictive policy” barring members due to race or ethnicity. “The club has had and has members of color,” McCabe said in the statement. “The Senator has dedicated his entire career to promoting equity and protecting civil rights, as his record shows.” Whitehouse also told NBC-10: “There is no discriminatory policy, and the club has had and does have, a membership of color.”

The club itself has offered no such defense, telling Vice News: “We’re a very small private beach club. We have no comment at this time. We’re private. Our club information is private.” The senator, however, is very much a public figure who should be held accountable for the alliances he forms, especially since he is advocating for legislation to do exactly that. We have enough politicians who are willing to raise their voices in the fight against racism—as long as that fight doesn’t approach their doorsteps. What we need are actual public servants who walk the walk in the fight for racial justice.