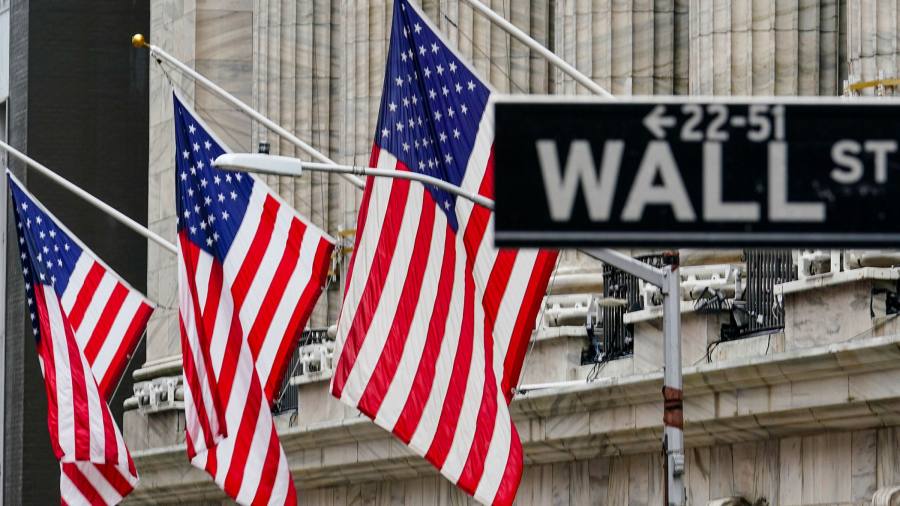 Global stock markets dropped on Tuesday, with companies whose fortunes are tied closest to the reopening of the global economy hardest hit.

Shares of travel and leisure companies led the retreat as global coronavirus cases rose. An index of stocks that Goldman Sachs estimates “stand to benefit the most in a reopening scenario” fell 2.6 per cent, with shares of hotel operator Marriott International declining 4 per cent and American Airlines falling 5 per cent.

Bank and financial stocks also slid after the European Central Bank gave a downbeat assessment of credit conditions in the pandemic-scarred bloc.

The declines come during what is expected to be a bumper quarterly earnings season. Blue-chip US companies are projected to report quarterly earnings growth of about 25 per cent year on year on the back of a strong economic recovery from the coronavirus.

But lofty equity valuations and a longstanding expectation that this earnings season would be stellar left little room for further improvements, said Trevor Greetham, investment strategist at Royal London.

“With stock markets, it is often better to travel than to arrive,” he added.

European equities also dropped on Tuesday after the region’s fragile economic recovery was called further into question by a survey suggesting that bank lending in the bloc was declining.

The Stoxx Europe 600 index closed down 1.9 per cent and the UK’s FTSE 100 dropped 2 per cent. The declines followed a survey from the ECB that raised questions over the durability of the region’s fragile economic recovery.

The report from the central bank, which comes ahead of its next monthly meeting on Thursday, showed that European lenders may restrict access to credit in the second quarter of this year.

“This reflects banks’ uncertainty regarding the severity of the economic impact of the third wave of the pandemic,” the ECB said.

The ECB has committed to spending €1.9tn on bonds, stepping up its purchases in recent weeks. Yet analysts fear policymakers may not communicate strongly enough how they plan to soften the blow from the health crisis.

“We do not expect to hear anything inspiring” from the ECB after Thursday’s meeting, said Nadège Dufossé, head of cross-asset strategy at fund manager Candriam.

Analysts at Bank of America also forecast “no additional guidance for the months ahead” from the ECB. This, they said, could leave “room for market jitters ahead of the June meeting” while “the risk of a hawkish policy mistake can’t be ruled out”.

US government bonds strengthened as equities shifted lower. The yield on the 10-year Treasury, which moves inversely to its price, slipped 0.04 percentage points to 1.56 per cent.

The yield, which has climbed from about 0.9 per cent since the start of the year, influences borrowing costs worldwide and is highly sensitive to expectations about the central bank’s future interest rate decisions.