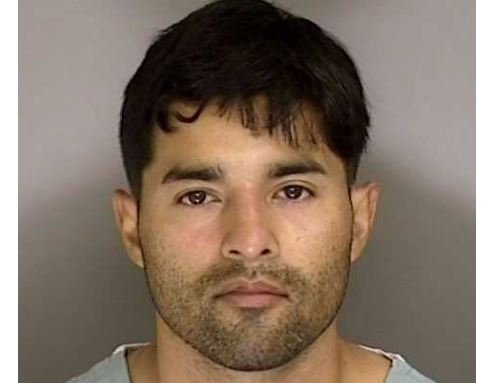 As previously reported, one sheriff’s office deputy was shot dead and another wounded during a drive-by shooting at a federal courthouse in Oakland, California in May 2020.

Carrillo was also a suspect in the ambush killing of Santa Cruz County Sheriff’s Sgt. Damon Gutzwiller and another sheriff’s deputy as they responded to reports of a van full of explosives.

Steven Carrillo was sentenced to 41 years in prison for the murder of Underwood and attempted murder of another officer in connection with the May 29, 2020, drive-by shooting at the Ronald V. Dellums Federal Building and US Courthouse in Oakland, California, US Attorney Stephanie M. Hinds announced on Friday.

Via the US Attorney’s Office of Northern California:

Carrillo, 34 of Ben Lomond, pleaded guilty to the federal charges on February 11, 2022. According to the plea agreement Carrillo admitted that he intended to kill the two officers and acted with premeditation by firing on the officers from a van driven by another individual. Carrillo agreed that his killing of Officer Underwood was first degree murder as defined by the federal statute at 18 U.S.C. § 1111. Carrillo also admitted that during the months before the shooting, he aligned himself with an anti-government ideology and wanted to carry out violent acts against federal law enforcement, in particular.

Carrillo posted messages and writings on social media sites during the weeks leading up to the shooting, describing the timing as favorable for the destruction of the government. Carrillo admitted that on May 29, 2020, he posted social media comments referring to the ongoing protests over the killing of George Floyd, and he made plans to travel to an area in Oakland where protests were expected that night. Carrillo admitted that he went to the protests with another individual, and Carrillo brought firearms and incendiary devices in a van driven by the other individual. After observing the protests, federal building and courthouse, and surrounding area, at approximately 9:44 p.m., while the other individual drove the van, Carrillo fired approximately 19 shots at the two security officers, killing Officer Underwood and wounding a second security officer with life-threatening and permanent injuries. In addition, Carrillo agreed and recommended to the court that a reasonable and appropriate disposition of this case would be 41 years in prison and a lifetime term of supervised release.