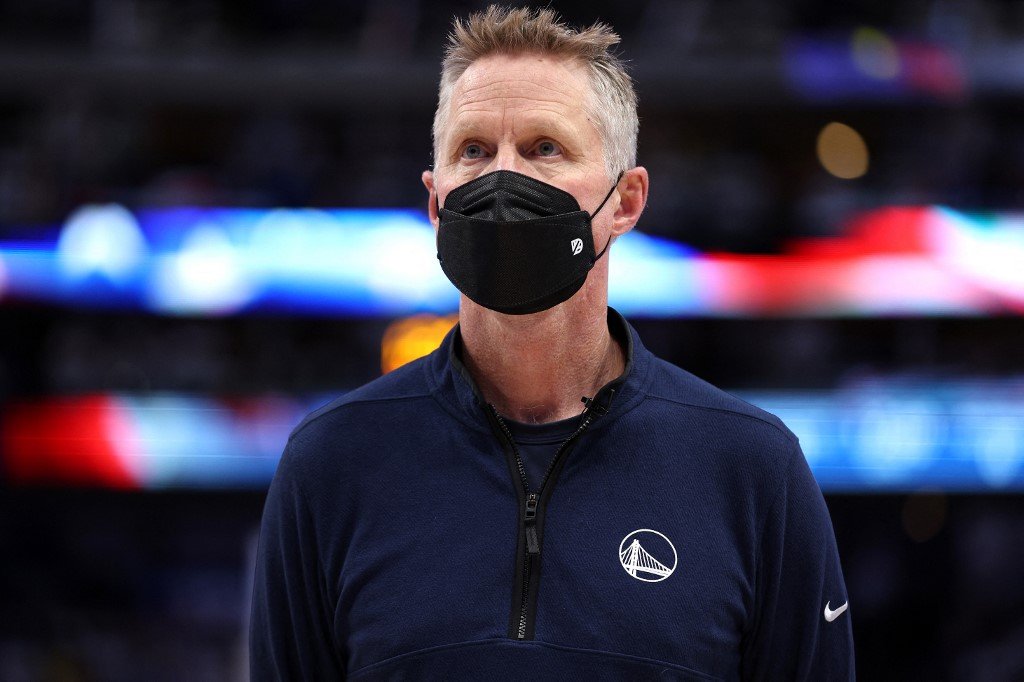 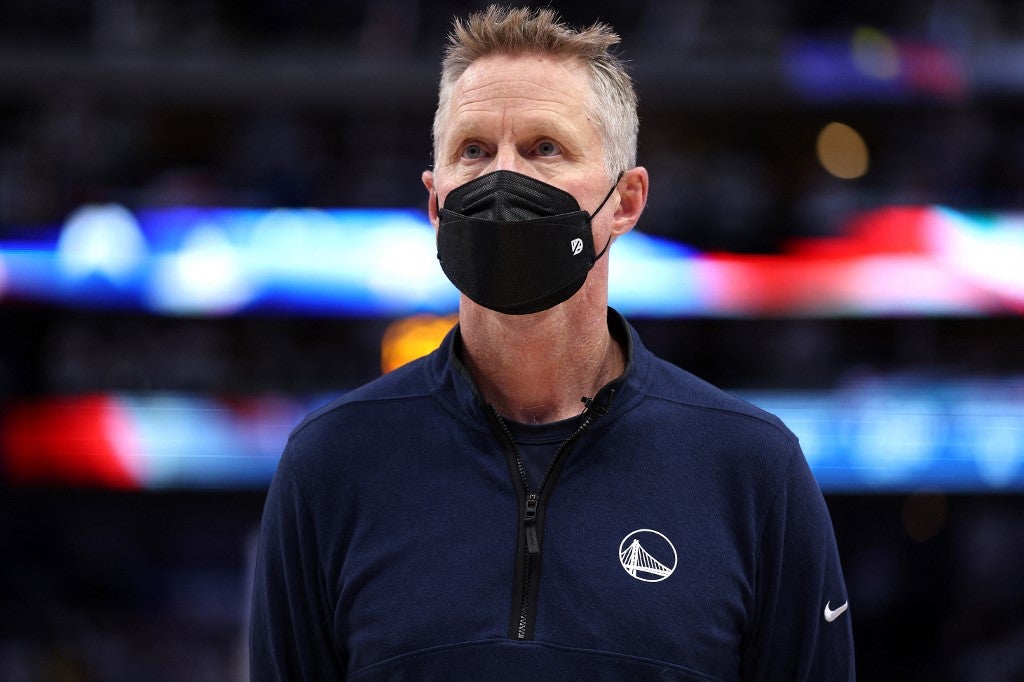 Head coach Steve Kerr of the Golden State Warriors looks on during the national anthem prior to Game Four of the 2022 NBA Playoffs Western Conference Finals against the Dallas Mavericks at American Airlines Center on May 24, 2022 in Dallas, Texas.  Tom Pennington/Getty Images/AFP

Golden State Warriors coach Steve Kerr made an impassioned plea for gun control in the wake of the Texas school shooting that left 18 children dead on Tuesday as the US sporting world reacted with horror over the tragedy.

Kerr refused to talk about his team’s NBA playoff match with the Dallas Mavericks in a pre-game press conference, held hours after a teenage gunman opened fire at a school in the Texas town of Uvalde.

An emotional Kerr, one of the most outspoken and articulate voices on social issues in American sport, slammed his hand on a table as he accused US lawmakers who refuse to vote on tougher gun laws of “holding the American people hostage.”

“Since we left shootaround, 14 children were killed 400 miles from here, and a teacher. In the last 10 days, we’ve had elderly black people killed in a supermarket in Buffalo, we’ve had Asian churchgoers killed in Southern California, now we have children murdered at school.

“When are we going to do something? I’m tired. I’m so tired of getting up here and offering condolences to the devastated families that are out there.

“I’ve had enough. We’re going to play the game tonight. But I want every person here, every person listening to this, to think about your own child or grandchild, mother or father, sister, brother.

“How would you feel if this happened to you today” asked Kerr, whose father was murdered by Islamic militants in Beirut in 1984.

Kerr reserved toughest criticism for members of the US Senate who have refused to vote on legislation that would introduce stricter background checks for gun owners.

“We are being held hostage by 50 Senators in Washington who refuse to even put it to a vote, despite what we the American people want.”

“Like when is enough enough man!!!,” James wrote on Twitter. “These are kids and we keep putting them in harms way at school. Like seriously, “AT SCHOOL” where it’s suppose to be the safest!

“There simply has to be change. HAS TO BE!!”

NFL athletes also demanded change. The Kansas City Chiefs’ Super Bowl-winning quarterback Patrick Mahomes, who grew up in Texas, wrote on Twitter: “Has to stop man…prayers to all the families in Texas.”

“Who is going to stand up and DEMAND we have better security at all these schools that can’t afford it????” Lawrence wrote. “How are our tax dollars not going to those who need the most protection??!! OUR CHILDREN! ENOUGH IS ENOUGH!”