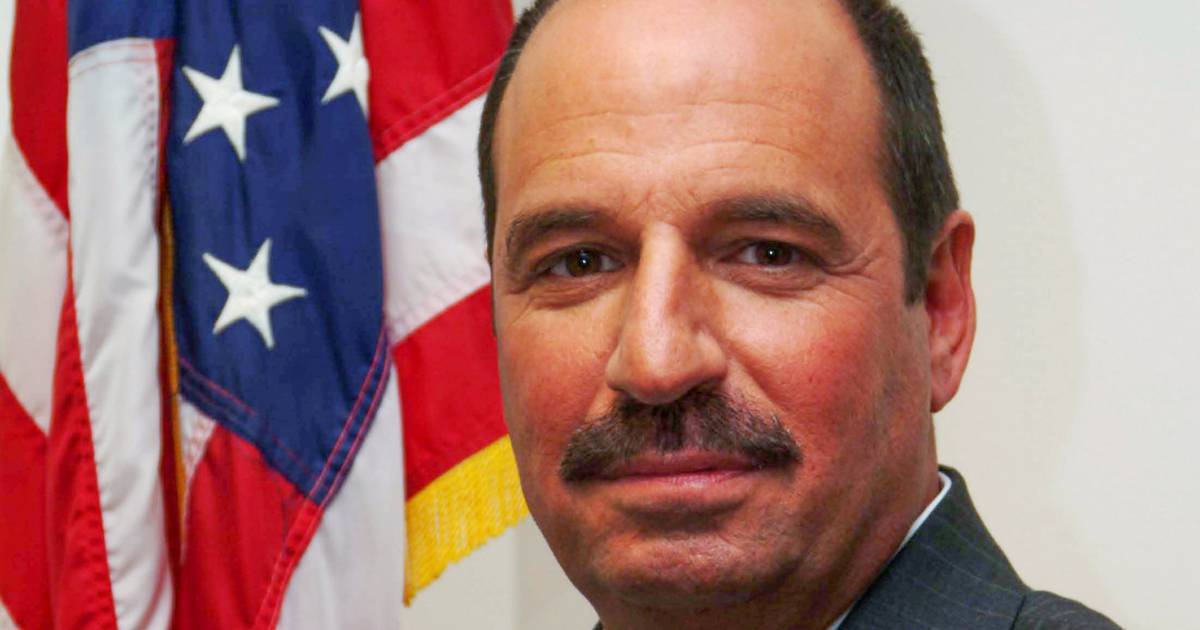 The stepsons of a deceased mob-connected businessman have been charged with participating in a red-light camera kickback scheme that allegedly funneled thousands in cash payments to the then-mayor of Oakbrook Terrace in exchange for a lucrative cut of ticket proceeds.

James Colucci, 52, of Lisle, and Joseph Colucci, 47, of Mokena, are the latest to face federal charges stemming from a sweeping federal investigation into bribes and kickbacks involving red-light cameras installed by SafeSpeed LLC, which generates millions of dollars in fines from motorists each year in nearly two dozen Chicago suburbs.

An indictment made public Friday charged the Coluccis with four counts of wire fraud. Attorneys for each defendant could not immediately be reached.

According to the charges, the Colucci brothers illegally benefited from a deal struck in 2012 by their late stepfather, Dennis Colucci, whose company acted as a sales representative for SafeSpeed as it sought to expand to new territory.

It’s unclear from the charges how much money ultimately flowed to DSC Enterprises, but according to available data, Oakbrook Terrace’s red-light cameras generated nearly $17 million in revenue from 2017 to April 2021. Based on the amount of that money that went to SafeSpeed, the cut for DSC would have been about $900,000.

After the money started flowing, Dennis Colucci — a onetime associate of notorious Outfit hit man Harry Aleman — agreed to pay $3,500 a month in cash bribes in return for the mayor’s continued support of SafeSpeed-operated cameras in his town, the indictment alleged.

Before he died in January 2018 at the age of 78, Dennis Colucci met with Ragucci and his stepsons to discuss the arrangement, telling the brothers to “continue making monthly payments to Ragucci” after his death, according to the indictment.

Ragucci, meanwhile, was also soliciting cash payments from SafeSpeed co-founder and executive Omar Maani in exchange for renewing the company’s annual contract with the town, the indictment alleged.

The Colucci brothers allegedly continued to pay the mayor each month until September 2019, when the investigation went public with a series of FBI raids.

Unbeknownst to Ragucci and the Coluccis, Maani had started secretly cooperating with federal investigators shortly before Dennis Colucci’s death, according to the indictment.

Sources told the Tribune that Maani made numerous recordings of conversations with Ragucci and the Colucci brothers.

Ragucci, 66, was charged last month in a criminal information with one count each of honest services wire fraud and filing a false tax return. He faces up to 20 years in prison if convicted, but sources have said he is cooperating with investigators and is expected to plead guilty at a later date.

Maani struck a deferred prosecution agreement with the U.S. attorney’s office that could see bribery conspiracy charges against him dismissed after his cooperation is complete.

SafeSpeed and its CEO, Nikki Zollar, have denied any wrongdoing, saying that any bribes offered by Maani occurred without the company’s knowledge.

In a statement to the Tribune on Friday, a company spokeswoman said “all outside sales consultants were associates of (Maani) and were retained based on his recommendation.”

“Their actions were clearly in their own self-interest and done without SafeSpeed’s knowledge and undercut the important work SafeSpeed does,” the company has previously said. “The criminal activity of a few individuals does not and should not reflect the values and integrity of SafeSpeed, its employees, and its clients.”

The allegations against the Coluccis added new intrigue into what has already been a sprawling case, ensnaring then-state Sen. Martin Sandoval, the then-powerful head of the Senate Transportation Committee, Crestwood Mayor Louis Presta, and several longtime Democratic political operatives.

News reports and sources indicate Dennis Colucci’s ties to Outfit figures went back decades, though he never was charged with any mob-related activity.

Neither of the elder Colucci’s stepsons are alleged to have any mob ties. Joseph Colucci is a real estate and mortgage broker who also owns a bar in Tinley Park that was recently granted an application for a video gambling license with the Illinois Gaming Board, records show.

James Colucci also worked in the mortgage lending business. His LinkedIn profile lists him as a manager at a Chicago-based health care consulting firm.

In May 1977, Dennis Colucci was one of four alibi witnesses who testified on behalf of Aleman, one of the Outfit’s most feared killers who was on trial for the 1972 slaying of William Logan, a truck dispatcher and Teamsters union member.

According to a Tribune report of the trial, Colucci, then a dock worker at McCormick Place, testified he was with Aleman hitting golf balls at a Melrose Park driving range on the night Logan was gunned down outside his West Side home.

Backing up that story was Aleman’s wife, Ruth, who said she’d dropped Aleman off around 7 p.m. and returned to the range about four hours later, where the men were still hitting golf balls. “We sat around the table and talked,” she said. “We left either shortly before or after midnight.”

Aleman was retried and convicted of Logan’s murder in 1997 — the first defendant ever in the U.S. to be found guilty of murder after previously being acquitted in the same killing. His defense team in the second trial had again raised the golf range alibi, but Colucci was not among the witnesses who testified, records show.

In 2019, the Tribune first revealed that the Colucci family was under federal scrutiny in the red-light camera probe in a story about an unrelated 2016 real estate deal involving a Florida condominium owned by then-state Sen. Terry Link.

Link, who was under federal investigation at the time for tax issues, had sold the condo to Joseph Colucci’s mother-in-law, Catherine Lofrano, for $150,000, but never reported the profit on his state ethics form as required the Tribune reported.

Link had already been identified by the Tribune as the unnamed senator who wore a wire on then-state Rep. Luis Arroyo of Chicago as part of an FBI sting — a case that led to Arroyo’s resignation and conviction on bribery charges.

In an interview with the Tribune, Link said then that the condo sale to Colucci’s mother-in-law was merely a coincidence. He said he does not know the Coluccis, and that Lofrano bought the condo after meeting Link’s wife by the condo complex’s pool while the woman and her husband were vacationing there as renters.

Given the connection to another branch of the investigation, Link said, “I could see where you would look at that, but I don’t know them.”

State campaign records show that in the years Dennis Colucci was operating as a SafeSpeed sales rep, he and his company were spreading campaign donations around to politicians in many areas where the company was seeking to install cameras, including Oakbrook Terrace, Stone Park, Melrose Park and Berwyn.

In 2017, DSC Enterprises also made two donations totaling $500 to the Westchester First Party, which was supporting a slate of candidates for village trustee and other political positions in suburban Westchester, records show.

On Thursday, the day the federal grand jury returned the indictment against the Coluccis, the Tribune reported that the state had revoked the operating permit for Oakbrook Terrace’s cameras, at Illinois Highway 83 and 22nd Street.

The Illinois Department of Transportation said the suburb hadn’t followed state requirements on submitting periodic reports documenting that the cameras had improved safety — requirements that the Tribune previously found IDOT had long failed to enforce.

Esposito argued that Oak Brook has been opposed to the cameras because it feared the cameras scared away customers to its nearby mall, what Esposito called a “tragic example of the profits (for the mall) taking precedence over the safety of the motoring public.”

Oak Brook has maintained the cameras are actually about gouging drivers. And Oak Brook officials were readying a lawsuit to try to force IDOT to take down the cameras, said village trustee Michael Manzo, who’s helped lead the effort.

Manzo told the Tribune village officials previously pleaded with state lawmakers and IDOT officials to take the cameras down, citing the ever-widening federal corruption probe that tied in to those cameras.

“All the elected officials from Springfield just kept making excuses about how this can’t be done,” Manzo said. “Only in Illinois can you uncover a corrupt scheme, and even after it’s uncovered, it’s allowed to continue.”