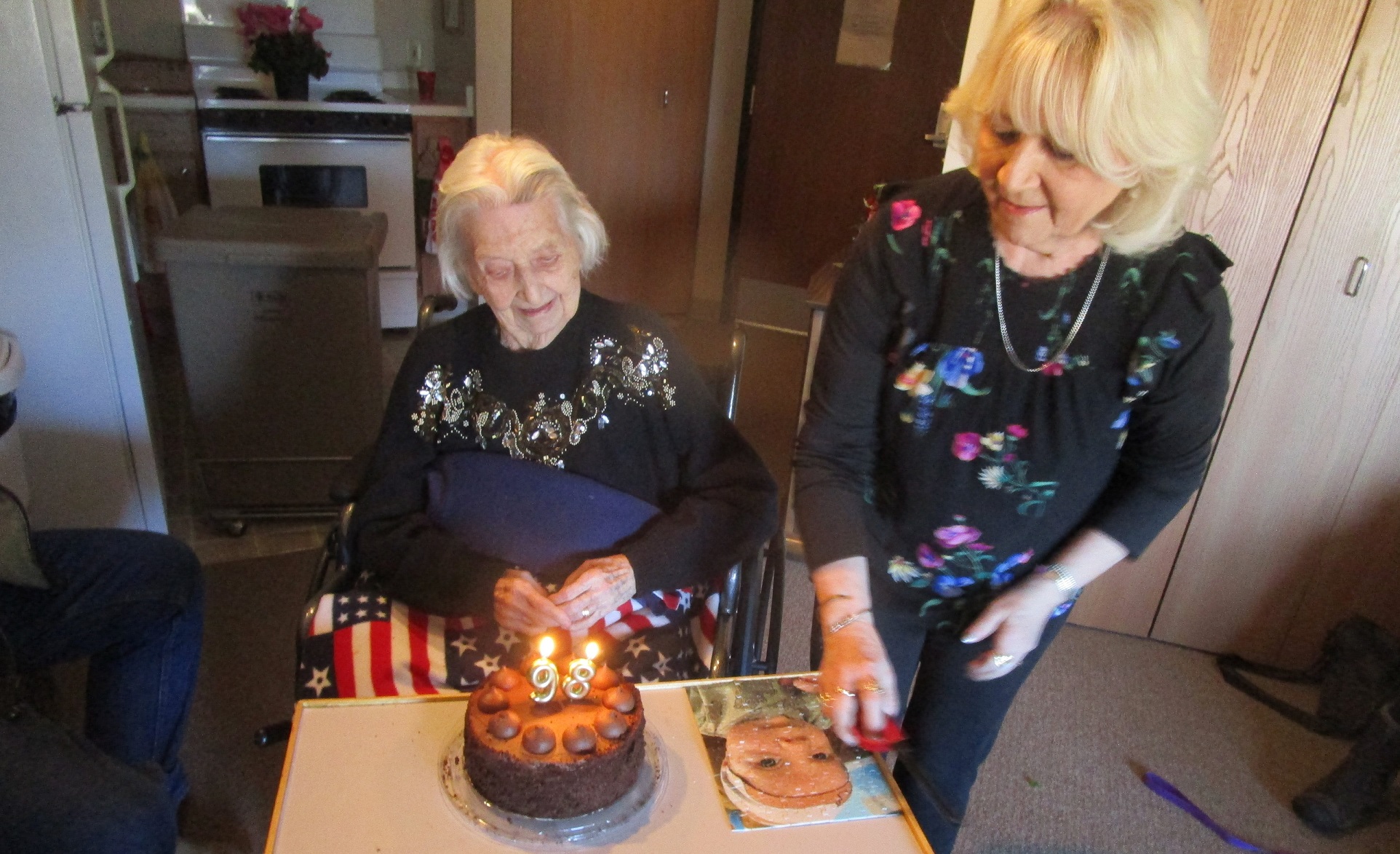 Officials at the Wisconsin Department of Health Services (DHS) have created a fraudulent document as part of an apparent cover-up regarding its investigation into the eviction of my then-97-year-old mother from a senior care facility last fall.

The falsified document was recently posted on the state’s online portal for complaint investigations regarding regulated care facilities. It replaces a 12-page report that reached directly contrary findings, while purporting to have been created on the same date as the original. The change seems to have been made within the past several weeks.

According to this new document (archived here from a copy made May 31, 2022, in case it is altered again), falsely asserts: “On 11/08/2021, Surveyor conducted a complaint investigation at ProHealth Care Regency Senior Community New Berlin. No deficiencies were identified. The complaint was not substantiated.”

In fact, the inspector from the Division of Quality Assurance, part of DHS, identified two deficiencies in the original report, which were the basis for fines against the Regency totalling $1,500. “The complaint was substantiated,” it states.

The new, fraudulent document wipes the inspector’s Statement of Deficiencies from the public record — although, as of this writing, the subsequently issued Notice and Order identifying the deficiencies and imposing the fines still appears on the division’s online complaint portal. (If it should be subsequently removed or replaced, this document is cached here.)

As I have written about in multiple outlets, my mother, Elaine Benz, was evicted from the Regency, a senior care facility in New Berlin, Wisconsin, where she had lived for 10 years, on Oct. 28, 2021. Our family was given less than 24 hours’ notice that we would need to find a new place for her to live, which was deeply traumatizing.

Elaine, who has since turned 98 and is now living at a different facility, was forced to spend an additional 19 days at a physical rehabilitation center then in COVID-19 lockdown, unable to have normally daily visits from my sister, Diane. The cost for these 19 days, during which she received no rehabilitative care, was $7,486.

We contacted the state and were assured by multiple DHS officials within the Division of Quality Assurance and the Wisconsin Board on Aging that the Regency was in apparent violation of the state administrative code DHS 89, which requires that facilities give at least 30 days advance notice before evicting a resident, and that its failure to do so would result in enforcement actions including fines.

These fines were imposed in the Notice and Order issued on Feb. 1, 2022.

The Regency appealed the citations, requesting a hearing before the Division of Hearings and Appeals, part of the Department of Administration. But rather than defend the findings of its frontline staff, the division and others within DHS decided to rescind the deficiencies and citations altogether. According to a Stipulated Settlement Agreement signed April 20, 2022, a decision was made to dismiss due to unspecified “additional information” that was provided.

Neither I nor Diane, with whom I share power of attorney for our mother when it comes to health care, have any idea what information this refers to. The state did release to me some records regarding our mom’s care that were provided by the Regency, but by the state’s own admission none of these records offer a defense of the Regency’s actions or even attempt to explain the released records’ significance.

The two deficiencies that were identified in the now-purged inspector’s report seem fairly solid and straightforward. The Division of Quality Assurance inspector, Geralyn Spitzer, found that the Regency had falsely claimed that Elaine’s condition presented an “emergency” requiring her immediate discharge; and that it had failed to perform a required comprehensive assessment in consultation with Elaine and her family before kicking her out.

In fact, there was no “emergency” that required our mom to be evicted without our being given the 30-day advance notice that the law requires. A medical evaluation performed just days before the eviction found “no documented evidence” that Elaine needed continued skilled medical services or more intensive care.

In an April 27, 2022, letter to Karen Timberlake, secretary-designee of DHS, I noted multiple falsehoods in the Regency’s representations regarding Elaine’s level of care, and took the department to task for backing down after the Regency objected.

The letter stated: “What has happened here is an egregious failure on the part of DHS to enforce state administrative code against an especially flagrant violator. You are making it clear that providers of care to the elderly can violate the state’s rules with impunity. As such, the decision of the Department of Health Services to dismiss this case puts all of the state’s most vulnerable residents at unnecessary risk.”

In a response letter to me dated May 19, 2022, Otis Woods, administrator of the Division of Quality Assurance, acknowledged what the DHS is now trying to cover  up—that the initial inspection identified two deficiencies, which were later rescinded. Woods said that a review of the evidence by DHS legal counsel and DQA staff “determined that the deficiencies did not meet the threshold for a regulatory citation. As a result, the deficiencies were rescinded.”

No reason for this reversal was given, nor was any effort made to investigate the specific representations that we made in the grievance I filed with his agency and in my letter to Timberlake.

The state’s failure to enforce its own rules comes as “facility-initiated discharges” have been flagged by the Office of Inspector General for the U.S. Department of Health and Human Services as a serious national problem. The issue of lax enforcement is raised repeatedly in the office’s 40-page report.

ProHealth Care, the Waukesha-based company that owns the Regency, raked in $103 million in “revenue less expenses” in fiscal year 2020, and over a six-year period paid its CEO, Susan Edwards, nearly $19 million.

Do the state officials who issued the citation agree that the unspecified “additional information” was so compelling that their judgment should have been overruled? I have asked this question, but gotten no response.

If there is a very good reason, or any reason at all, that the judgment of the frontline staff was overruled, why should Diane and I, as our mother’s designated health care guardians, not be permitted to know what it is?

Even before I discovered that the state had replaced its inspector’s findings with a fraudulent document purporting to have been issued more than five months ago, I called on Gov. Tony Evers and members of the Legislature to order an independent investigation into the DHS’s capitulation to pressure from a violator of state law.

That probe is even more urgently needed now.

GET THE MORNING HEADLINES DELIVERED TO YOUR INBOX