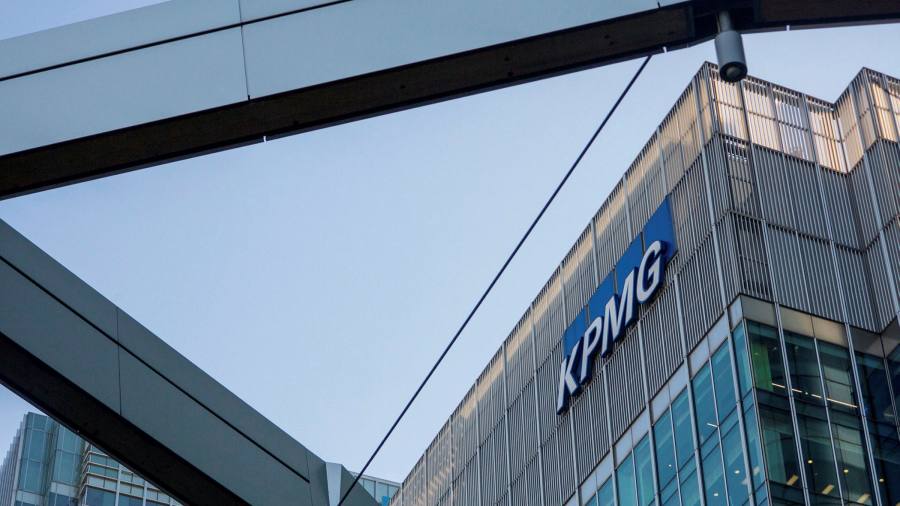 KPMG’s global leadership has been accused by staff of failing to act on written complaints about the conduct of the chief executive of the accounting firm’s business in the United Arab Emirates.

Current and former KPMG employees told the Financial Times they had contacted the firm’s global leaders by email and on its whistleblowing hotline at different points over the past three years but that no clear action was taken. “I don’t think they care,” said one former member of staff.

These people described a culture of fear at KPMG Lower Gulf, which operates in the UAE and Oman, with colleagues suffering a backlash if they disagreed with the approach of its chief Nader Haffar.

“The only way to keep your job is to stay quiet,” said one former partner, adding that people who disagreed with Haffar were “immediately sidelined or fired”. Another former partner said Haffar had “the hottest temper you’ve ever seen”.

Another three former employees said they were afraid to raise similar concerns with the global organisation KPMG International, for fear of retaliation from the Lower Gulf practice’s management team.

“Many of us ask how we can credibly advise clients and provide assurance to shareholders, when our own leadership fail to uphold our most basic values which we broadcast as being sacrosanct,” said one employee, who sent an anonymous whistleblower complaint — seen by the FT — on Tuesday to KPMG’s global chair and chief executive Bill Thomas.

KPMG Lower Gulf was pitched into chaos last week after a group of partners discussed holding a secret ballot to determine whether Haffar had lost their support but later dropped the plan, according to people familiar with the situation. The plot followed the exits of senior partners who were forced out after expressing concerns about governance, the people said.

The partners had expressed concern over the position of Talal Cheikh Elard, Haffar’s brother-in-law, who was hired as a partner in October and appointed to the executive committee. Tensions erupted in recent weeks after senior partners questioned an attempt by Haffar to give Elard a more powerful role, said people with knowledge of the situation.

Elard’s appointment was a surprise to some at the firm because he spent most of his career at an advertising agency. Some at the firm were initially unaware of the personal relationship between Haffar and Elard, which one insider said “landed as a bombshell afterwards”.

People at KPMG have also raised concerns about Haffar and Elard’s conduct, which has included banging desks and shouting at staff. Staff have been reduced to tears by senior executives’ behaviour, said a current employee. “I don’t think anyone should have to work under those conditions,” the employee said.

They added that conduct at KPMG Lower Gulf was “the sort of stuff that just wouldn’t be tolerated anywhere else in the global network so I am surprised it is tolerated here.”

“Our firm is all about transparency and integrity. I think we need a full explanation about how this situation has evolved. And if that isn’t clear, Nader and Talal need to leave to restore trust.”

Haffar and Elard have remained in their roles and did not respond to requests for comment made through KPMG.

KPMG Lower Gulf said the three partners who left the firm in recent weeks had resigned and that it had put succession plans in place.

Like the other Big Four accountancy firms — Deloitte, EY and PwC — KPMG is a network of national and regional firms that are separately owned but share a brand and sign up to common global standards.

KPMG International said: “We take all reports received by the international hotline seriously, and for each of them we respond, and take appropriate action.”

It declined to comment on the governance and conduct concerns at KPMG Lower Gulf but said it took such allegations seriously. “We encourage all colleagues to speak out if they see or hear anything they consider to be inappropriate, and take action as necessary,” it said.

In an internal email this week, seen by the FT, KPMG’s Lower Gulf staff were told not to respond to inquiries from the press and that they would be updated about recent changes at the firm “in the coming days”.

A second internal email sent directly from Haffar to staff stated that the firm is “built on the values of Integrity, Excellence, Courage, Together, For Better”.

“I would like to reiterate that all KPMG colleagues are encouraged to speak out if they hear or see anything they consider inappropriate, no matter the topic,” he said in the email, also seen by the FT.

If you have an insight into related issues in the accounting sector that could inform our reporting, please contact madison.marriage@ft.com and michael.odwyer@ft.com. We want to hear from you. If your information is particularly sensitive, consider contacting us using one of these secure methods.