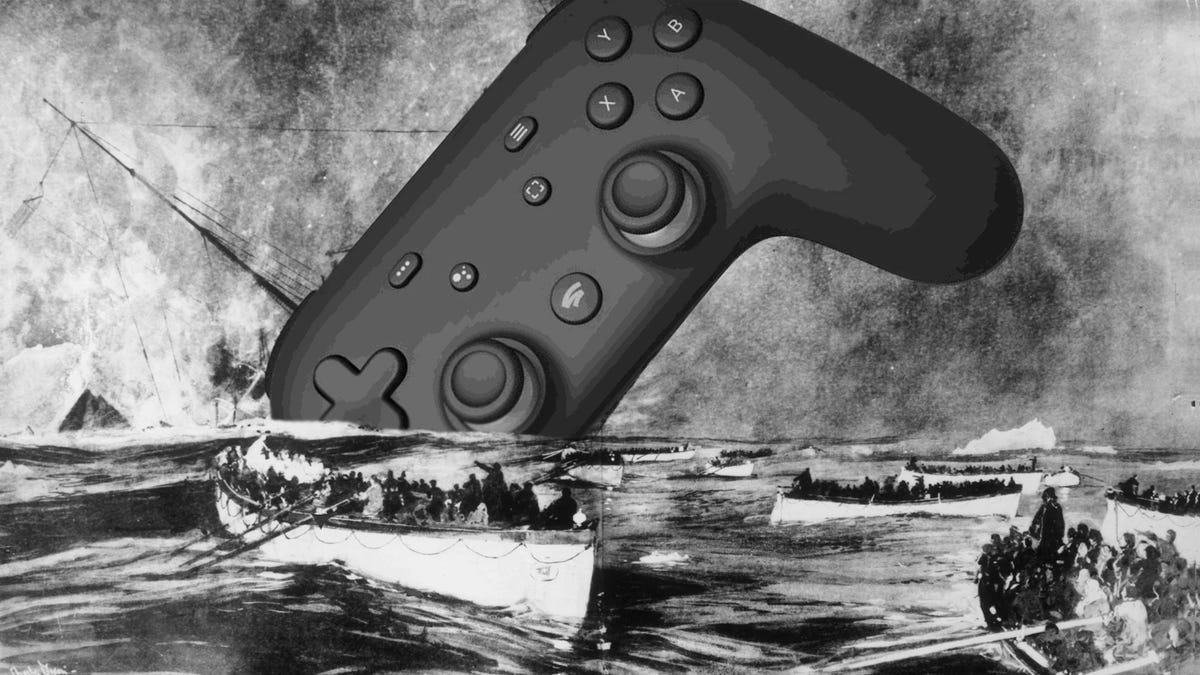 Few thought Google’s troubled streaming service, Stadia, might ever become a dominant player in the gaming industry, but almost no one expected it to shut down so abruptly, including the company’s own employees. Stadia VP Phil Harrison, fast becoming the grim reaper of new gaming initiatives, informed staff of the news around the same time everyone else was learning about it from a public blog post. Work they had been doing up until that very moment suddenly became irrelevant, while developers in the middle of porting their games to Stadia still have no idea what comes next.

“Tangle Tower was due to launch on Stadia in 2 days time, and this article was the first I heard about it shutting down,” Tom Vian, one half of Snipperclips studio SFB Games, tweeted yesterday. Other developers felt similarly sucker-punched. “We have a title coming out November 1st,” replied Rebecca Heineman. “Now we hear about this.”

Studios have partner managers at Stadia to help with the process of porting games, getting them certified, and any other issues that may come up during the collaboration. Many had spoken to their counterparts as recently as this week and there was no hint that anything was awry. “We’d signed a deal and had been working towards a release on Stadia/Stadia Pro for Arctic Awakening in 2023,” GoldFire Studios founder James Simpson told Kotaku. “We just had communication with [our partner manager] earlier in the week going through some next steps, so there was no indication that anything was changing.”

Publisher No More Robots was in a similar situation. “We have a game on there called Heist Simulator which was due to come out of Early Access in 2023, so our recent development for that on Stadia has been obviously pointless,” spokesperson Mike Rose wrote in an email. “We were also due to launch Soccer Story on Stadia in November, and that has money attached to it that we’re meant to receive. It could be that we’re still going to see that, but given that we literally can’t release on Stadia anymore, I’m not holding my breath!”

One reason developers probably received no indication that they should stop working on Stadia projects was that even many employees at Stadia had no idea what was coming. Shortly after yesterday’s public announcement, someone claiming to be a Google employee shared a screenshot on Reddit of a meeting invite from Harrison. “We’ll be having a Stadia team meeting today, September 29th at 8:30 AM PT to share some important updates with everyone,” it began. The important update turned out to be that Google was killing Stadia by the beginning of next year, according to two current employees who wish to remain anonymous because they were not authorized to speak to the press about company business.

“It’s a weird experience starting your work day and realizing the feature you’ve been working on for 6+ months and were launching soon is no longer relevant,” Google engineer Peter Elst tweeted today. “If nothing else it does put things in perspective, onwards and upwards.”

The abrupt and sloppy nature of the decision rollout recalls the way Google shut down its Stadia first-party game studios in early 2021. One week, Harrison was praising the work of multiple teams as they waited to move their projects from the concept phase into production. The next he was shutting it all down and blaming the move in part on Microsoft’s acquisition of Bethesda, Kotaku reported at the time.

This time around, the decision seems to be part of Google’s company-wide belt tightening amidst a massive downturn in the tech world’s financial fortunes. Hiring and contracts were frozen earlier this year, and last week CEO Sundar Pichai told staff not to “equate fun with money” as he defended slashing certain employee perks despite billions in profits.

One casualty of this new attitude was the Pixelbook laptop, which The Verge reported was planned to continue as recently as a few months ago. Now Google’s ambitious foray into gaming appears to be another. “We knew Stadia was on the chopping board but I guess we still had hopes that it was so much investment that it was cheaper to keep it going, even with no new games, than to kill it,” one current employee told Kotaku.

Now even some of the company’s biggest partners in the gaming world are scrambling to figure out what to do next. Destiny 2 was one of Stadia’s first big gets, with Bungie making a big push to bring streaming players into the fold of its sprawling space MMO. Even the famed Halo creator was apparently unprepared for the news, however. “We just learned about Stadia shutting down and have begun conversations about next steps for our players,” Bungie posted on its support forum yesterday. It did not respond to a request for comment.

Some of the studio’s own developers also took to Twitter to talk about how helpful the burgeoning streaming platform had been for keeping the game continually updated, especially during covid. “It’s funny, most of the world views Stadia as that gimmick that nobody bothered with,” tweeted activity designer Max Nichols. “But hundreds of us use it every day at Bungie as part of our internal playtesting workflow.”

Destiny 2 and other games on Stadia will continue to be playable up through the shutdown date on January 18, 2023. As of yesterday, there were more concurrent Destiny players on Stadia than Halo Infinite players on Steam. But not every game seamlessly transfers player save data from one platform to another like Bungie’s MMO. Red Dead Redemption 2 and Cyberpunk 2077 players have already started begging the makers of those games, Rockstar and CD Projekt Red, to help them transfer their save files to PC or console. Both games were a key selling point for Stadia, and Bloomberg previously reported that Google shelled out tens of millions to secure those and other big blockbusters, the purchases of which it will now be refunding to all players.

The only people who aren’t sure if they’ll be getting their money are the developers who were still in the middle of bringing their games to Stadia. The company had been paying studios, especially indie makers, to bring their releases to the platform. Some of the contracts weren’t set to pay out until the games actually launched.

“To be honest, based on Google’s track record, we’d been moving forward fairly cautiously and fortunately hadn’t invested too much into the port outside of lost time on planning how it would work compared to Steam or consoles, working through integration tests and so on,” Simpson told Kotaku. “I suppose this is why they struggled to onboard devs. It’s hard to fully commit to them if they won’t fully commit to us.”

“We were literally preparing the release build for submission this week!” Rose said. “So yeah, obviously pretty pissed off. We’ll see if anyone from Google gets in touch with us, but I feel doubtful!”

Back when Stadia was first unveiled at GDC 2019, Kotaku asked Harrison if it was just another ambitious Google project that would be abandoned after a few years. “I understand the concern,” he said at the time. “But I think that all you have to do is look at the level of investment that we have made and continue to make in Stadia. This is not a trivial project by any means. This is a very, very significant cross-company effort that isn’t just my team, but it’s also across YouTube, it’s across our technical infrastructure and networking team. It represents thousands of people who are working on this business.”

With Stadia now shutting down, it’s unclear what Harrison’s future at Google will be. One employee told Kotaku they hope that if he does go, he’s not the only one to leave. “I don’t want to stay under the same leadership,” they said. “I think they must be accountable for their mistakes.”

Google did not respond to a request for comment.