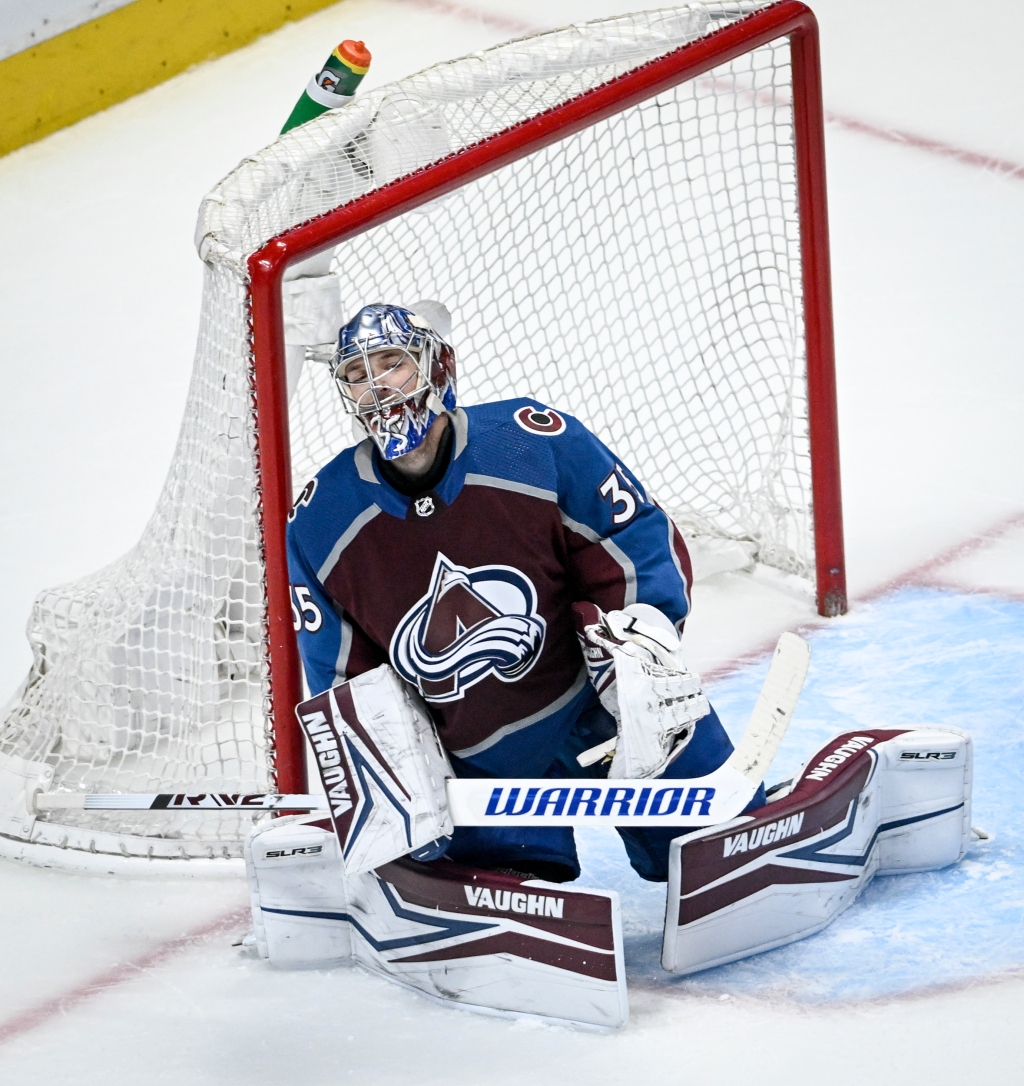 St. Louis outshot and outplayed Colorado in a 4-1 Game 2 stunner Thursday night at Ball Arena to tie up the Western Conference semifinals.

It was the Avs’ first loss of the postseason and ended a streak of 8 consecutive postseason victories over the Blues.

Blues winger David Perron had the first and third goals for his club, which played much better than it did in Game 1, when it allowed 54 shots in a losing overtime effort. The Blues limited Colorado to just 19 shots through two periods in Game 2.

“We were bad,” Avs forward Nathan MacKinnon said. “We were really bad tonight.”

“We were not breaking out as well as we did in the first game,” Avs winger Mikko Rantanen said. “Part of it is, obviously, they had better legs today and they had better jumped than us. Execution wasn’t great.”

Brandon Saad sealed the victory with an empty-net goal with just under 2 minutes to play. Game 3 is Saturday night at Enterprise Center.

“It’s one game,” Avs coach Jared Bednar said. “We knew this was going to be a long, hard series. This is a real good team. .. The series isn’t over. It’s not close to being over, for us or for them.”

The Avalanche had a 2-0 deficit entering the third period but quickly cut it in half. Left wing Gabe Landeskog scored a power-play goal 1:49 — 25 seconds after Perron went off for hooking Rantanen. From the right post, Landeskog roofed a loose puck over the shoulder of goalie Jordan Binnington, who stopped 51 shots in Colorado’s 3-2 overtime victory in Game 1.

The Avs’ first power-play goal in the series was a big boost, as they went on to register nine of 11 shots through the first 10 minutes of the frame as the crowd reached a fever pitch. But Perron made up for his penalty shortly thereafter. With 9:29 remaining in regulation, he scored his second goal of the game on a 2-on-1 rush. His wrist shot from the right circle caromed off the glove of Avs goalie Darcy Kuemper.

St. Louis took a 2-0 lead on a 5-on-3 power-play goal in the final minute of the second period. Defenseman Devon Toews (tripping) and winger Valeri Nichushkin (goaltender interference) were in the penalty box for the Avs when Perron used a one-time slap shot from the left circle to beat Kuemper inside the near post at 19:26.

Nichushkin’s penalty occurred amid the Blues’ 5-on-4 advantage and a potential scoring chance for the Avs. He was engaged with defenseman Justin Faulk in a one-on-one battle for the puck in front of Binnington. But Nichushkin couldn’t apply the breaks and ran into Binnington, knocking him into the net.

Binnington might have sold the contact. But the interference call stood and St. Louis was looking at a two-man advantage for 1:03. Perron struck with 12 seconds left in Toews’ penalty, and St. Louis remained on the power play into the third period.

St. Louis scored the first goal for the second straight game. It came after a goal-less first period, 5:45 into the second, when right winger Jordan Kyrou wristed the puck past Kuemper from the right circle. The puck changed direction off the stick of Avs defenseman Sam Girard, fooling Kuemper, who stopped all 14 shots he faced in the opening frame.

“Our biggest issue was nobody wanted to skate with the puck,” Bednar said. “.. They did a nice job in the neutral zone, but we didn’t move. … Our execution was poor and that’s because we weren’t skating well.”