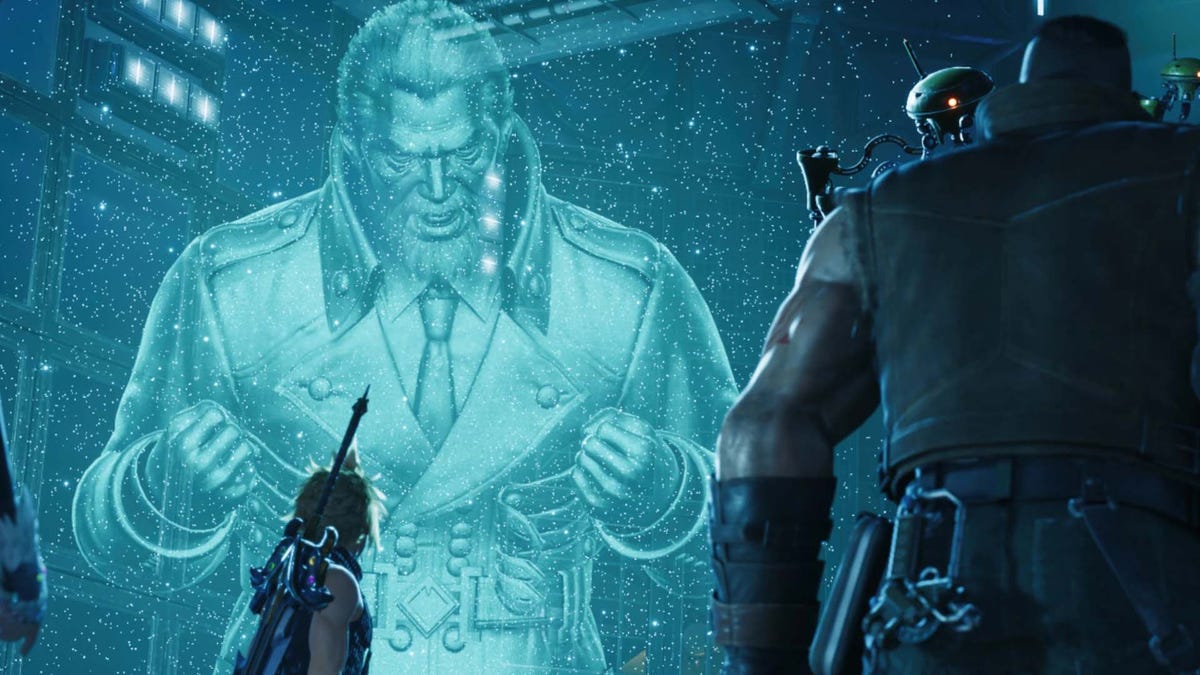 Remember back in January when Square Enix president Yosuke Matsuda published that terrible letter hyping up a future where video games would feature NFTs and blockchain tech? Well, even though a lot of players and devs criticized the letter, Matsuda ain’t backing down. And in a new interview, he continued to explain how excited he is for the blockchain.

As spotted and translated by VGC, Matsuda recently sat down with Yahoo Japan for an interview in which, even after all the backlash and scams, he continued to explain that Square Enix’s future would be filled with blockchain-powered games and NFTs.

“Until now, in most games, we provided the content as a finished product,” explained Matsuda. “And the players played that content. However, there are a certain number of players in the world who want to contribute to making games more interesting, by creating new settings and ways of playing.”

According to Matsuda, the plan is to “utilize” these people to help make games that can “continue to evolve” over time, after the game’s initial release. And the (still vague) plan seems to be that Square Enix can use the blockchain to reward these creators and players.

“If, instead of relying on goodwill, we can also provide incentives to those who contribute to development by utilizing technologies such as blockchain, there is a possibility that innovative and interesting content can be created from the ideas of users.”

To be clear: The idea of paying players who create awesome PC mods or levels for games like Dreams is something I fully support. Dreams and other games like Super Mario Maker and Little Big Planet often rely heavily on a small group of people creating awesome stuff for the rest of the playerbase. I’d argue that those creators should get paid, considering they make games more valuable to players by creating more content. So yeah, I’m down for providing incentives to creators. However, that doesn’t need to involve blockchain tech or NFTs. Instead, you could just pay creators using money, no blocks of chains required.

It’s interesting to see Matsuda continue to push all this NFT shit after his widely mocked New Year’s open letter. In that buzzword-filled mess, Matsuda infamously said some people play games to have fun, before explaining that others play to “contribute” and that Square Enix wants to incentivize these players. Again, just like in his recent interview with Yahoo Japan, no actual specifics were shared.

However, as pointed out by VGC, a lack of detail about these plans didn’t stop that heavily criticized January letter from prompting one of the publisher’s biggest share price increases in months. So it’s likely Matsuda and Square Enix will continue to push forward into the bored apes-filled future of expensive jpegs and wasteful, destructive crypto tech, at least until investors stop caring.

Square Enix’s president wants the company to join a growing list of game publishers and studios who are making (and sometimes apologizing for) plans to bring NFTs into video games. In 2021, Ubisoft angered a ton of people (including some of its own employees) after announcing plans to bring boring-looking NFT gear into a Ghost Recon game nobody plays anymore. (Spoiler: Nobody really bought any of that crap.)

And even the so-called “success stories” tend to end in giant losses and embarrassing blunders.

A recent example: One hacker drained over 600 million from Axie Infinity due to a security exploit. Yet, because there is money to be made, big game companies will continue to push forward, even blaming their fans for not getting NFTs, while continuing to ignore all the criticism and backlash in the name of making a few quick bucks.

Subway Surfers Has Been Taking Over TikTok Feeds Lately

The Pokémon Spin-off Games Ranked From Worst To Best