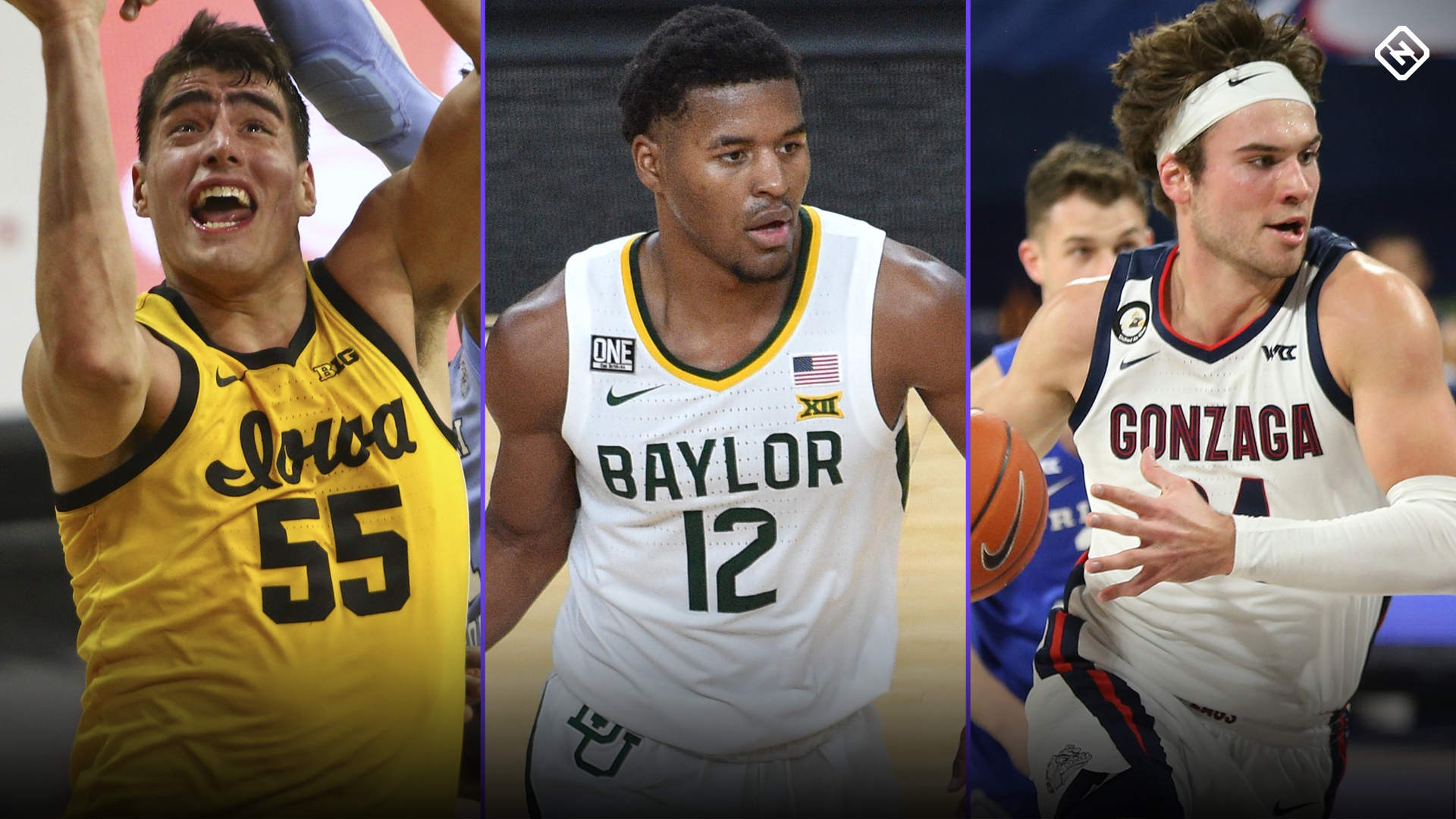 The greatest challenge for selecting Sporting News’ annual mid-season All-America team was not so much choosing the 15 most deserving players but deciding what, precisely, constitutes the mid-season in 2020-21.

Precision is not really what this season is about.

It still is necessary to put the ball inside the rim to earn a field goal, and to place a pass into a catchable position for the player receiving it, but the dependability of a typical season’s schedule is a thing of the past (and, pretty please, the future). Some teams have played half their original (truncated) regular-season schedules. Some have not. Some probably have played half their games whether or not they realize it.

So it seems as good a time as any to make and announce our selections.

Overview: Sporting News’ reigning college player of the year is backing up the 2019-20 season with an effort even more impressive. Against more challenging opposition because of the shortened schedule and an even deeper Big Ten Conference, Garza has increased his scoring average by three full points per game, his field-goal accuracy by nearly 70 percentage points and his 3-point accuracy by more than 100 percentage points. He’s so far ahead of the pack, he could stop now and still have a case to repeat as POY. But he won’t, because his devotion to hard work is why he could improve so dramatically from such an elevated position.

Overview: Butler left high school as the No. 113 prospect in the 2018 recruiting class. Now, he’s one of the two best players in college basketball. There’s a lot that goes into that sort of ascent, and most of it involves Butler’s devotion to improvement as well as his eagerness and ability to cooperate with his talented teammates and deliver what they might need at a particular moment. Against KU, they needed his 30 points. Against Kansas State, it was 13 assists. Against Oklahoma State, it was 6-of-7 3-point shooting to quiet an unexpected threat from the Cowboys. Whatever the Bears need, Butler can deliver.

Overview: Gonzaga is so good that it features three legitimate All-America candidates who are spread evenly among the 15 players on this list — and a fourth, Joel Ajayi, who is good enough to have been a first-teamer if he weren’t being (slightly) overshadowed by his teammates. How does one differentiate himself among such an abundance of stars? Kispert does it by making, it seems, nearly every shot he takes. It does not seem unreasonable to call him the best shooter in college basketball. Among Division I’s top 40 in 3-pointers made, only two players have converted a higher percentage of their attempts. He’s also making 67.7 percent of his 2-point attempts, which generally is something one would expect of a 6-11 low-post scorer, not a wing who specializes in jumpshots.

Overview: Dosunmu could have departed Illinois after two seasons to enter the NBA, but he chose to remain and improve his game to be better prepared for the challenges of the league — and to exit his college career with an NCAA Tournament appearance rather than cancellation. He has accelerated his game in every area, from a scoring average nearly five points higher than a year ago to 3-point shooting that has gone from meek (.296) to mighty (.385).

Overview: He was expected to be college basketball’s most outstanding freshman, and he has delivered. Although he has not been as busy a passer as anticipated, he has excelled at earning and converting free throws and making 3-point shots. He gets a block per game — more than some centers. He has had his loudest statistical games in losses, a sign that he is willing and able to take on the full weight of OK State’s comeback efforts when necessary.

Overview: Suggs is playing only 27 minutes a game because the Zags so often overpower the opposition — only one of their victories came by a single-digit margin — and because junior Andrew Nembhard is such a worthwhile complement. Suggs may be the most gifted player to sign at Gonzaga and has played himself into the discussion for the No. 1 overall pick in the 2021 NBA Draft.

Overview: Mobley has had little trouble navigating the transition from high school prospect to college star. His 15 games included only one in which he did not score in double figures (a game the Trojans won easily) and just one in which he grabbed fewer than five rebounds. He is a constant presence for USC in defending the rim and only twice failed to record multiple blocks in a game.

Overview: The Gophers rely upon Carr as heavily as any team does any player on this list. He is expected to initiate the offense and, often, to be the offense. He has produced three games of 30 or more points and six of 25 or more. His season-low in minutes is 30; four times he has been on the court for 40 or more. For a player upon whom rests so much responsibility, his average of 2.3 turnovers per game is remarkably low.

Overview: With 7-footer Joey Brunk missing all games to date because of a back injury, Jackson-Davis has had less cover inside than planned, and thus has been forced to carry a heavier load. He is the team’s one consistent source of offense and has scored in double figures in every game and produced five double-doubles.

Overview: Although reigning Naismith Defensive Player of the Year Marcus Garrett is still around and having an excellent season, Mitchell is considered a leading candidate for the award this season. Teammate Butler has called him the best defender he’s faced, and opponents are feeling the impact of Mitchell’s ability to pressure the basketball. Baylor is unbeaten for many reasons, but Mitchell’s defense at the point of attack is one of the biggest.

Jack Eichel stripped of captaincy: Explaining the great divide between star center and the Sabres