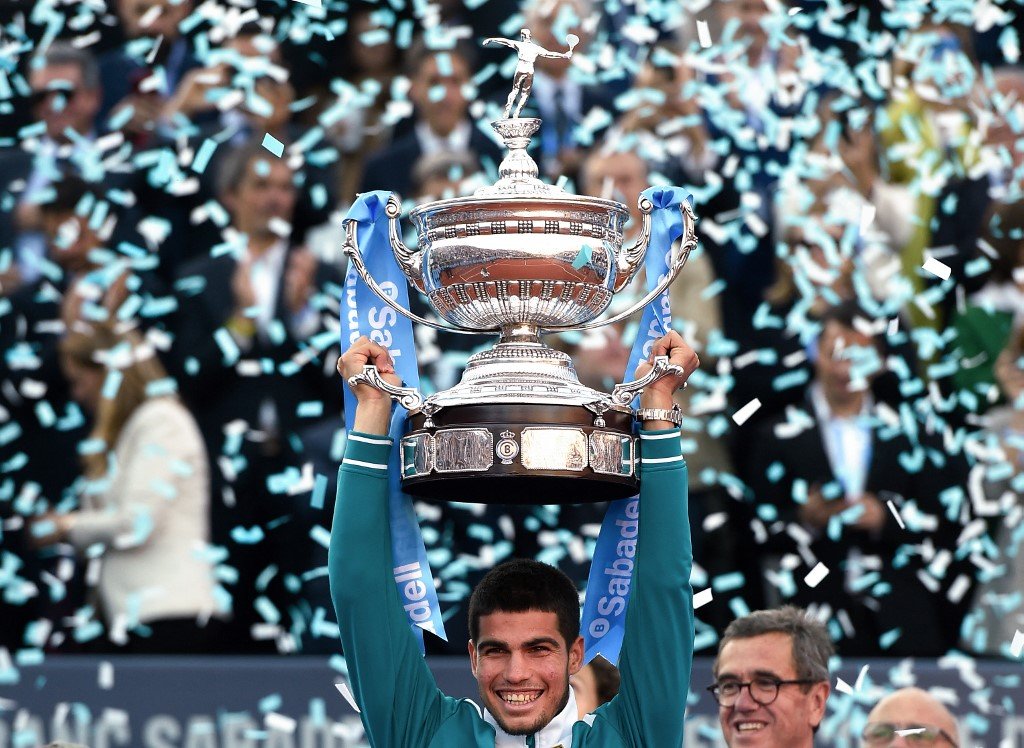 BARCELONA – Spanish teenager Carlos Alcaraz captured the fourth title of his young career by beating eighth seed Pablo Carreno Busta 6-3 6-2 in the Barcelona Open final on Sunday, hours after winning a grueling semifinal that was postponed due to rain.

The 18-year-old will enter the top 10 of the world rankings on Monday at the same age, on the same date and after a triumph in the same tournament as compatriot and 21-times major winner Rafa Nadal did in 2005.

The US Open quarterfinalist joins countrymen including Nadal, coach Juan Carlos Ferrero and Carlos Moya in lifting the trophy in the ATP 500 claycourt tournament.

His singles tally stands at four titles following triumphs at Miami and Rio de Janeiro this year and a victory at Umag last July, when he became the youngest tour-level champion since Kei Nishikori claimed the title at Delray Beach in 2008.

Alcaraz is projected to rise as high as number nine when the latest ATP rankings are released.

The Next Gen ATP Finals champion had to work hard for his latest crown, with the semi-finals at Barcelona pushed to Sunday because of rain on Saturday and Alcaraz saved two match points to overcome Alex de Minaur 6-7(4) 7-6(4) 6-4.

His victory in three hours and 40 minutes earned him a title clash with mentor Carreno Busta.

“It’s tough to play a final this afternoon after this match, after this week, but it’s a final,” Alcaraz said earlier.

“You have to give 100%, fight until the last ball. It’s no time to be tired, you have to fight like the first day.”