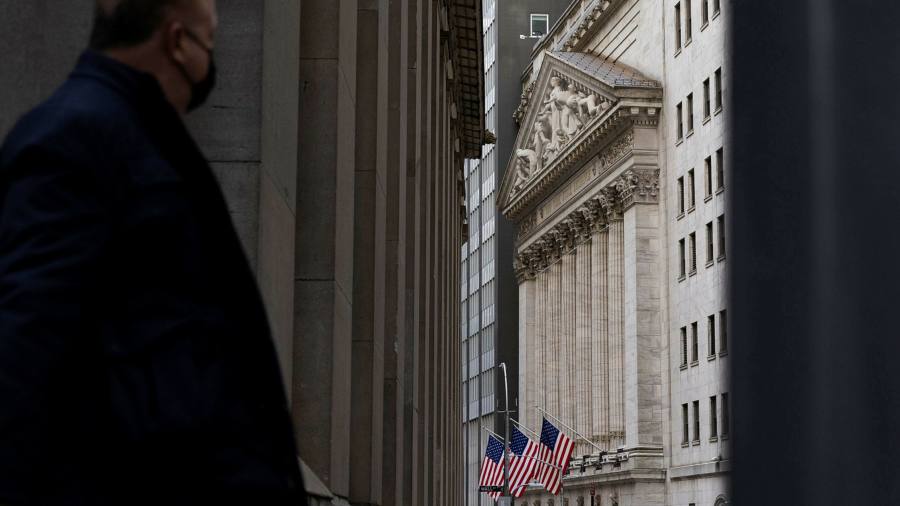 Blank-cheque companies have already surpassed last year’s fundraising record in the first quarter of 2021, reflecting the insatiable appetite for special purpose acquisition companies both on Wall Street and main street.

Spacs have raised $79.4bn globally since the start of the year, eclipsing the $79.3bn that flooded into vehicles in 2020, according to data provider Refinitiv, as of Tuesday night. So far in 2021, 264 new Spacs have been launched, overtaking last year’s record 256.

The fundraising comes amid a broader effort from European cities such as Amsterdam and Frankfurt to match the boom in listings in the US.

Blank-cheque companies, which promise private businesses a quicker route to public markets, have become a staple on Wall Street over the past year, boosted by record-low interest rates and an abundance of cash from investors looking for yield.

Well-known figures ranging from Wall Street veterans Michael Klein and Bill Ackman to sports stars Shaquille O’Neal and Alexander Rodriguez have raised money through Spacs. But the pace of listings, particularly by backers with little financial expertise, has raised concerns that the market is overheated.

“The Spac is a good product, but the volume has been incredible this year so you are going to see some indigestion,” said Rob Fullerton, global head of leveraged finance at Jefferies. “The investor base has been overwhelmed.”

London Stock Exchange chief executive David Schwimmer warned earlier this month that there was “froth” in the US Spac market, which “could end poorly for some of those opportunities and those investors”.

The overwhelming majority of Spacs this year — 257, which raised $78.4bn — have listed on US exchanges, although activity is increasing outside of North America. In Europe, Amsterdam is emerging as a hub for blank-cheque vehicles on the continent, leaving London largely in the dust.

Only one Spac has gone public on the LSE since the beginning of last year, owing to British regulatory hurdles that have complicated those listings in the UK. In recent months, British leaders have been pushing to make regulations more welcoming to blank-cheque listings, even as signs of a bubble in the Spac market increases.

Short sellers have recently upped their bets against these vehicles. Since the beginning of the year, the value of such bets against Spacs has more than tripled, from less than $800m to $2.8bn, according to data from S3. Klein’s Churchill Capital Corp IV had the largest short interest of any Spac, at $373m.

The bearish trade has been largely profitable so far this year, returning 15 per cent, net of the cost for financing the bets, as Spac-tracking indices have slid. The Defiance Next Gen Spac Derived ETF, a fund tracking blank-cheque companies, has dropped more than 14 per cent since its peak in February.

“If a Spac sponsor had a successful de-Spac deal in 2020, it’s not that they’re coming back with just one Spac this year, they’re often coming back with two, three or even four new Spacs,” said Mark Brod, a partner in Simpson Thacher’s capital markets practice.

Brod added that appetite among both retail and institutional investors to get exposure through Spacs to “desired” sectors of the economy, such as electric vehicles or fintech, also remained strong, fuelling a “self-perpetuating cycle”.