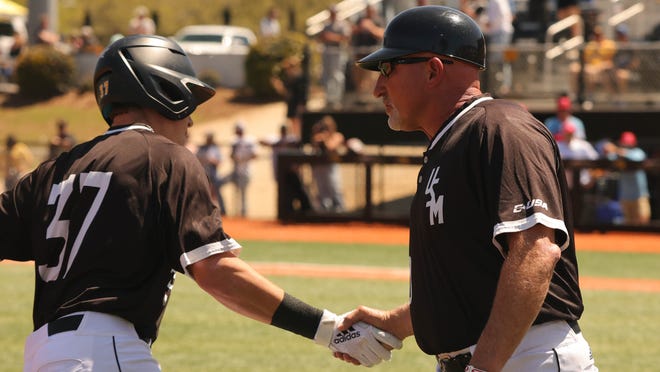 The Southern Miss baseball team must now turn its NCAA Tournament résumé over to the selection committee.

The Golden Eagles’ run at the Conference USA Tournament title ended Saturday with their second loss in as many days to UTSA. The Roadrunners, who won Friday 7-6, beat 12th-ranked Southern Miss 11-2 on Saturday at Pete Taylor Park, pounding out 15 hits. It’s the largest margin of defeat for the Golden Eagles since March 1, 2020, when they lost by 10 runs to McNeese State.

UTSA will face the Louisiana Tech-Old Dominion winner at 2 p.m. Sunday for the C-USA tournament championship.

Now, the Golden Eagles (43-16) will find out if they’ve done enough to warrant a regional host bid or if they’ll be sent somewhere else to pursue the College World Series. Scott Berry’s squad entered Saturday with Hattiesburg projected to be one of the 16 host sites by multiple national media outlets. Southern Miss was considered a fringe top-8 national seed prior to Saturday’s loss.

The NCAA will announce regional host sites Sunday and the rest of the field will be revealed at 11 a.m. Monday (ESPN2).

Here are three takeaways from the proceedings.

Five of the first eight hitters saw three-ball counts. The leadoff men in four of the first six innings also worked the count to three balls, but only one – Carson Paetow, who walked in the third – reached base.

The few Golden Eagle baserunners there were found themselves stranded more often than not thanks to a trio of inning-ending double plays – one in the second, another in the third and again in the seventh.

The final one stymied a rally that saw Southern Miss cut UTSA’s lead from 4-0 to 4-2.

Ryan Flores a thorn in USM’s side

It continued Friday, as Flores had two hits, including another homer, in four at-bats. And it was more of the same Saturday. Flores was 3-for-4 with an RBI and a walk versus the Golden Eagles.

Too little, too late on the mound

Tyler Stuart, making just his third appearance since May 3, was summoned in relief of starter Matt Adams.

UTSA touched Adams for four runs (three earned) in just 2⅓ innings. Stuart, a 6-foot-9 fireballer, extinguished the Roadrunners’ attack in short order. He allowed three hits over the course of 4⅓ shutout innings, striking out four and walking only one.

But the damage had already been done. On top of that, UTSA seized on the Southern Miss pitchers who  followed Stuart. The Roadrunners tagged Chandler Best, Isaiah Rhodes and Justin Storm for two runs apiece. Aubrey Gillentine gave up a run in his only inning of work.