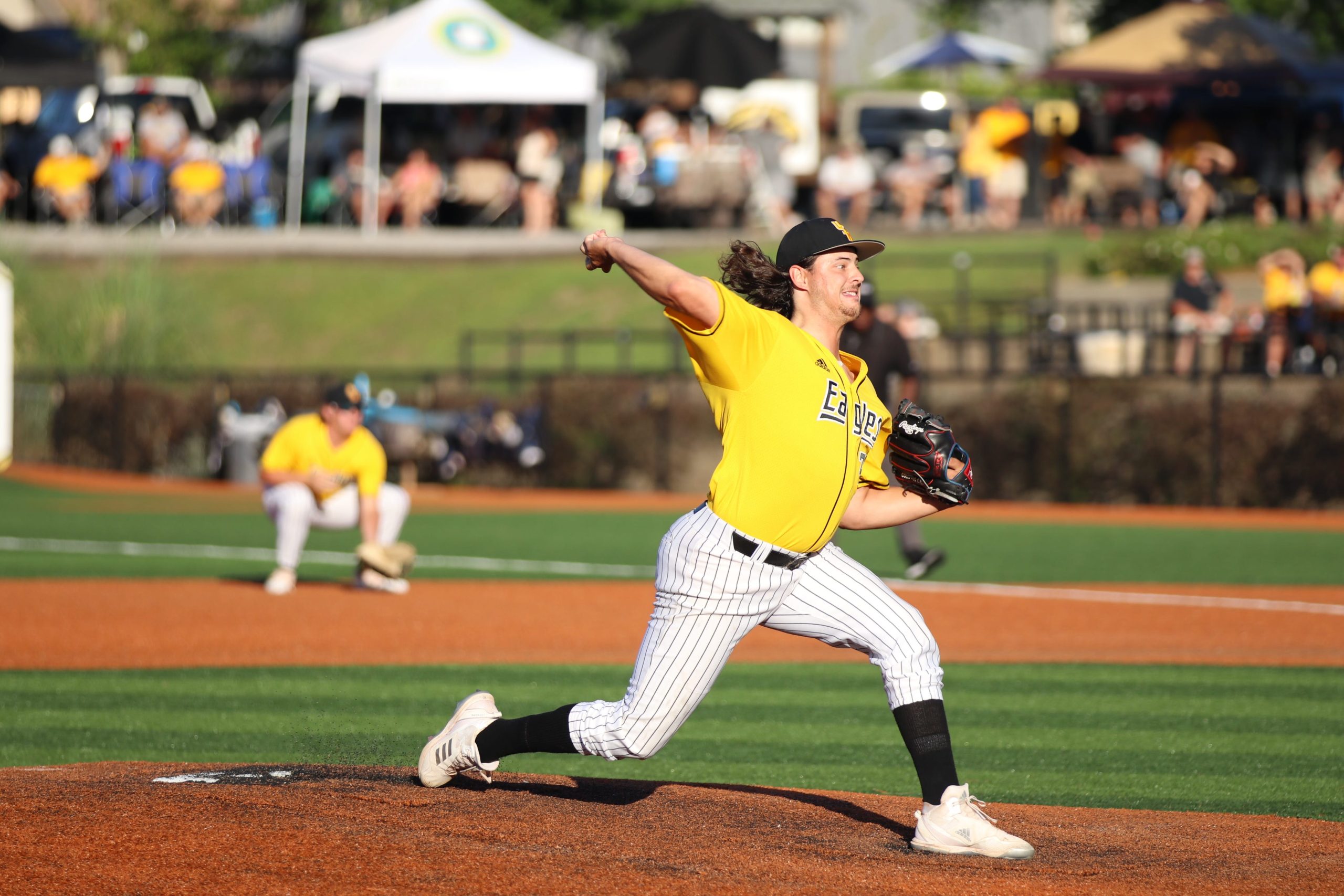 Rodrigo Montenegro’s two-out, run-scoring single in the bottom of the seventh inning broke a scoreless tie and it was all Southern Miss needed.

The Golden Eagles (43-15) rebounded from a loss to UTSA earlier Friday to beat FAU 5-0 in an elimination game at the Conference USA Tournament at Pete Taylor Park. The win sets up a rematch with the Roadrunners (37-19) at 12:30 p.m. Saturday and only bolsters the Golden Eagles’ already strong odds of hosting an NCAA Regional next week.

Montenegro’s base hit off FAU starter Jacob Josey – just the fifth of the game for Southern Miss – scored Danny Lynch from second base. Lynch got things started in the seventh with a one-out double. He added an RBI double in the eighth to extend the lead to 3-0 and Carson Paetow’s two-run double in the eighth made it a 5-0 game.

Dalton Rogers covered the final 1.2 innings without allowing a hit.

Riggins gave FAU fits for the most part. The senior Delta State transfer had command of all of his pitches the majority of the game and kept Owls hitters guessing.

It wasn’t all smooth sailing, though. The big right-hander had to dance out of danger on a couple of occasions. In the third inning, Riggins issued back-to-back-to-back two-out walks, loading the bases for cleanup hitter Dylan Goldstein. Goldstein came into the game with 18 home runs and nearly added one more. His opposite field drive sent left fielder Reece Ewing to the wall, where he made a leaping catch, potentially robbing Goldstein of a grand slam.

In the fifth, FAU put runners on first and second with a pair of one-out singles. Riggins wriggled out of it, getting Gabriel Rincones Jr. to strike out and Nolan Schanuel to ground out.

Speaking of Rincones, Schanuel and Goldstein, FAU’s 2-4 hitters came into the game with 53 home runs between them. Each one entered play Friday sporting batting averages of .340 or better.

But they couldn’t solve Riggins. That triumvirate managed just two hits (both singles) in eight at-bats against Riggins with two strikeouts and two walks.

The Southern Miss shortstop and two-hole hitter, Dickerson was a one-man menace against FAU. He reached base three times, more than any other Golden Eagle. Dickerson drew a two-out bases-loaded walk in the seventh to make it a 2-0 lead.