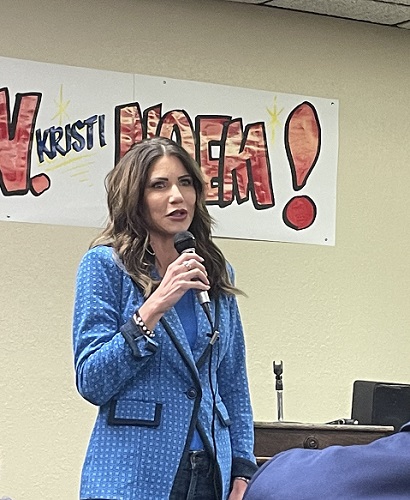 PIERRE, S.D. (AP) — South Dakota Gov. Kristi Noem got an emphatic victory when the Senate removed Attorney General Jason Ravnsborg from office by convicting him of impeachment for killing a pedestrian with his car. Noem pressed impeachment through the Republican-controlled Legislature. She provided crucial support on an effort that at times faced razor-thin vote margins. Though her aggressive approach riled some lawmakers, Ravnsborg’s ouster provides Noem with some key benefits. She can name his replacement, discredit a one-time adversary who had investigated her and claim political independence because she held a fellow Republican accountable.