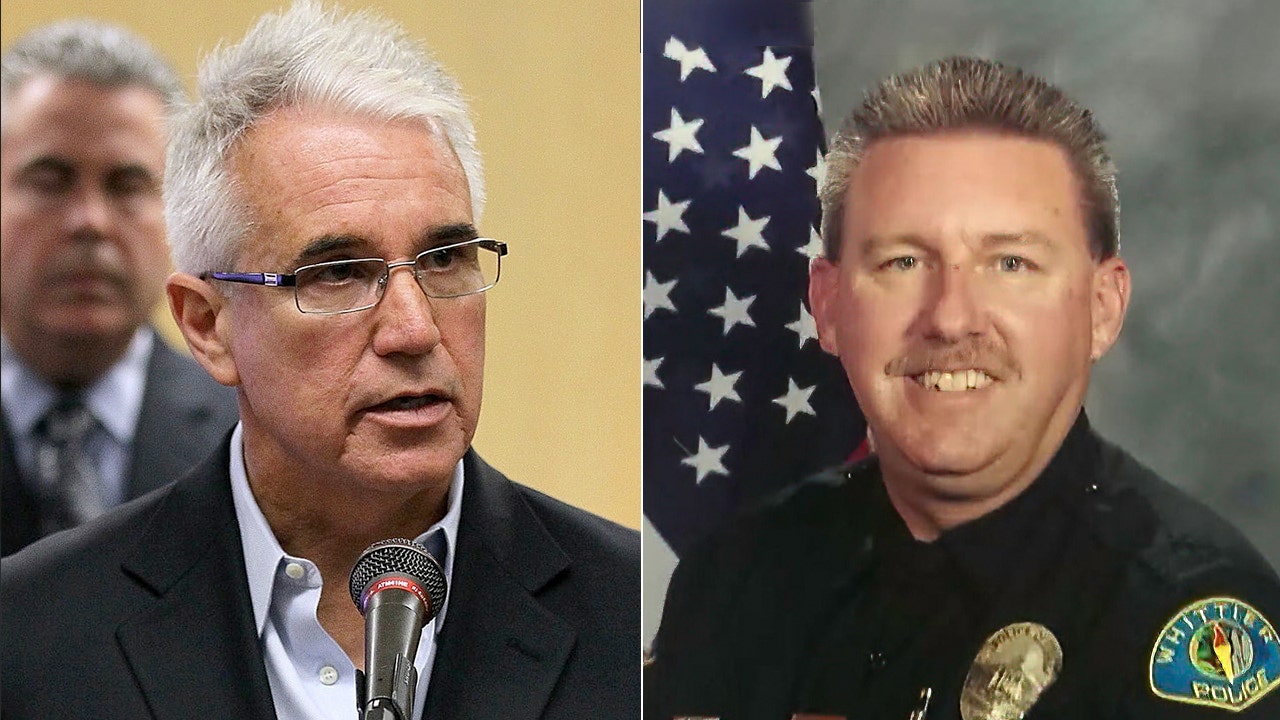 The son of murdered California officer Keith Boyer told “Fox & Friends” on Tuesday that he would like to let Los Angeles District Attorney (DA) George Gascón know “how disgusting” he thinks his policies are.

“I don’t feel safe. I don’t feel the justice and I feel that going forward this is going to have horrifying repercussions for our law enforcement officers who are already on the edge having to watch everything that they do and these are the people that are protecting us,” Josh Boyer said, stressing that he believes Gascón is prioritizing criminals over victims.

“And so going forward, it’s terrifying to me as a victim and just as a normal member of society what this means just being on the streets.”

Last month, Gascón said he will not seek the death penalty for an admitted gang member who killed Boyer, 53, and his own cousin in 2017. Boyer was responding to a report of a traffic collision in which Michael Christopher Mejia, 30, had been involved.

Authorities said Mejia shot Boyer and another officer, Patrick Hazell, while trying to flee the scene of the crash. Hazell survived a shot to the abdomen.

Deputy District Attorney Garrett Dameron said during a hearing at Norwalk Courthouse that he had been ordered to remove the death penalty consideration, despite his own objection and that of Deputy DA Geoff Lewis, Fox LA reported.

Last week Gascón slammed what he called “conservative media” and “tough-on-crime types” for the backlash against his sweeping criminal justice reforms as he faces a recall effort from the families of victims.

“Here in LA, we are seeing a backlash against reform fueled by conservative media, law enforcement unions & other “tough-on-crime” types,” Gascón tweeted Wednesday. “From fear mongering to scare tactics, we are watching history repeat itself. But this time, reform will prevail.”

“It hurts on a personal level,” Boyer said of Gascón’s tweet. He added that it seems like the district attorney is giving criminals “everything they need to be free of these crimes,” but “taking everything away from the victims and that’s justice for us for the crimes that have been committed and it hurts.”

Gascón took office in December and announced a slew of changes including stopping the use of sentencing enhancements, restricting when prosecutors can hold defendants without bail, ending the use of the death penalty in L.A. County and banning the practice of trying juveniles as adults.

Boyer said that he “received no communication from the D.A.”

A spokesperson for Gascón did not immediately respond to Fox News’ request for comment.

Boyer said he thinks Gascón’s policies are “going to create a mindset that criminals can just do whatever they want with no repercussion.”

Why is there already suspicion & doubt at Ghislaine Maxwell trial? (Full show)