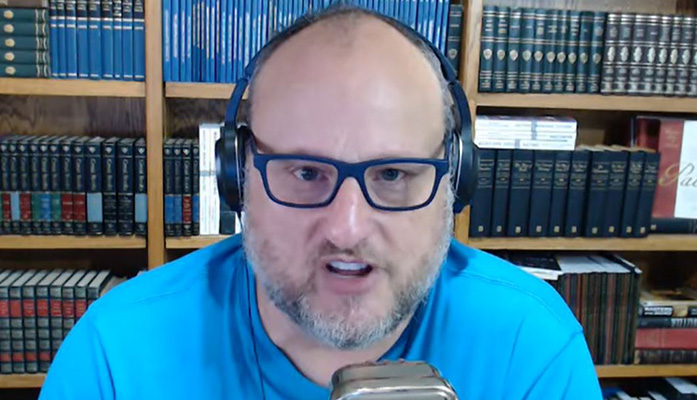 Monday night there is an event scheduled somewhere in Scottsdale in which self-professed inventor and election integrity guru Jovan Hutton Pulitzer will be testifying about his conclusions related to the 2020 General Election in Maricopa County.

In a video posted by Pulitzer to Facebook last week, he said he will “testify in Arizona” on June 27 and would be “giving all our forensic information findings to the legislators.”

Yet despite suggestions Pulitzer’s “Paper Analysis Results” is being presented to elected officials in a formal manner, the event is not sanctioned by either Senate President Karen Fann or House Speaker Rusty Bowers. And only three state lawmakers -State Rep. Leo Biasiucci, State Sen. Wendy Rogers, and State Rep. Mark Finchem- have been publicly identified as panelists as of press time.

In early 2021, Pulitzer championed himself as someone who could provide evidence of fraud and wrongdoing within Maricopa County’s 2020 General Election through his touted “Kinematic Artifact Detection” process. He went on to allege that county elections officials used ballot paper printed in other countries and accepted counterfeit ballots.

However, the number of politicians and hopeful lawmakers citing Pulitzer’s claims or hanging onto his coattails has diminished over time due in part to a lack of substantiated proof of those claims.

Pulitzer’s reputation was further tarnished earlier this year with the release of public records which contained unflattering details of his participation in the Arizona Senate’s audit of Maricopa County’s election process. Some of those details include critical comments made by the audit’s inner team about Pulitzer and his efforts.

But that is not stopping Biasiucci, Finchem, or Rogers from agreeing to take the stage with Pulitzer on June 27 along with political candidates Josh Barnett, Abraham Hamadeh, and Kari Lake.

Those wishing to attend Pulitzer’s free event scheduled Monday to run from 6 p.m. to 9 p.m. will not even be told the location until Noon. Sign-up for the event has run into some problems, as EventBrite removed it from their website for violating the company’s terms and conditions. It is now listed on TicketTailor.com.

Earlier this year, another audit subcontractor issued a report to Fann as Senate President which renounced Pulitzer’s work connected with the audit.

According to Shiva Ayyadurai, Pulitzer’s claims were “filled with blatant prevarications that demand either a full blown criminal investigation of fraud of the author of this rubbish or at minimum complete disassociation from him to ensure integrity of the election integrity efforts and to honor those who are truly doing the real work to identify real problems.”