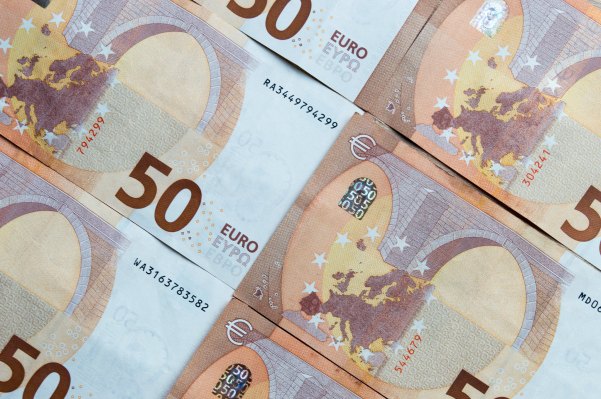 Embedded finance — the process by which some of the more complicated, but also commoditized, aspects of financial services are built and wrapped in an API for anyone else to implement in their own products for end users — has become a huge cornerstone of how fintech is built today. Now, one of the earlier and bigger movers in the space is announcing a major round of growth funding to build out its own.

Solarisbank, a Berlin startup that provides a range of financial services by way of some 180 APIs that others use to build end user-facing products — they include basic banking and card services; lending; payments; and know your customer services — has raised €190 million ($224 million) in a Series D that values the company at €1.4 billion ($1.65 billion), and announced the acquisition of one of its competitors in the space, Contis.

The round is coming about a year after its last round of $67.5 million, but as a sign of the times, what is perhaps more notable is that the company’s valuation has nearly quintupled since then (it was $360 million in June 2020).

This latest round is going to be used for expansion. CEO Roland Folz said in an interview that the Contis acquisition — which underscores a wider consolidation trend in fintech — will help it better cover all of Europe, and start to make its first early moves into Asia. (No plans right now to add the U.S. to that list, he added.)

He added that the combined entity will be making revenues in the “triple-digit euros” — that is, hundreds of millions; it posted net revenues of €35 million in 2020 — and will be in a position to go public next year, if it chooses to.

In the meantime, it’s hoping to double down on the huge shift we’re seeing in the world of financial services, where consumers and businesses are opting for newer and more modern banking experiences as they migrate away from slower, less flexible and sometimes more expensive incumbents.

“Europe is an ideal space for us to work in,” said Folz. “We believe that in Europe there are roughly 800 million bank accounts and some 400 million of those will change ‘ownership’, where traditional banks will be swapped out with non-traditional banks… If we look at the 5-10 year perspective, we want to make sure a  significant proportion of those accounts will be on our platform.”

SolarisBank counts companies like Trade Republic, American Express, BP, Samsung and Vivid among its customers, powering basic banking, know-your-customer checks, lending, digital wallet and other services related to finance for companies that can in turn focus their energies on building more user-friendly customer experiences or other services altogether. It’s been growing at a rate of 40%-60% annually, Folz added, and it has some 50 “partners” (as it calls its customers) in all, covering some 2 million customer accounts.

Contis, meanwhile, is a substantial business in its own right, with some 200 customers covering more than 2 million users and €9.9 billion in transactions annually.

Solarisbank was founded five years ago, in 2016, out of the Berlin-based startup incubator and investor finleap, with Ramin Niroumand, a founder of finleap, essentially the “founder” of Solarisbank too. (Currently and more more formally, he is also chairman of its advisory board.)

Embedded finance is all the rage at the moment, and a number of startups today are providing fintech-as-a-service, or banking-as-a-service tools to third parties. Other notable names in the same segment of the market include Railsbank (which also announced funding earlier this month),  Rapyd, which also raised a big round at a $2.5 billion valuation earlier this year; Unit, another banking-as-a-service startup picking up funding and growing; FintechOS, which really does what its name says (and is also currently raising $$); and the startup 10x, which ironically is targeting incumbents.

Solarisbank believes its particular approach to this gap in the market gives it more flexibility and mileage: unlike its rivals, the bulked-up Solarisbank will have both banking licenses for Europe, and e-money licenses (in Lithuania and UK), with its tech stack living on AWS, giving it an opportunity to build more services, to scale, and to keep better margins in the process — a critical detail in what is essentially an economy of scale play.

It also believes that its own diversity in its customer base — covering not just obvious fintech companies like neobanks, but a variety of others, like Samsung, that are building financial services (in its case, a digital wallet) — gives it more staying power, to cater to whatever segment of that base is growing most at any given time. As Niroumand points out, around 70% of its revenues some from some 30% of its customers. “It’s quite a diverse clientele we are serving,” he said.

The company is currently active in Germany, France, Italy and Spain but says it can cover the whole EEA with passporting.

“With the combined entity, we are looking at numbers that no one else is even close to remotely,” added Folz.

The market opportunity, combined with Solarisbank’s approach and its current customer base, are what attracted investors.

“We are experiencing a paradigm shift in banking, where customers expect financial services to adapt to their specific needs,” says Thomas Schlytter-Henrichen, a partner at Decisive Capital Management, in a statement. “Technology is the key to enable this transformation and Solarisbank’s powerful Banking-as-a-Service platform positions it perfectly for this new banking era. We are both inspired by the team and thrilled to work together on its mission.”

Financial software maker Clearwater Analytics closed up 41% at $25.37 per share in its debut, giving it a market cap of $5.9B, after raising $540M in its IPO (Bloomberg)