SoftBank-backed Coupang raises $3.5bn ahead of US listing 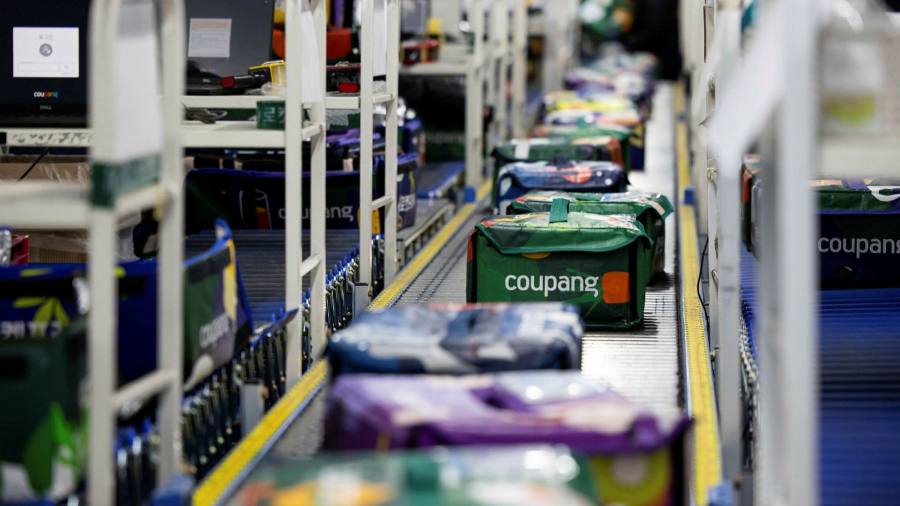 SoftBank-backed Coupang has raised $3.5bn in an initial public offering, topping expectations in a sign of investor confidence in the South Korean ecommerce group’s pandemic-fuelled growth.

The company priced shares at $35 on Wednesday, according to two people familiar with the deal, which would total $4.2bn when including existing shares sold by insiders. That price would give Coupang a market capitalisation of $60bn, based on the number of shares outstanding, making it the largest listing by an international company on a US exchange since China’s Alibaba went public in 2014.

Coupang was expected to sell 120m shares in its IPO, 20m of which were from existing shareholders, including BlackRock and the company’s founder, Bom Kim. Coupang previously said it expected to sell shares at $27-$30 before increasing the range to $32-$34 on Tuesday. Coupang declined to comment.

SoftBank’s Vision Fund, one of the largest investors in Coupang, would own a stake worth almost $20bn at the IPO price.

Coupang’s planned debut on the New York Stock Exchange on Thursday will make it one of only a handful of South Korean companies trading on US exchanges. The IPO pricing showed investors were confident its growth during the coronavirus crisis was sustainable, and that they were willing to overlook recent concerns about workplace conditions at the company.

The expected easing of the pandemic “doesn’t mean that the trend for online shopping is going to slow down,” said Eric Kim, an early investor and former board member of Coupang, and co-founder of Goodwater Capital. He added that “there’ll be some normalisation” around the online retailer’s growth, “but there’s a big part of it that will be permanent”.

Coupang almost doubled its revenues in the past year to $12bn while narrowing its operating losses to $527m.

The Seoul-based group was founded in 2010 by Kim, a Harvard Business School dropout, who will retain more than three-quarters of the voting power after the offering.

Coupang, dubbed the Amazon of South Korea, has risen to dominate the business-to-consumer part of South Korea’s ecommerce market. It promises one-day delivery on almost its entire product selection and offers to deliver a big chunk of its orders in just a few hours. It added 25,000 employees last year.

In a letter to investors last month, Kim wrote that the group’s mission was to “create a world where customers wonder ‘How did I ever live without Coupang?’”

Complaints about the working conditions at Coupang from current and former employees as well as unions and South Korea’s labour ministry have cast a shadow over its growth. The criticisms relate to a series of injuries and deaths among workers and contractors. The company has declined to comment on the broader allegations.

Coupang will follow several large tech companies that went public in recent months, including some that have received a boost as a result of the pandemic.

Online gaming platform Roblox, a favourite of preteens stuck at home, entered public markets via a direct listing on Wednesday, with its shares rising to $69.50 by the end of its first trading day.

DoorDash, which has seen demand for its meal-delivery service surge with social curbs imposed over the past year, went public in December with a big pop on its first trading day. The company’s stock price has since declined almost 30 per cent.