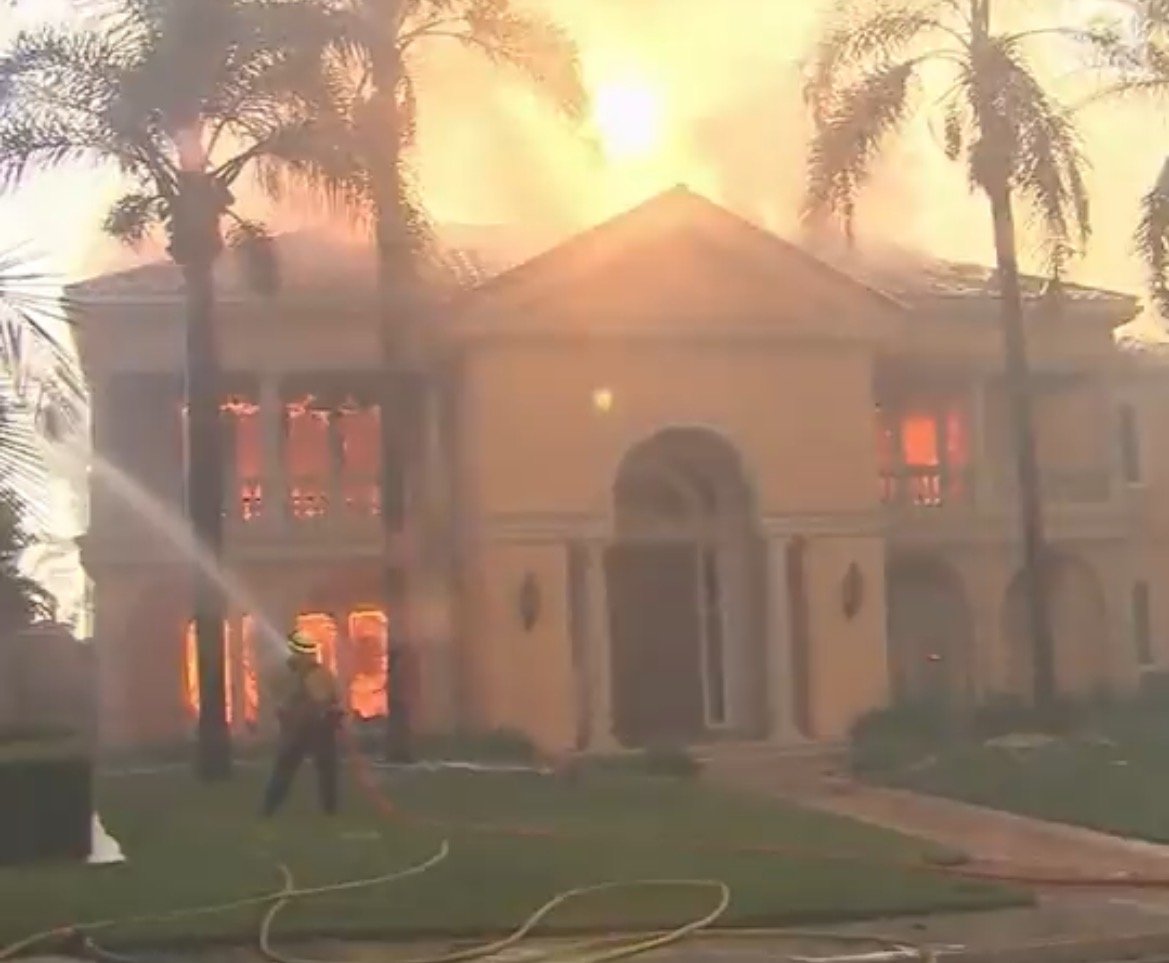 Orange County, California – A massive brush fire broke out in the coastal city of Laguna Niguel (next to Laguna Beach) on Wednesday afternoon amid windy conditions.

200 acres burned and 20 homes were destroyed.

Homes on Pacific Island Drive and Coronado Pointe Drive were engulfed in flames.

TRENDING: HUGE EXCLUSIVE: Voting Systems Used Across the Country Have Functionality to Create Ballots and Fill Them Out – Why Are They Allowed?

Footage shows firefighters in Southern California trying to save a burning home as a fast-moving brush fire spreads rapidly amid strong winds.

At least 10 to 12 homes were on fire in Laguna Niguel, according to the Orange County Fire Authority. https://t.co/2ehPeK2TUv pic.twitter.com/sfwTgftQsr

Residents should brace for more planned rolling blackouts because SoCal Edison is now saying there was “circuit activity” around the time of the fire.

Southern California Edison says it has notified state utility regulators that “circuit activity” was detected at about the same time a brush fire started in the hills above the Orange County coast and quickly burned uphill into a neighborhood.

SoCal Edision said it submitted an initial Electric Safety Incident Report (ESIR) to the California Public Utilities Commission (CPUC) that indicates “circuit activity” occuring “close in time” to the reported time of the fire — around 2:45 p.m.

The ESIR reports are required for certain types of incidents. The report is intended to make the CPUC aware of the circuit activity so the agency can investigate.

Electrical equipment has been linked before to the ignition of destructive California wildfires, which spread quickly in strong winds. Wind gusts were at 20- to 30-mph in the Laguna Niguel area Wednesday.