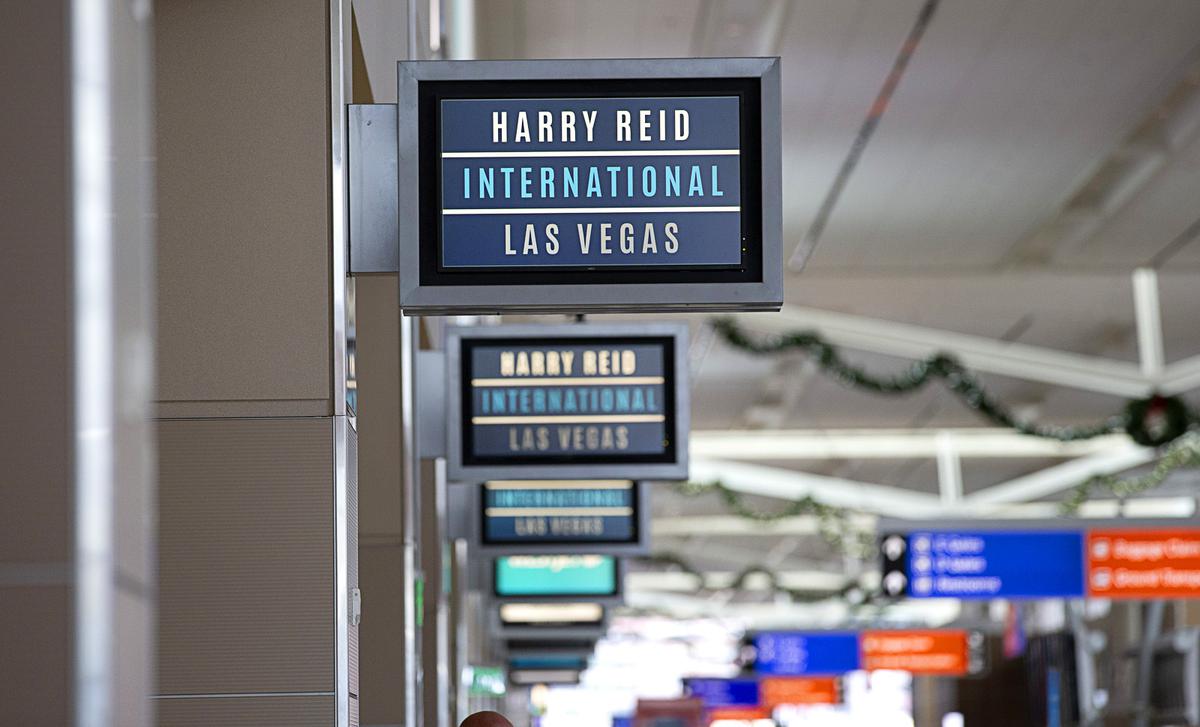 A small plane flipped over this morning while waiting to take off from Harry Reid International Airport, according to the Federal Aviation Administration.

Two people were on board when the the Cessna 182 overturned about 9:30 a.m., the FAA said.

It was not clear if anyone was injured. Neither person on the plane was identified.

No reason was provided for the mishap. The FAA and the National Transportation Safety Board will investigate, officials said.

Chelsea Peters, a meteorologist with the National Weather Service in Las Vegas, said winds were gusting to about 30 mph at the airport at the time of the incident.

McIlroy powers to a 65 for early lead at PGA Championship