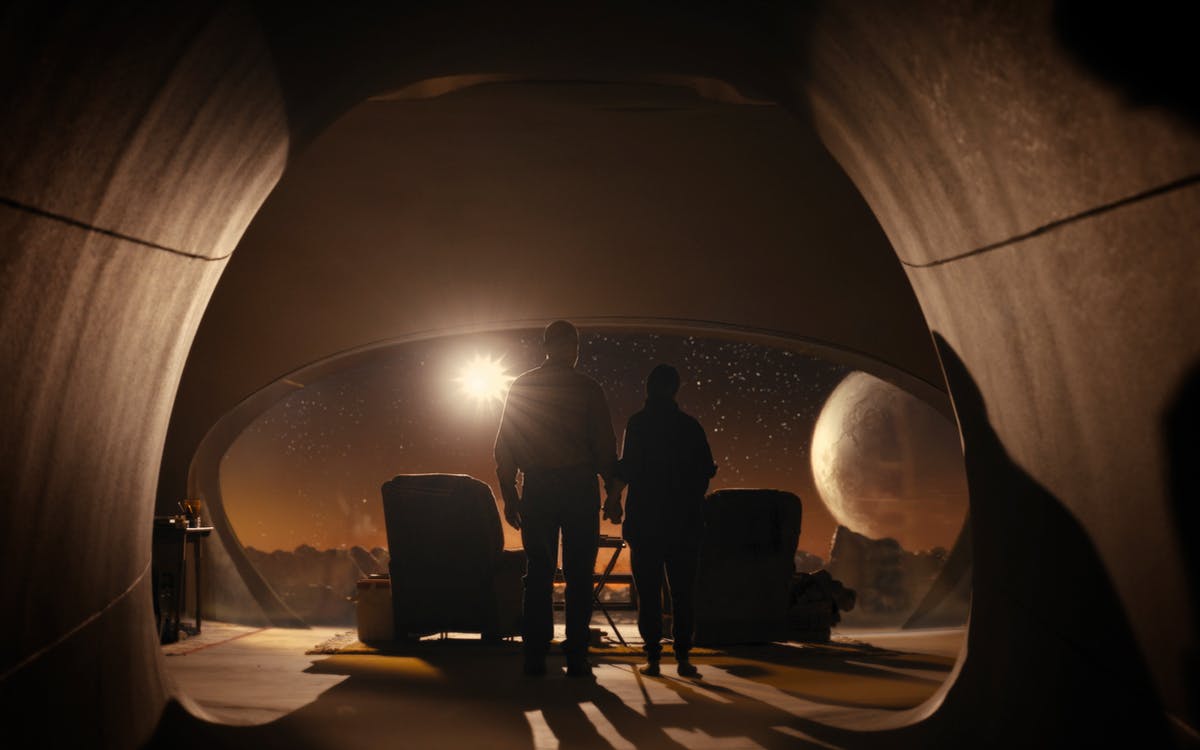 For Sissy Spacek, childhood in the little East Texas town of Quitman was a personal paradise. She rode bikes with her older brothers, played in the dirt, climbed trees, and swam as often as she could. “We rode horses and went to rodeos and went to the Dairy Queen,” she said recently by phone. “It was school and home and church. It was simple. For me, it was the center of the universe.”

Spacek has done her best to maintain an uncomplicated life despite a storied, decades-long Hollywood career; she’s earned six Oscar nominations for best actress and won one for playing country singer Loretta Lynn in the 1980 film Coal Miner’s Daughter. For the past forty years she and her husband, production designer Jack Fisk, have lived on a farm outside Charlottesville, Virginia, where they raised their two daughters, Madison and Schuyler, the latter of whom has enjoyed her own success as an actress and musician. Spacek may have a star on the Hollywood Walk of Fame, but she’s never been of Hollywood. She’s too real for that.

The 72-year-old’s latest role, in the new Amazon Prime Video series Night Sky, which premieres Friday, almost feels like Spacek is playing herself. Her character, Irene York, has been living in a small Illinois town with her husband, Franklin (J.K. Simmons), for eons. Like Spacek, whose life was forever changed when her older brother, Robbie, died of leukemia in 1967, Irene knows tragedy: her son, Michael (Angus O’Brien), killed himself twenty years ago. The twist? It was around that time that Irene and Franklin discovered at the back of their shed an intergalactic portal that leads to a room with a huge window that looks out on a majestic vista on a deserted rocky planet. For the Yorks, it becomes a secret getaway, a quiet place to gaze at the stars on lonely nights.

But things change when their neighbors start getting curious about where they disappear to and when, one night, a young man (Chai Hansen) suddenly appears in their space sanctuary.

“It’s like they’re sitting in their living rooms watching TV,” Spacek says. “But I don’t think it’s an escape from anything so much as it’s a need of hers to know. She’s much more invested in what it means than he is, and it’s tied in with the loss of their son. Those two events in her life are related, and that’s going to lead to something. It’s going to mean something. But she and her husband are just so typical. They have a kind of a sweet daily life. And then, bam!”

What follows is a mix of global hopscotching and low-key domestic strife, as Irene and Franklin navigate the first change to their routine in many a moon. Night Sky is a slow burn, even when assassins enter the picture and that interplanetary portal starts to look a lot less innocent.

Spacek has dabbled in television over the years, most recently on shows including Homecoming, Castle Rock, and Bloodline. But Night Sky represents her biggest commitment to the small screen, a headlining role in a prestige television series. Spacek says she’s just doing what she always has—finding the great stories. More than ever, however, those stories are streaming.

“This is kind of the time of television,” she says. “These days, you either have giant event films—$200 million films—or low-budget art films. So you find a lot of interesting material coming through in television. The bumpers are off. You can do so much more with cable or streaming than you could with network television. It’s about the characters. It’s about the story.”

But TV work has its downside, even in this age of plenty. Many actors who work in both mediums rave about the rapid pace of TV production, the rush of working without the net of a relatively gradual movie schedule. With that gradual pace, however, comes valuable perspective.

“If you’re doing eight episodes, it’s hard to get an overview because sometimes all the scripts aren’t written,” Spacek says. “And even if they are, you’re going through them one after the other, after the other, making your tweaks and your changes and finessing them for the new actors who’ve been cast and the things that you all realize as a collaborating group. It’s hard. You can’t ever step back and look at the whole project like you can if you’re working on just one script rather than eight. To get an overview, you have to step off the cliff, or the planet, so to speak.”

Still, the medium suits her well. Spacek has always favored an intimate style of acting; she exudes trustworthiness and authentic warmth. It’s easy to spend time with her in your living room and enjoy her presence over a period of time.

Next up for Spacek: Sam & Kate, a romantic dramedy set (where else?) in a small town, in which Spacek and her daughter Schuyler Fisk star opposite Dustin Hoffman and his son, Jake Hoffman. That, and more quiet time in Virginia. Unless a new planet comes calling.