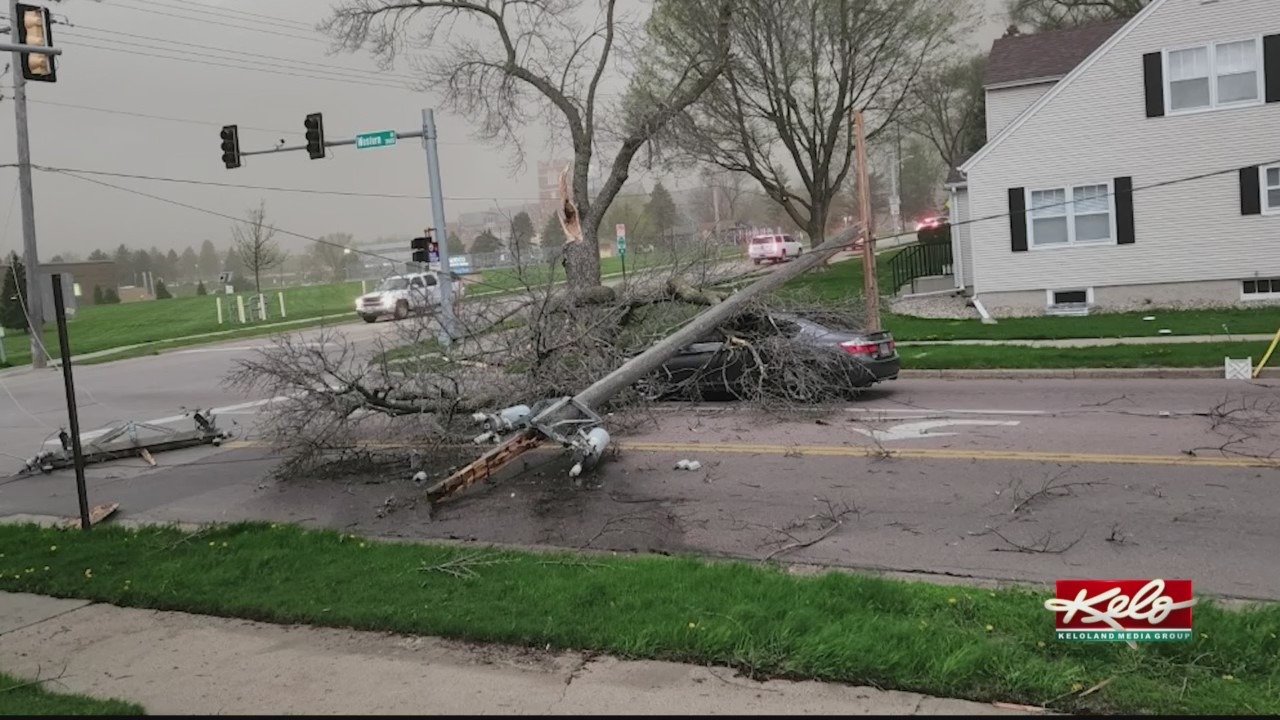 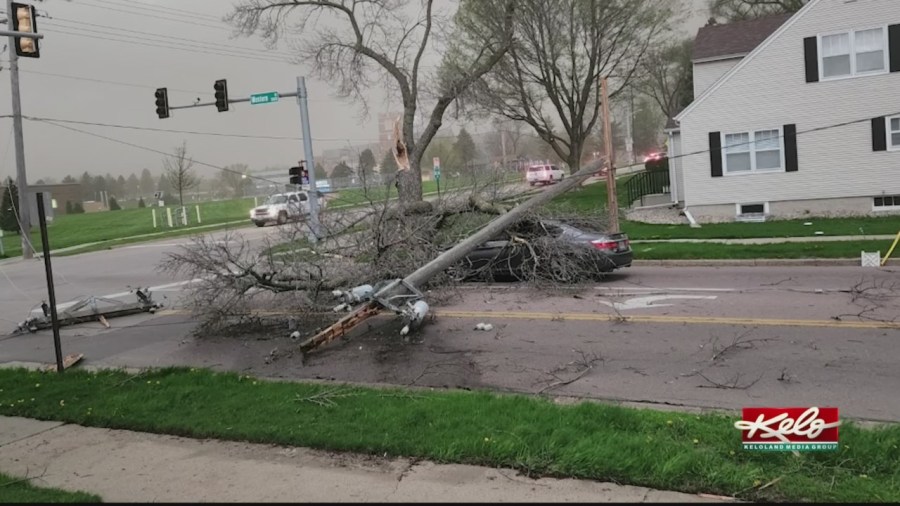 SIOUX FALLS, S.D. (KELO) — A Sioux Falls woman was driving in Sioux Falls when a tree came crashing down trapping her inside her car during Thursday’s storm.

Darla Tilstra was back at the site of her ordeal on Friday near 22nd street and Western Avenue. She remembers every detail, as if in slow motion.

“The tree fell, it was catching on the lines I observed that, the next thing I heard was a loud crack of the power pole breaking off felt that hit my car rocked the car, still just gripping, the transformer smashes on the ground, Tilstra said.

Tilstra was trapped, she couldn’t drive ahead, she couldn’t back up. That’s when a man, wearing a flight suit, came from across the street and knocked on her window.

“He shouted, ‘are you OK?’ I think I rolled my window down I don’t remember, but I know I didn’t verbally respond to him, because I was just nodding my head yeah, he’s like are you hurt, and I’m like, ‘no I’m not hurt, would I like to get out of my car? Yeah, would I like help? Yeah,’” Tilstra said.

The man got Tilstra out and into a nearby duplex. She wanted to thank the man and his brother, but the pilots from Montana were both gone flying by Friday.

She did have a chance to thank Del Towne, who helped lift the tree limb off her car. He says the tree and the pole might have crushed Tilstra’s car had it not been for a single cable.

“The thing that was holding a limb, a Midco fiber optic wire cable, everything else snapped, pole snapped tree snapped but this fiber optic cable was holding it from going further down on the car kinda helped me leverage it up a little bit so I could get her car out. so because of that cable, you were able to lift it off just enough,” Towne said.

“If I had been back any further the tree would have gone through my windshield and likely would have potentially impaled me,” Tilstra said.

Tilstra said not only was luck on her side but something else.

“Just a few blocks away from here a larger tree fell on another person in their car and she lost her life and if I would have been in a different position it could very potentially happened to me. I don’t only think it’s luck but I think it’s a blessing, I think their higher power and I think that they watch out for us,” Tilstra said.

Tilstra said she will continue to reach out to find the man who rescued her from her car.

When she does she plans to give him a big hug and give him a Starbucks gift card.