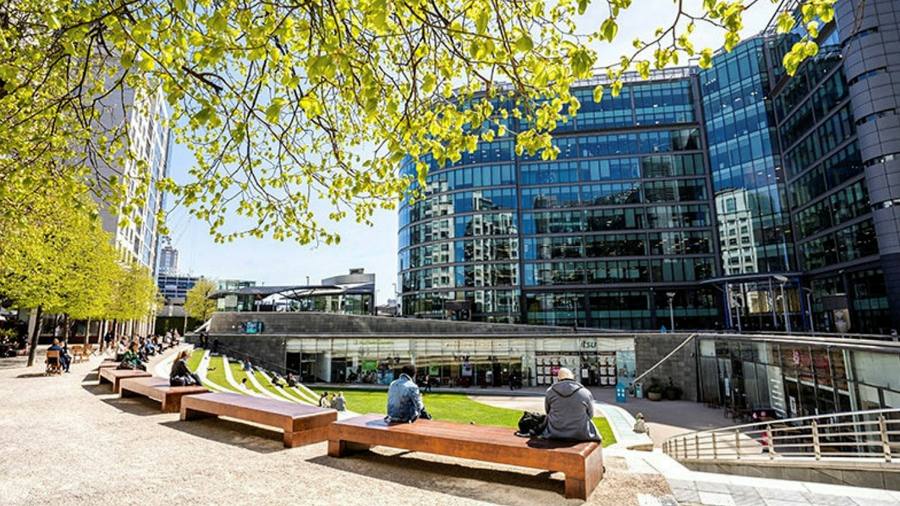 British Land has sold a majority stake in the Paddington office campus it has spent the past nine years building, pulling back from the estate as uncertainty weighs on the return to work and instead investing in sectors with better prospects for growth.

The FTSE 100 landlord announced on Monday that it had sold a 75 per cent stake in its Paddington Central estate for £694mn to Singaporean sovereign wealth fund GIC.

The deal will mean British Land has cash to invest in a campus in Canada Water, east London, and to develop logistics warehousing in London — projects it anticipates will provide better returns.

The sale is the latest in a string of deals that highlight a changing of the guard in the London office market.

British Land and Landsec, another FTSE 100 developer and landlord that has long been a big presence in London’s office market, have signalled a wish to sell off high-end workspace in the capital and focus on development opportunities or diversify into other sectors.

The pair have found buyers among the world’s largest institutional investors, including private equity houses and pension funds, which have been willing to invest in offices with low but stable yields.

Simon Carter, British Land’s chief executive, said he wanted “to focus on situations where we add more value. A big part of that is development: that’s where a lot of the proceeds from this joint venture will go.”

He added that demand from large international investors for London offices was strong, despite the challenges in the sector. “A lot of the sovereign wealth funds are looking at these kinds of opportunities. Capital is coming from across the globe.”

The return to London offices has come in fits and starts, and the occupancy in many workplaces remains far down on pre-Covid levels. There have been signs in recent weeks that the number of returning workers has plateaued.

But GIC is banking that buildings with strong environmental credentials close to transport links will continue to draw tenants.

Tracy Stroh, head of Europe real estate at GIC said: “We are seeing returning demand in the take-up of new office spaces that are of high quality and in prime locations.”

British Land, which is already in a joint venture with GIC at the Broadgate campus in the City of London, will remain as a partner in Paddington, retaining a 25 per cent stake and acting as asset manager.

The gross asset value of the properties held in the joint venture is £936mn, close to 10 per cent of British Land’s total portfolio value.