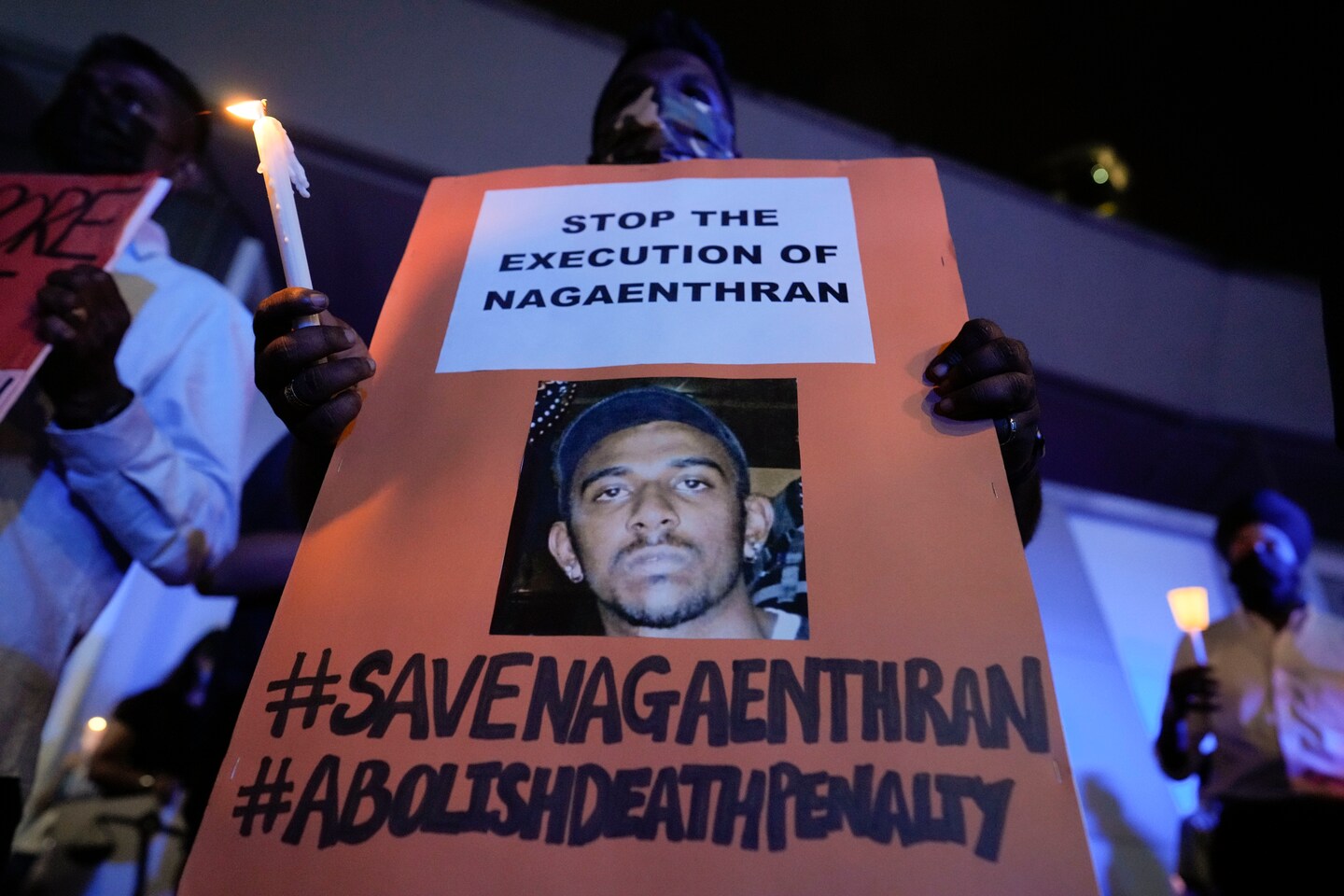 SINGAPORE — Singapore on Wednesday executed a mentally disabled Malaysian man condemned for a drug offense after a court dismissed a last-minute challenge from his mother and international pleas to spare him.

Nagaenthran Dharmalingam, 34, had been on death row for over a decade after he was convicted of trafficking about 43 grams (1.5 oz) of heroin into Singapore. The city-state’s government has said its use of the death penalty for drug crimes is made clear at the borders.

“On this score may I declare that Malaysia is far more humane,” his sister Sarmila Dharmalingam said. “Zero to Singapore on this.”

Nagenthran’s supporters and lawyers said he had an IQ of 69 and was intellectually disabled, and that the execution of a mentally ill person was prohibited under international human rights law.

“Nagaenthran Dharmalingam’s name will go down in history as the victim of a tragic miscarriage of justice,” said Maya Foa, director of non-governmental organization Reprieve.

“Hanging an intellectually disabled, mentally unwell man because he was coerced into carrying less than three tablespoons of diamorphine is unjustifiable and a flagrant violation of international laws that Singapore has chosen to sign up to.”

Nagaenthran and his mother had filed a motion Monday arguing that it was unconstitutional to proceed with his death sentence and that he may not have been given a fair trial because the chief justice who presided over his appeals had been the attorney general when Nagaenthran was convicted in 2010.

The court dismissed the motion, describing it as “frivolous.”

His family said Nagenthran’s body will be brought to their hometown in Malaysia’s northern state of Perak, where they have made preparations for his funeral.

Singapore had halted executions for two years because of the COVID-19 pandemic before resuming them with the execution of a drug trafficker in March.

Anyone found with over 15 grams (0.5 ounces) of heroin faces the death sentence in Singapore, although judges can reduce this to life in prison at their discretion. Attempts to reduce Nagaenthran’s sentence or obtain a presidential pardon failed.

Malaysia’s leader, European Union representatives and global figures such as British business magnate Richard Branson called for Nagaenthran’s life to be spared and used the case to advocate for ending capital punishment.