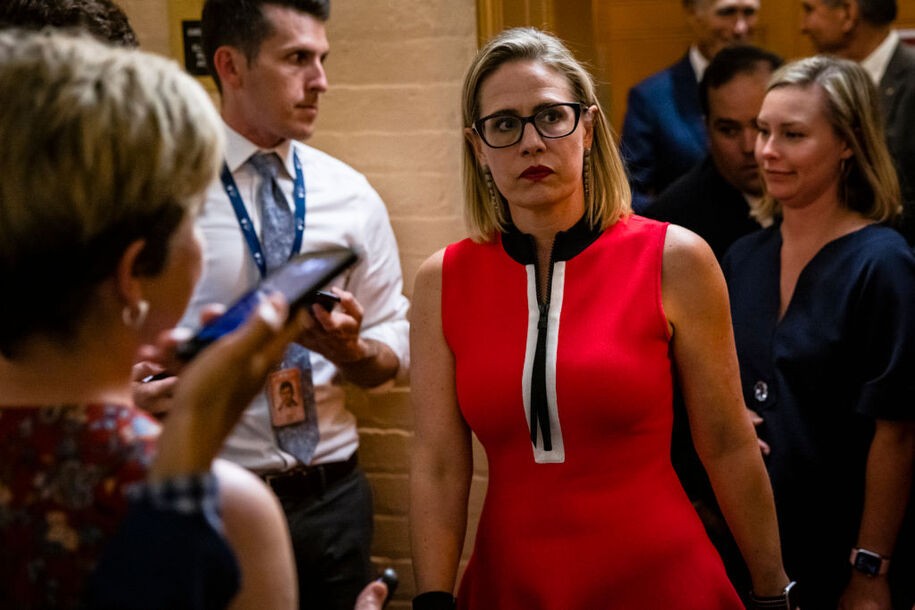 By the way, No Labels seems to have one overriding goal: dethroning House Speaker Nancy Pelosi. Rep. Mark Pocan wrote about that a few years ago, detailing his experience being recruited as a freshman Democrat to the group in 2012. “I attended a few meetings at the outset, but the rhetoric wasn’t about finding ways to get things done and breaking gridlock,” he wrote, “rather it was more about finding more centrist, more corporate and more special interest-focused things to do.”

“While No Labels was originally advertised as a group committed to getting things done and breaking gridlock, it now seems more focused on stopping Pelosi and providing a fast track for special interests and lobbyists,” Pocan wrote in 2018. “[I]t’s clear that No Labels never had any meaningful ultimatums or demands on rules for leadership during eight years of a Republican-led House, or over the last four years of a Republican-led Senate. No Labels only has challenges for Democratic leadership in the House, specifically, for our next speaker, Nancy Pelosi.”

They—and Manchin and Sinema—are using the “unbreakable nine” to do that. Meanwhile, the ringleader of that group, Rep. Josh Gottheimer of New Jersey, has just one policy goal: getting rid of the $10,000 federal deduction cap on state and local taxes. Just as a clue to where this group’s motivations lie, if you needed more.

What’s ridiculous about this is that the further this very small group of conservative Democrats dig in, the likelier it is they lose entirely. They are not just vastly outnumbered by the members of the Congressional Progressive Caucus (CPC), they are now actively alienating fellow Democrats who aren’t in the CPC, like Philadelphia Rep. Brendan Boyle, who tweeted that he is so committed to the larger goals of Biden’s $3.5 trillion Build Back Better plan that will be included in the budget reconciliation bill these yahoos are trying to derail, that “I cannot, in good conscience, support the Senate infrastructure bill if the House fails to vote on the reconciliation bill.”

It’s becoming more and more clear that Manchin’s and Sinema’s (or the pathetic nine’s) goal is not to see their bill get passed—it’s to keep the larger bill from passing and to factionalize the Democratic caucus. If they did nothing, if they happily gave Pelosi their votes on the budget resolution that will lead to the reconciliation bill, the Senate bill would also get a vote, would pass with the CPC people holding their noses after the full budget reconciliation bill passed. Everyone would win. Including Manchin and Sinema, who’ve staked their place in the Senate and with the White House on this infrastructure bill.

Everyone but the Republicans, that is. So why don’t Manchin, Sinema, and the nine want that to happen? The same reason Manchin and Sinema are ultimately fighting their own bill—that’s what ExxonMobil and all the dark money groups behind them and No Labels want.