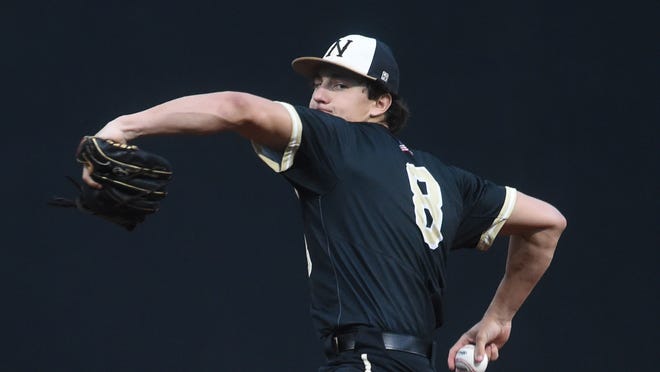 FLOWOOD — Nick Monistere was one pitch from starting in Game 2 of the MHSAA Class 6A championship last season. The Southern Miss signee threw 26 pitches in relief in Northwest Rankin’s 3-2 loss to Madison Central in Game 1.

The MHSAA limits pitchers to 25 or fewer pitches to be able to throw the next day and Monistere — the Cougars’ ace — watched Madison Central claim the state championship with an 11-1 victory on June 6.

Nearly a year later, Monistere and Northwest Rankin are 23-2 and riding a 14-game winning streak one week ahead of the postseason. The Cougars are poised to make another deep playoff run, and this time coach KK Aldridge knows Monistere will have the chance to deliver.

“That was completely my mistake there and it just got away from us,” Aldridge said. “Unfortunately for him and to no fault of his own, he wasn’t able to throw.

“My goal is to get him back there. To do everything in my power to help him get back to that position.”

THE MHSAA ADDS A 7TH CLASSIFICATION:How football coaches reacted to MHSAA adding a seventh classification in 2023-24

Monistere is 6-1 in eight appearances with a 1.79 ERA and 60 strikeouts. He’s also batting .371 with 26 hits, 19 RBIs and five home runs. The senior pitched seven innings, allowed one hit with 12 strikeouts in Northwest Rankin’s 5-0 victory over Kosciusko on Friday. Monistere also went 3-of-4 with three doubles and two RBIs.

“I felt like everything was working — mainly my changeup,” Monistere said. “Tonight was the first night I could throw (it) on any count I wanted to. It was just keeping them off balance.”

The senior rarely thinks about last year’s state championship loss. The Cougars returned seven seniors from last season and were determined to get back to Trustmark Park.

“I’m past that at this point,” Monistere said. “I wouldn’t say it motivates me. It motivates me because they didn’t get to see me. I’m ready to be there this year and let everybody see it.”

MISSISSIPPI STATE FOOTBALL RECRUITING:Malik Ellis wants to reach the NFL. Mississippi State football already has given him a blueprint.

OLE MISS FOOTBALL RECRUITING:Why Lane Kiffin has impressed Dante Dowdell and what Derrick Henry has to do with recruiting

Northwest Rankin finishes the regular season on the road against Terry on Tuesday. However, Monistere and the Cougars are focused on another trip to the state title series.

“I know it was on my mind and I’m sure everybody else’s mind the whole offseason,” Monistere said. “All nine starters were there last year so they know how it felt. That’s even more motivation.”