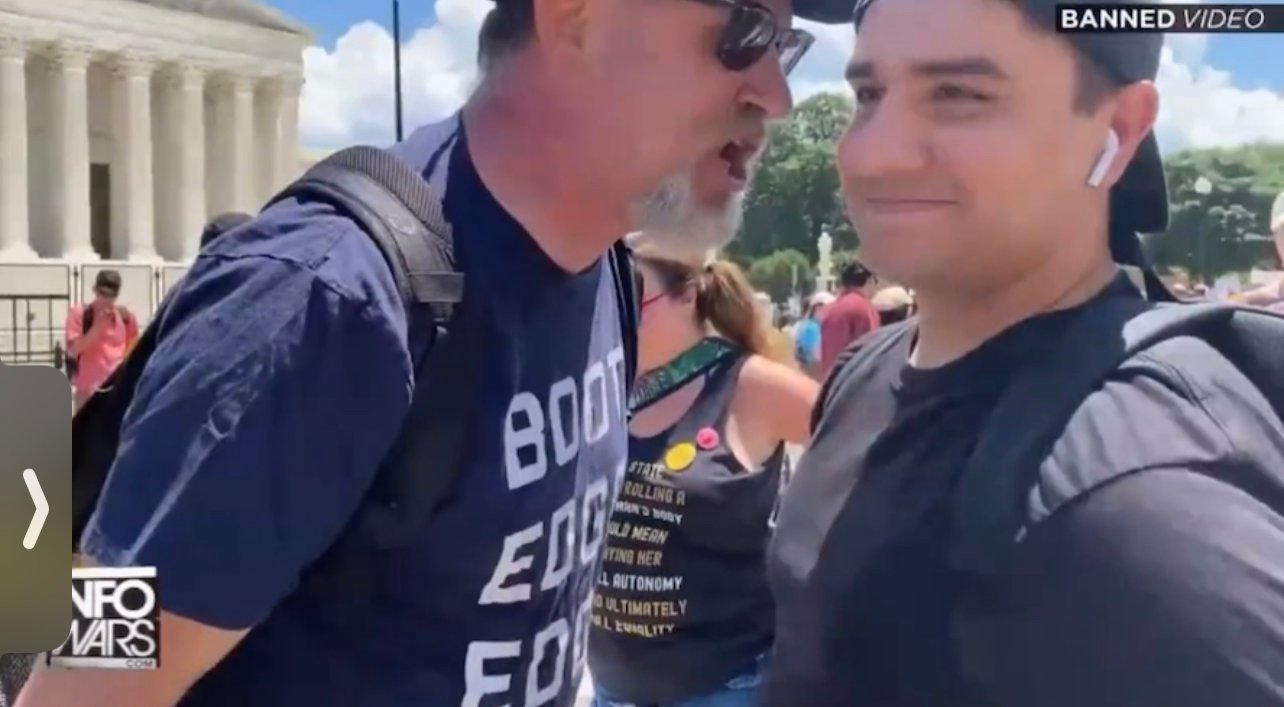 On Friday morning, the Supreme Court sided with the state of Mississippi and overturned Roe v. Wade.

The opinion was written by Justice Samuel Alito.

As The Gateway Pundit reported, left-wing insurrectionists rioted across the nation on Friday night following the ruling, led by Democratic politicians and dark money organizations dedicated to abortion.

Radical leftist mobs formed in front of the US Supreme Court to terrorize elected officials and Justices.

The Gateway Pundit reported that Rep. Marjorie Taylor Greene was attacked outside of SCOTUS right before she was rushed away by her security.

Rep. Marjorie Taylor Greene Attacked By Unhinged Leftists Outside Supreme Court, Has to be Rushed Away By Security (VIDEO)

The mob outside of the Supreme Court is furious and unhinged. Investigative reporter Drew Hernandez recently filmed a deranged lunatic aggressively getting in his face after allegedly assaulting the camerawoman, Savanah Hernandez.

“No, I will not have a f*cking conversation, you worthless little sack of sh*t,” the leftist thug screamed just inches from Hernandez’s face. Fearlessly, Hernandez replied, “I guess the pandemic’s over.”

An unhinged Pro Abortion man aggressively gets in my face during a live interview in front of the Supreme Court and assaults the camera woman, Sav Hernandez | @TPUSA pic.twitter.com/Cd9VvVYck8