Ships to compete with planes for vaccine deliveries, says Maersk 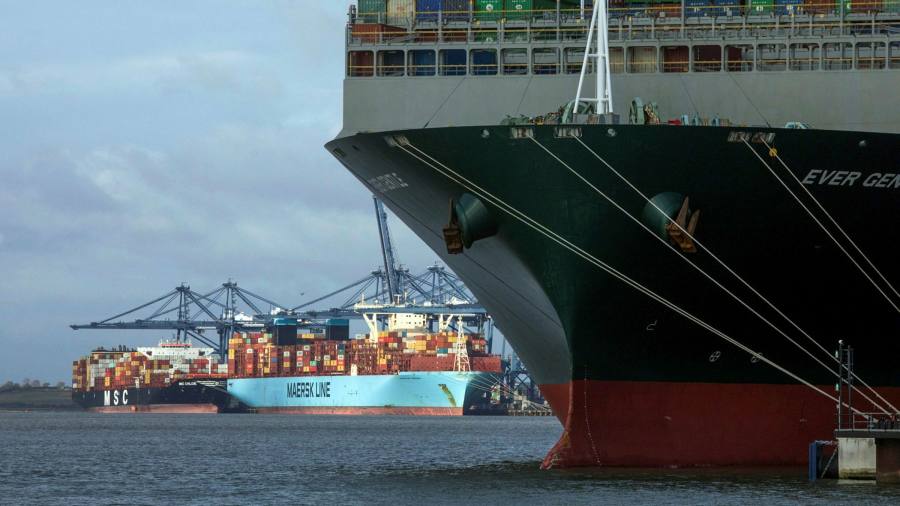 Ships will soon compete with planes to deliver Covid-19 vaccines in a distribution drive that could take four years, according to the head of pharmaceuticals at AP Moller-Maersk, the world’s largest container group.

Most of the vaccines have been transported by air and land since the factories are mainly located in Europe, the US and India, close to early recipients. But ships will be used increasingly to access markets in Africa, Asia and South America from midway through this year, when Maersk predicts vaccine supply will outstrip air freight capacity.

“By the middle of 2021, then we will see a surplus of vaccines and see a logistics network that is not able to handle it in terms of air freight, cold-chain infrastructure,” said Hristo Petkov, head of pharmaceuticals at Maersk. “Then shipping containers play a bigger role.”

Half of all Covid-19 vaccine distribution will happen locally through overland and short-haul flights, said Petkov, but planes and vessels will fight for the remaining half, with manufacturers and health authorities taking account of supply chain maturity, infrastructure and vaccine production rates.

Over the past decade, ocean liners have been steadily taking share from air freight in the transportation of medicines, treatments and vaccines, as the threat from generic drugmakers has forced pharmaceutical companies to cut costs. Yet quicker, more costly air freight remains dominant for more expensive pharma goods.

Eighty-seven per cent of medical products by volume are sent via sea versus 13 per cent by air, but that ratio flips in terms of value, estimates Mark Edwards, managing director of logistics consultancy Modalis and a former regional freight lead for AstraZeneca.

“The Covid vaccine fits at the higher end of low value,” he said, but added that the share of container shipping was likely to be lower than usual as speed is prioritised.

AstraZeneca’s use of ocean carriers has soared in recent years and the low cost of its coronavirus shot makes it a leading candidate to be shipped by sea.

Maersk has an exclusive agreement to distribute a vaccine under development by Covaxx, a US biotech group that aims to produce 1bn doses by the end of 2021.

Advocates say the refrigerated containers on vessels, known as reefers, can function as mobile warehouses on land, helping countries lacking cold-chain infrastructure, while seaborne transport steadies the flow of vaccines out of factories. It arguably leads to less waste as sea freight passes through fewer handlers, lowering the risk of temperature deviations.

Still, Edwards said that a fair number of vaccine makers were likely to stick with airborne cargo because quality departments at the pharma groups, which “rule the roost”, tend to resist change.

Maersk has also joined other logistics groups and the world’s largest vaccine manufacturer, Serum Institute of India, in warning about lengthy waits for developing nations because production capacity will not be increased quickly enough to go faster.

“It will take three to maybe four years to vaccinate the whole world,” said Petkov at Maersk. “If you think everything will be done by the notebook, then you’ll be done by 2023. But there could be different variations of the virus and vaccines, so we are looking at this potentially continuing longer.”