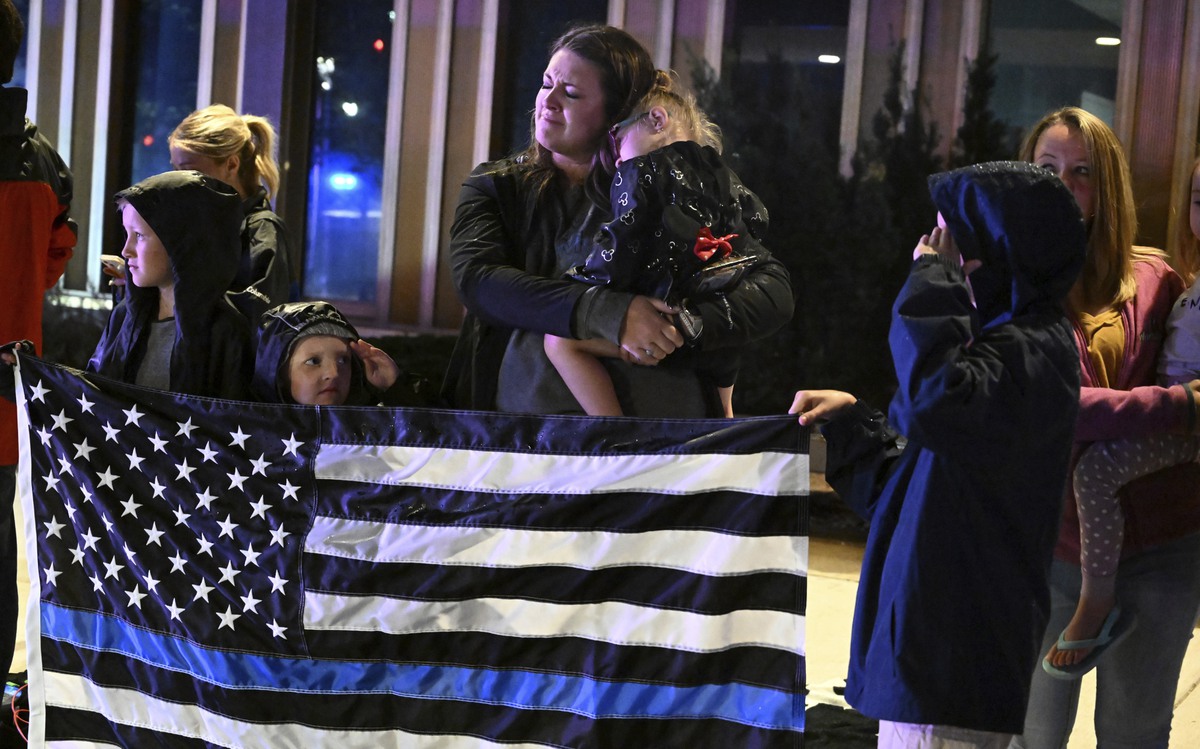 The Gibson family to pay their respects to fallen El Paso County Sheriff’s Deputy Andrew Peery as a procession of law enforcement vehicles was escorting the hearse carrying the body of Peery past the El Paso County Sheriff’s Office in Colorado Springs, Colo., on Sunday, Aug. 7, 2022. Peery, a decorated SWAT operator and deputy, was killed Sunday evening while responding to a shooting in Security-Widefield.

DENVER — A woman and a sheriff’s deputy were fatally shot at a home in southern Colorado over the weekend and the suspected gunman was later found dead inside the home, authorities said Monday.

El Paso County Sheriff’s Deputy Andrew Peery, 39, was wounded Sunday after he arrived with two other law enforcement officers to investigate a report of a shooting at the home in the community of Security-Widefield near Colorado Springs, Colorado Springs police said in a statement. John Paz, 33, fired at the officers, hitting Peery, and another sheriff’s deputy returned fire, police said.

Colorado Springs police, which is investigating the shooting, believe Paz also killed the woman. Her connection to Paz was still being investigated, spokesperson Jason Newton said.

Paz worked at the U.S. Air Force Academy’s airfield in the 94th Flying Training Squadron, which conducts glider training for cadets. He had been an aviation resource management technician there since December, school spokesperson Dean J. Miller said.

“Our condolences go out to all the friends and family affected by Sunday’s incident,” Miller said.

People lined up on Sunday to honor Peery as a hearse carrying his remains drove from a hospital to the coroner’s office.

Gov. Jared Polis also expressed sympathy to the family of Peery, who was a decorated member of the sheriff’s department’s SWAT team.

“My thoughts and condolences are with the family and friends of Deputy Peery and all our neighbors in law enforcement who put their lives at risk to serve others,” he said.