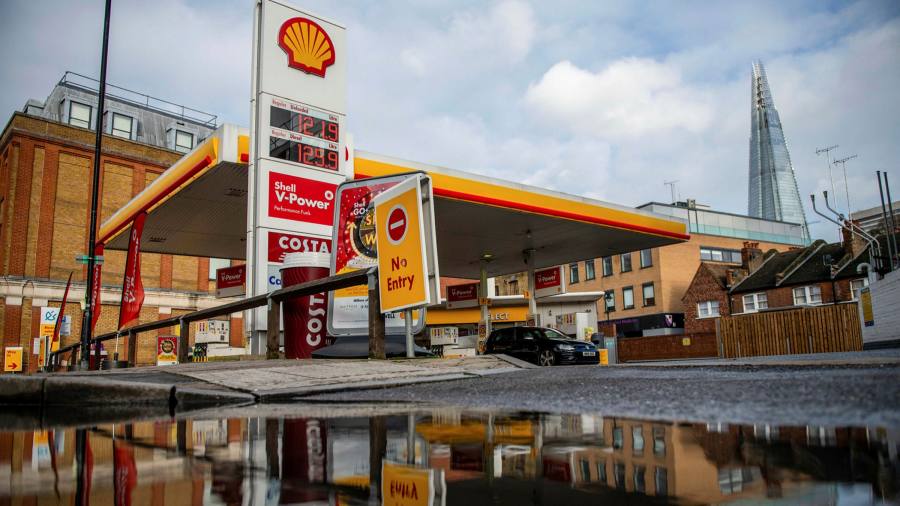 Royal Dutch Shell raised its dividend for a second consecutive quarter despite an 87 per cent drop in earnings on lower energy prices, reduced production and weaker refining margins.

For the three months to December 31, the Anglo-Dutch oil major’s net income adjusted for cost of supply — Shell’s preferred profit measure — dropped to $393m. This compared with $2.9bn in the same period a year ago and was short of analysts estimates of $597m.

For the full year, Shell reported a 71 per cent drop in profits to $4.8bn, versus $16.5bn in 2019. This is the lowest at least since the unification of Royal Dutch and Shell Transport into one parent company in 2005.

The coronavirus crisis and the resulting collapse in oil demand and prices have wreaked havoc on the balance sheets of major companies, just as European players are seeking to generate more cash to plough into lower carbon energies and technologies.

Shell said it would increase the dividend 4 per cent to 17.35 cents a share in the first quarter of 2021.

In October, Shell raised its dividend — after the first cut to its payout since the second world war earlier in the year — as it sought to woo back investors after a dramatic fall in the company’s share price to a multi-decade low amid broader oil market malaise.

The company has said its strong cash flows and performance gave it confidence to resume paying a higher dividend as part of a “new era” of annual growth. It cut the dividend by 66 per cent to 16 cents in April.

“We are coming out of 2020 with a stronger balance sheet,” said chief executive Ben van Beurden on Thursday. “We are committed to our progressive dividend policy.”

Shell, which is trying to navigate the twin challenges of the pandemic and the shift towards lower carbon energy, plans to elaborate on its strategy for a net zero emissions future next week.

Brent crude has recovered from 18-year lows hit last year to above $55 a barrel but it is still lower than the $70 level at the start of 2020. While oil executives have been optimistic about the rollout of vaccines they are cautious about predicting a runaway recovery.

Shell, under pressure before the coronavirus outbreak as economic conditions worsened and refinery margins weakened, was then forced to suspend a buyback programme, slash spending by billions of dollars, cut costs and thousands of jobs and issue bonds.

The company reported cash flow from operations at $6.3bn in the fourth quarter, down nearly 40 per cent from last year.

Once the company has hit a net debt target of $65bn, Shell said it will aim to distribute 20-30 per cent of cash flow from operations to shareholders through dividends and share buybacks.

Coupang has entered S’pore, here’s all you need to know about this ‘Amazon of South Korea’

China’s Ant highlights distinction between NFTs and cryptocurrencies By Reuters