Shed Hunters get their rewards at Bridger Teton National Forest 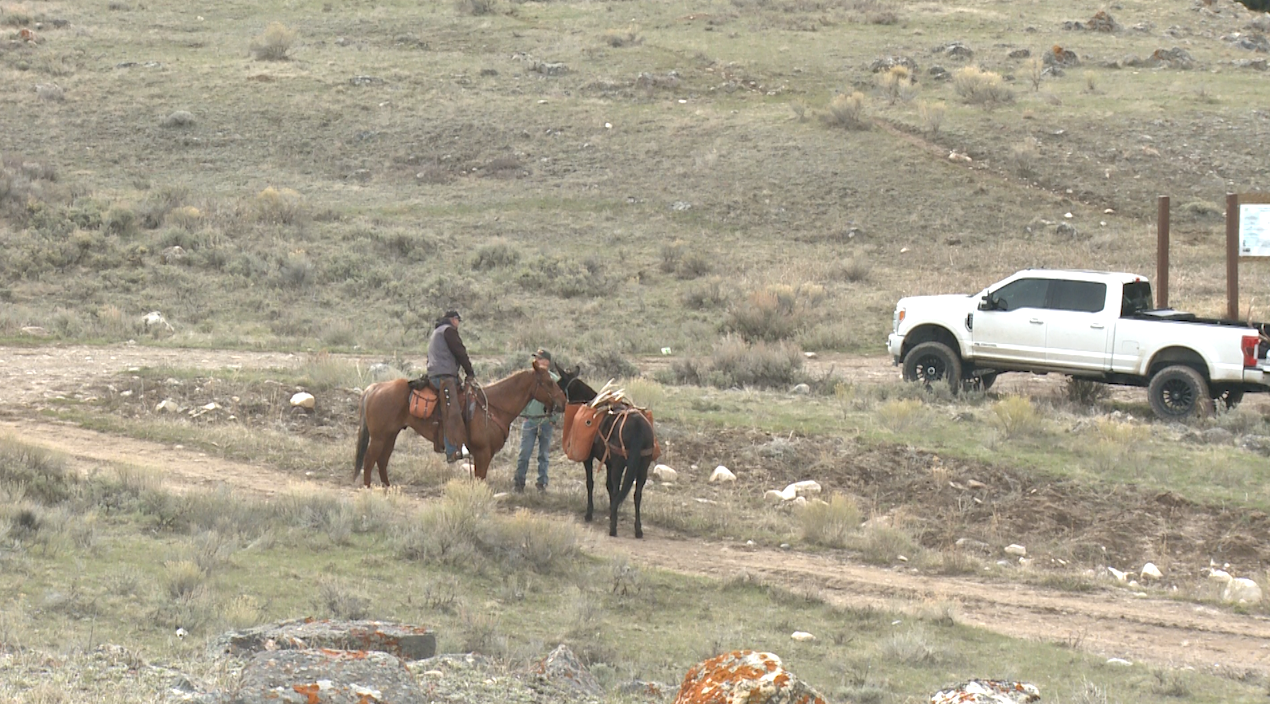 JACKSON, Wyoming (KIFI)- Hundreds of people from all over the United States came to Jackson Wyoming on Saturday. They came to participate in the annual Antler Shed Hunt at the Bridger Teton National Forest. The event kicked off at 6am. The motorcade started at the Jackson Fair Grounds and branched out to various spots beyond the National Elk refuge.

Kevin Gleason drove nearly 30 hours from New York to be a part of the action. He says “Our shed obsession got a little out of hand, so we put thousands of miles on every year.” He goes on to say he and a few friends made the trek here to get larger antlers that aren’t usually found the New York area.

Gleason also mentioned that he “Could always use more sheds. So we’ll see if we can find any more today. We’ll probably hit a couple other grounds.” He says the yearly trip is worth it, just for the opportunity to find lots of antlers every year.

Another antler enthusiast, Tyler Perry, came to the area from Montana. He says the anticipation before the event started was nothing else he’s experienced. “It was crazy. Like last night, I was, like, not really feeling anything. And then this morning got in the truck and, like, we were waiting to go.” he tells us, “I was just, like, getting super handsy and nervous and this crazy like, head now we were like 47th in line, so not very far back. And I mean, coming out, you could just see how many cars were in front of us and it was probably a mile ahead.”

He says it was all part of a very productive morning. “We came around eight or nine, something like that.” Perry tells us, “But it’s good. It’s fun. It’s a good little couple hours worth of work.”

Not everyone came a way with a large haul of antlers. One group that didn’t, said that although they struck out on the antlers they had a good time and would be coming back next year from more.

From May 1 to New Years you may take, antlers you find on the ground home with you in between that range of dates, antler hunting and gathering is illegal in our area.