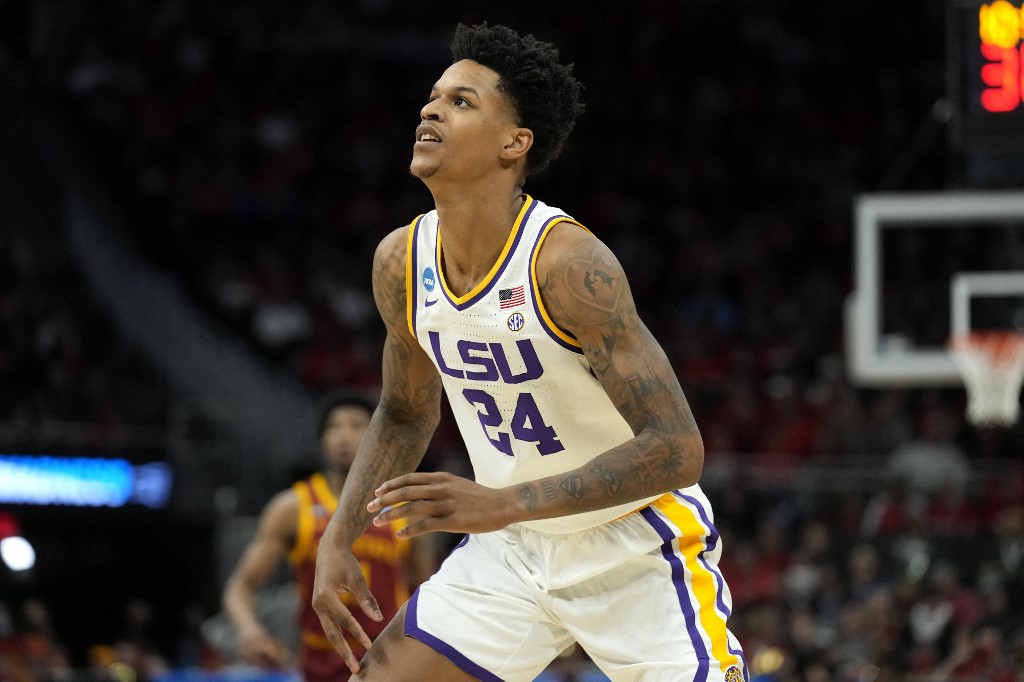 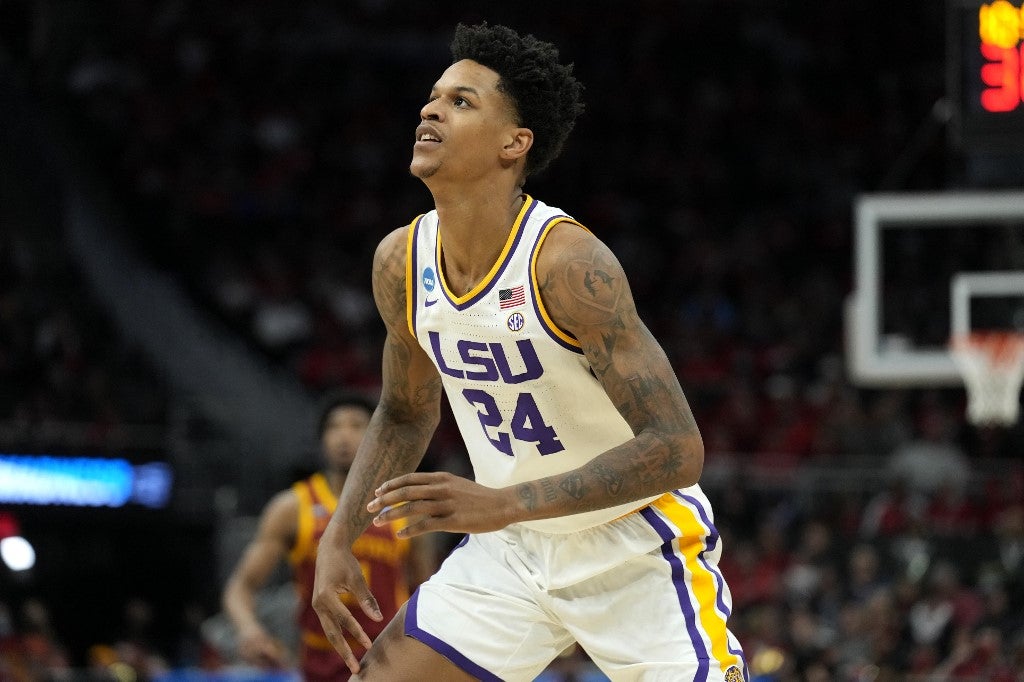 Shareef O’Neal #24 of the LSU Tigers looks on against the Iowa State Cyclones in the first half during the first round of the 2022 NCAA Men’s Basketball Tournament at Fiserv Forum on March 18, 2022 in Milwaukee, Wisconsin. Patrick McDermott/Getty Images/AFP

Shareef O’Neal, son of basketball Hall of Fame member Shaquille O’Neal, will play for the Los Angeles Lakers in the NBA Summer League.

The elder O’Neal won three NBA championships with the Lakers (2000-02).

A 6-foot-10 forward, Shareef O’Neal wasn’t selected in Thursday night’s NBA draft. He worked out with multiple teams, including the Lakers, in the pre-draft process.

He started his college career at UCLA in 2018-19 and redshirted because of a heart condition. He played part of the 2019-20 season for the Bruins, then transferred to LSU the following year.

In 37 games (no starts) over one season with UCLA and two at LSU, he scored a total of 97 points and had 112 rebounds, 13 blocks and four assists.

In a pre-draft chat with reporters, Shareef O’Neal said he and his father disagreed about his basketball future.

“He didn’t want me to do this (enter the draft), and I know he probably doesn’t want me saying this, but sorry. We’re both grown, we’ll get past it,” the 22-year-old O’Neal said

“I know he’s an NBA legend, I know he’s my dad, but it was right in front of me, I had to go get it. So, if he likes it or not, it’s not really going to stop me from doing what I want to do.”