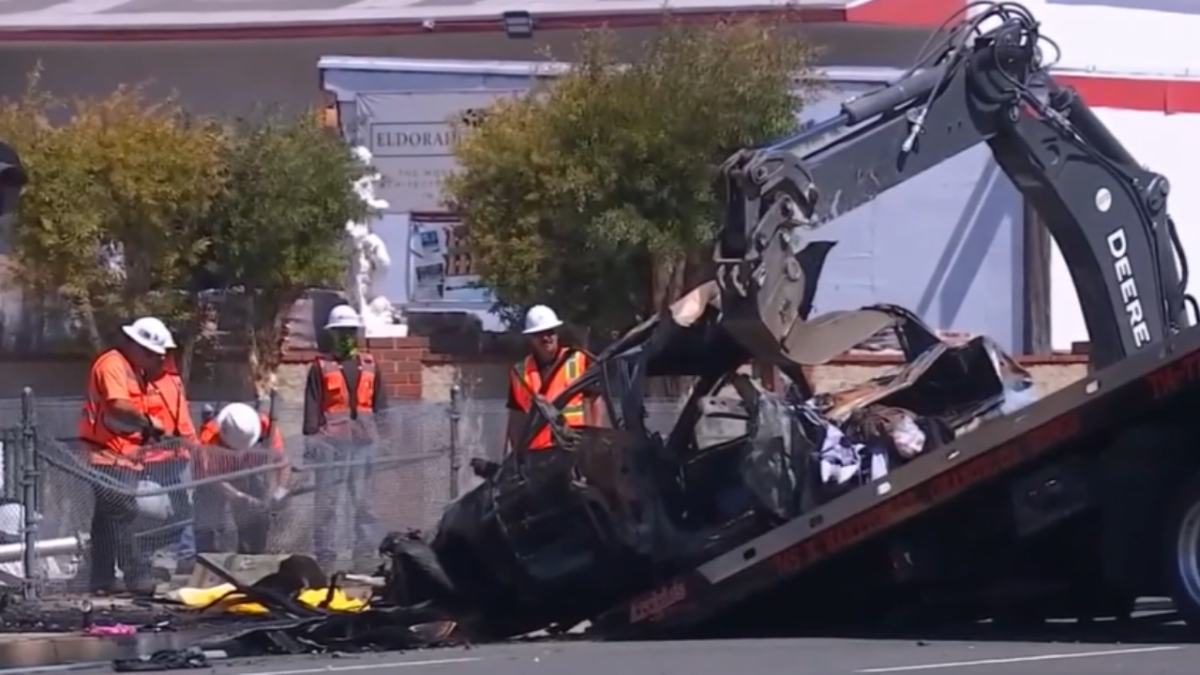 At least three people are dead in a fiery crash in the city of Orange where police say speed was a factor in the crash and the victims were ejected from the car.

The car involved in the crash was a Nissan Altima. Police had to run the VIN number to be able to identify what type of car it was.

“There was a NOS tank out at the scene and some balloons and we believe that impairment was a contributing factor as well as speed to this collision,” said Sgt. Phil McMullin from the Orange Police Department. “The nitrous oxide they inhale that and they get high and it impairs their ability to drive.”

Police say around 2:45 a.m. Saturday an officer had just finished with a traffic stop when they heard a car speeding southbound on Glassell St. The officer started heading in that direction and when they arrived at Taft Ave. and Glassell St. the car was engulfed in flames.

Sgt. McMullin said that seven people were ejected from the car and three people died. Four others were rushed to local hospitals.

Two of those victims rushed to the hospital were minors. There is no information on their injuries.

“I was driving by and saw the flames and saw bodies everywhere,” said Joshua Ellis a witness. “Orange PD and Fire Department arrived on the scene immediately and rendered aid and I’ve never seen this before.”

Police say no other cars were involved in the crash.

This accident is still being investigated.