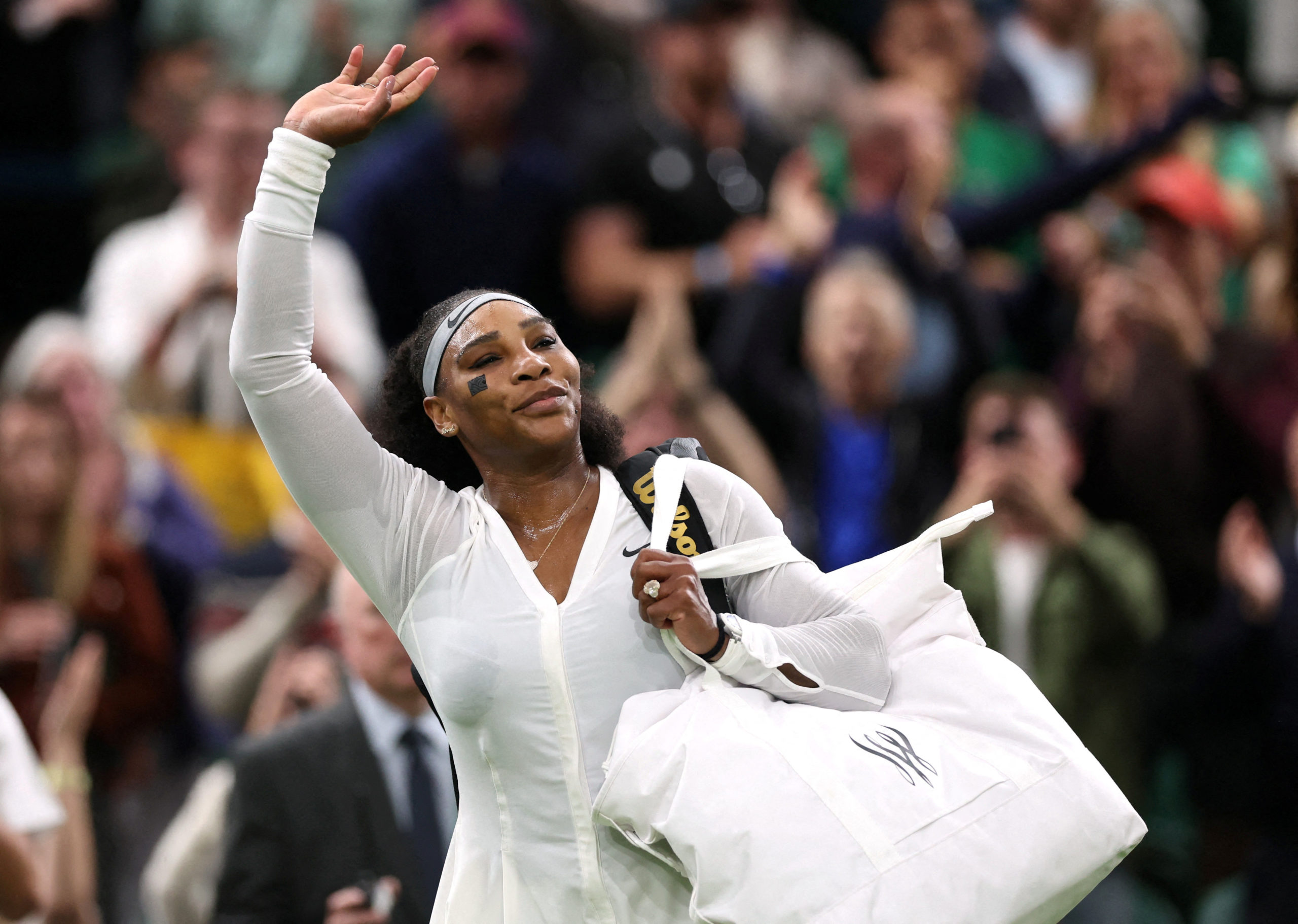 LONDON— Playing her first singles match for a year after injury, Serena Williams’ opening-round Wimbledon loss to Harmony Tan on Tuesday was hardly her most unexpected defeat, but there were plenty of signs it could be the most portentous yet.

Of course nobody goes on forever, not even Williams who has performed numerous near miracles throughout a career spanning three decades.

Still, it made for uncomfortable viewing seeing the rusty seven-time champion a faded shadow of the player who has won 23 Grand Slam singles crowns.

For having long made a habit of seeing off lesser mortals while cruising at barely half pace, on Tuesday there seemed nothing to dig into, no extra gear, nor any aura to lend an advantage.

Instead, she brandished blunted tools and slumped to a three-set defeat before contemplating her future.

“That’s a question I can’t answer,” the 40-year-old said when asked if she would return to Wimbledon. “Like, I don’t know. I feel like, you know, I don’t know. Who knows? Who knows where I’ll pop up.

“And that’s all I can do. I can’t change time or anything,

It is always going to be tough for Williams to walk away from the sport she has dominated. And despite falling short on her return to singles action here, she seems motivated to keep going, keeping the door open for an emotional return to New York for the U.S. Open in August.

“It definitely makes me want to hit the practice courts because, you know, when you’re playing not bad and you’re so close,” she said, seeking something positive from a bad day.

“Like I said, any other opponent probably would have suited my game better. So, yeah, I feel like that it’s actually kind of like, Okay, Serena, you can do this if you want.

“Yeah, I mean, when you’re at home, especially in New York, and the U.S. Open, that being the first place I’ve won a Grand Slam, is something that’s always super special. Your first time is always special. There’s definitely, you know, lots of motivation to get better and to play at home.”