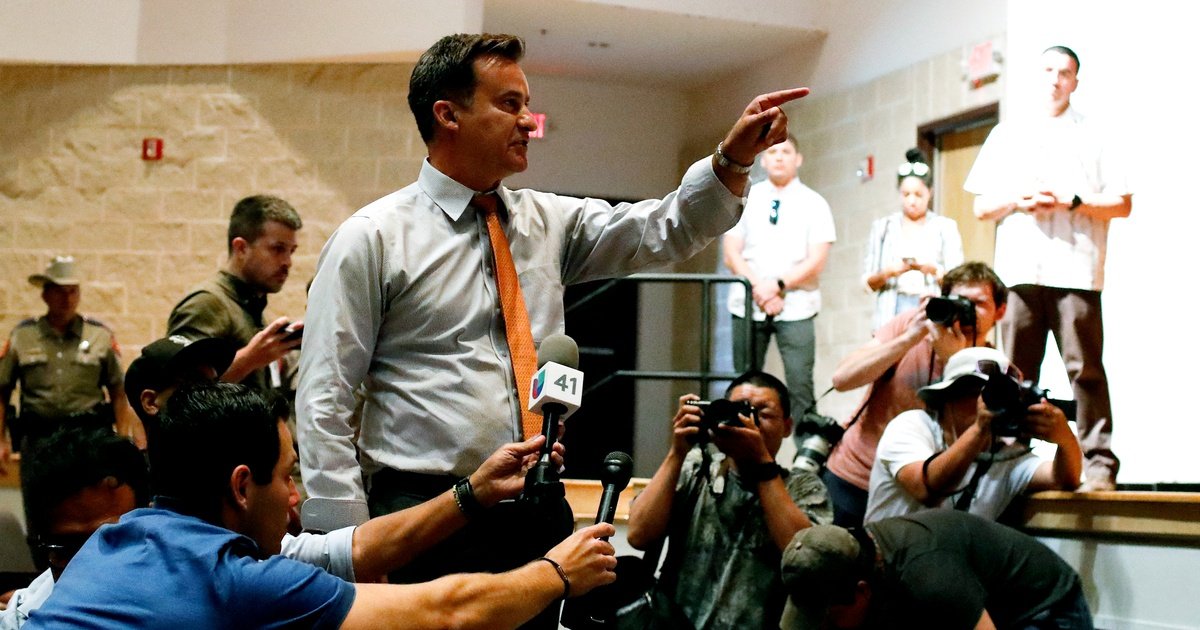 State Sen. Roland Gutierrez, a Democrat who represents Uvalde, said his exclusion from a special legislative committee designed to make legislative recommendations in response to the Uvalde shooting was a “slap in the face” to the people of that community.

“I do consider it a slap in the face to the people of Uvalde,” said Gutierrez, who has been one of the most vocal Democratic lawmakers on the need for gun safety measures since the school shooting last week. “They didn’t have their representative there.”

Gutierrez also said the selection of the committee’s members was an affront to residents of El Paso and Santa Fe, two communities rocked by mass shootings in 2019, who also will not have their state senators on the committee. The committee members are appointed by Lt. Gov. Dan Patrick, a Republican whom Gutierrez has been critical of in the past.

Patrick did not immediately respond to a request for comment, but Gutierrez said the two had a 90-minute phone call in which Patrick expressed a concern that Gutierrez might be “politicizing” the issue.

“This issue is political,” said Gutierrez, who is pushing for raising the age to buy firearms from 18 to 21 and for a waiting period to complete the purchase. “I’m a public policymaker. And we need to come up with a political answer.”

The three committee leaders Patrick selected are conservative Republican allies who, like Patrick, are unlikely to entertain legislative recommendations to curb access to guns.

“These three leaders have the experience and knowledge to lead this important committee,” Patrick said in a statement announcing the members. “The committee members also represent a cross section of school districts and communities of all sizes across the state.”

The special committee is made up of eight Republicans and three Democrats, including Sens. Juan “Chuy” Hinojosa of McAllen; Royce West of Dallas, whose city saw a mass shooting of police officers by a gunman in 2016; and Judith Zaffirini of Laredo, whose district includes Sutherland Springs, where a gunman killed 26 people at a church in 2017.

The special committee was requested by Gov. Greg Abbott, who also asked House Speaker Dade Phelan for committees in that chamber to study school safety, mental health, social media, police training and firearm safety. In public statements since the shooting, Abbott has mostly closed the door on the possibility for gun control, signaling that the Legislature will likely focus on mental health and school safety.

Gutierrez has also been critical of Abbott this week, saying legislators had already studied these issues after mass shootings in El Paso and Midland-Odessa in 2019 and after a school shooting in Santa Fe, southeast of Houston, in 2018.

The roundtables after the Santa Fe shooting led to legislation that pushed for more legislative funding for addressing mental health and an increase of teachers with weapons and police at schools, but no significant gun safety measures. The committees following the El Paso and Midland-Odessa shootings stopped their work during COVID-19 and never finished their meetings or issued legislative recommendations. In the legislative session that followed, legislators instead focused on loosening gun laws, including allowing Texans to carry handguns in public without license or training.

“We’ve seen this show before from Greg Abbott,” Gutierrez said. “The same roundtables that he did after Sutherland Springs, the same recommendations that he issued after El Paso and the same concerns that were levied after Santa Fe. We’ve seen the show over and over again.”

On Saturday, Texas Senate Democrats asked Abbott to call a special session to address gun violence and pushed for policies like raising the age to purchase firearms, universal background checks for all firearm sales, “red flag” laws, a waiting period for the purchase of a firearm and a ban on large-capacity magazines.

El Paso Sen. César Blanco, a Democrat, was also left off the special committee to address gun violence, as was Sen. Larry Taylor, R-Friendswood, who represents Santa Fe. Gutierrez and Blanco are both freshmen senators who joined the chamber in 2021 after years in the House. Taylor is a an outgoing 10-year veteran of the chamber.

Blanco was a leading voice in addressing the mass shooting in his hometown. During the last legislative session, he sponsored multiple bills taken directly from Abbott’s recommendations for addressing gun violence after the El Paso shooting, but only a few minor bills were approved by the Legislature.