Sen. Johnson tells radio host there was no insurrection because white people can’t break the law 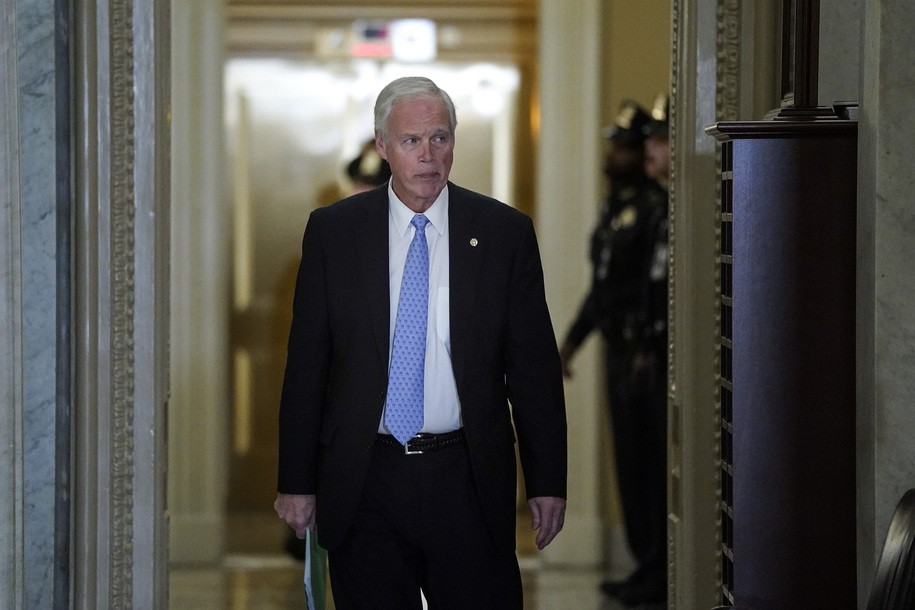 Johnson first reexplained his alternate dimension take on Jan. 6, 2021, saying: “I’m also criticized because I’ve made the comment that on January 6, I never felt threatened, because I didn’t. And mainly because I knew that even though those thousands of people that are there marching to the Capitol were trying to pressure people like me to vote the way they want me to vote. I knew those are people that love this country, that truly respect law enforcement, would never do anything to break a law, and so I wasn’t concerned.” Before we get to the racist double standard explanation that Johnson gives, let’s break this first part down.

Johnson was voting the way those people wanted him to vote. He wasn’t under any pressure to do anything. The die was cast for old Ronnie, who had weeks before given up even the semblance of integrity in fealty to Donald Trump and his dangerously fake election fraud claims. “These people” love this country?  What are they loving about it, exactly? To be very clear, you don’t have to love much of anything about anything to be a citizen and have a vote and be afforded your civil rights. But it’s unclear what these MAGA faketriots “love,” about our country. I mean, I have some ideas and I’m sure you do too, but I’m not sure Johnson could tell you a single thing they love about our country besides the words “troops” and “flag” and “God,” or something.

Here’s the second half of Johnson’s statement:

Let’s begin here. Donald Trump didn’t win the election. So that’s not a thing. Johnson’s entire racist argument here relies on the concept that it’s okay for U.S. officials like Nancy Pelosi, Alexandria Ocasio-Cortez, Rashida Talib, Chuck Schumer, and even Mike Pence to have been “concerned” that they might be hurt and/or murdered by a mob of mislead insurgents because … they represent the opposition to … Donald Trump. That’s not how a democracy is set up to work. The last time we decided on that, it was a bunch of southern barbarians who didn’t want to move into the future and end slavery.

Newspapers in Wisconsin have called on Johnson to resign for being part of a seditious cabal within the Senate along with Josh Hawley. Johnson has said that he’s considering retirement after 2022. In his decade in office, Johnson has already been called a racist. Actually, Johnson called himself out by mistake after Sen. Jay Rockefeller of West Virginia said the GOP’s opposition to President Obama and the Affordable Care Act were based on Obama being the “wrong color.” Johnson’s faux-emotional attempt to accuse Democratic officials of “using the race card” really reminded people how goddamn racist people like millionaire Johnson are. But, like fellow Daily Kos staff member Hunter wrote back in September, the entire Republican Party has been, and continues to remain, complicit in the racism and the conspiracy bullshit that people like Trump and Johnson and others have been vocalizing for years.

Blatant racism from @RonJohnsonWI here. He says he wasn’t worried on 1/6 because the majority-white insurrectionists who stormed the Capitol “love this country,” but says if they were Black Lives Matter protestors he would’ve been concerned for his safety. #WISen pic.twitter.com/V3gm4cLw8v