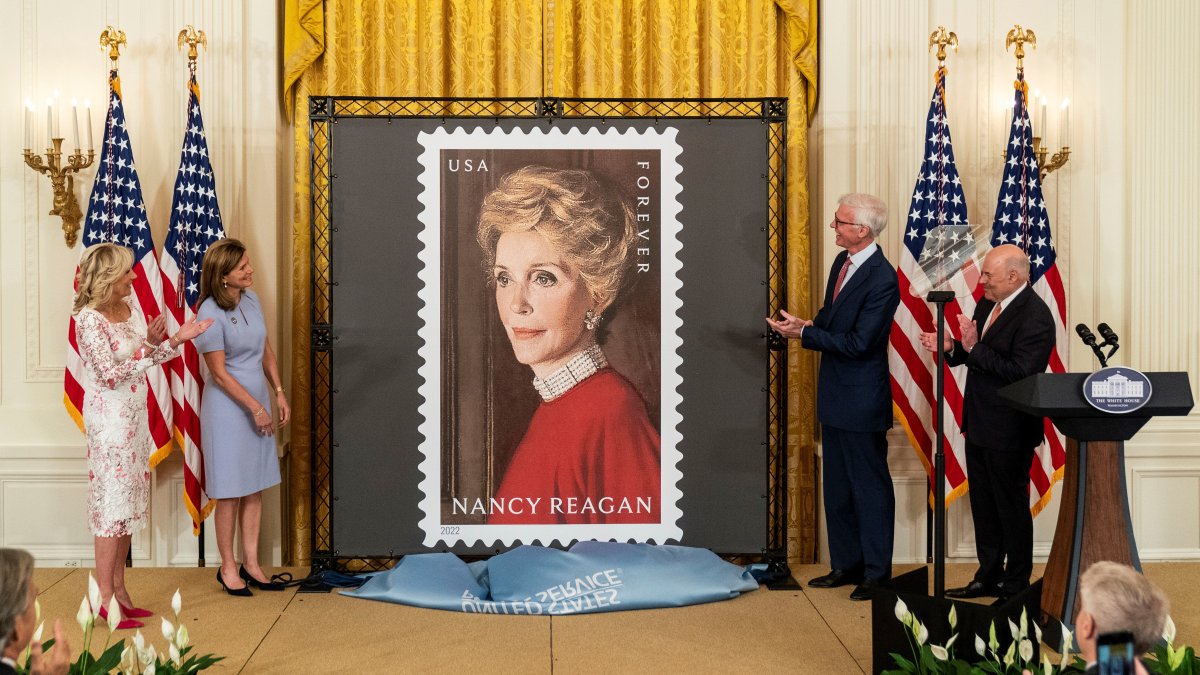 The stamp issued Monday is a cropped detail from her official 1987 White House portrait by artist Aaron Shikler. She is dressed in a gown of her favorite color — red.

The stamp was issued in panes of 20 Forever stamps.

Born Nancy Davis in 1921 in New York, she headed west to pursue an acting career. She met Ronald Reagan on a dinner date set up so she could discuss a problem involving the Screen Actors Guild, of which he was a board member.

After marrying at the Little Brown Church in the San Fernando Valley in 1952, the Reagans moved from Southern California to Sacramento. She was part of charitable work during her time as first lady of California and in the White House.

“During her husband’s two terms in office, she would prove to be one of the most important and influential advisors, providing unwavering support for the president,” the USPS said in a statement.

The couple moved back to California after leaving the White House. Ronald Reagan died in 2004 after a battle with Alzheimer’s disease.

The Reagans established the Ronald and Nancy Reagan Research Institute in 1994 and raised money to fund research.

She died of consumptive heart failure at her Bel Air home in 2016 at age 94.