See the Bridgerton Cast in Real Life, from Rege-Jean Page to Julie Andrews 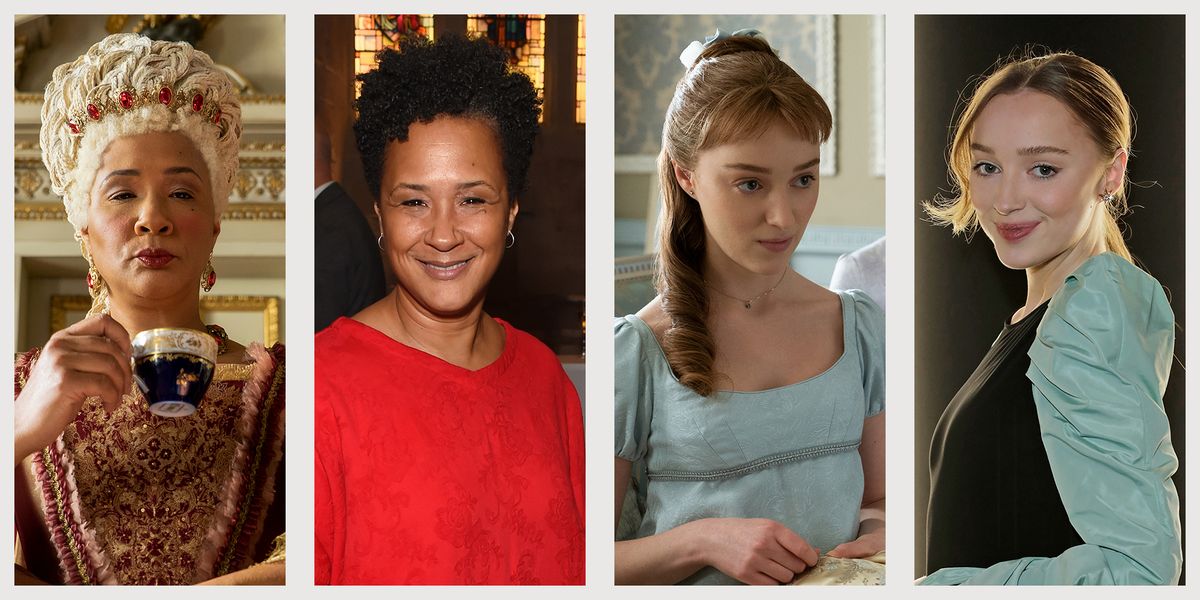 Rosheuvel, known for her work as a stage actress in Britain and for guest roles on TV shows like Luther and Silent Witness, lords over high society as Queen Charlotte.

The inimitable Julie Andrews voices Lady Whistledown, the notorious author of a gossip sheet that drives much of Bridgerton‘s drama.

Actress Ruth Gemmell, known for her work in Fever Pitch (1997), EastEnders, and more, takes on the role of Lady Violet Bridgerton, the Bridgerton family’s well-meaning matriarch.

Claudia Jessie is no stranger to period dramas, having played Amelia Sedley in 2017’s TV miniseries Vanity Fair. In Bridgerton, she takes on the role of Eloise Bridgerton, the clan’s wisecracking, second-eldest daughter.

Regé-Jean Page (Sylvie’s Love, For the People)is the actor behind Simon Basset, Duke of Hastings—a childhood friend of Anthony Bridgerton’s and the heartthrob of the first season. (Though sadly, he has left the series.)

Adjoa Andoh, a celebrated stage actress known to TV and film audiences for her turns in Invictus and Silent Witness, plays the lightly mischievous Lady Danbury, a mother figure to the Duke of Hastings.

Nicola Coughlan, the breakout actress known for her role in Derry Girls, plays Penelope Featherington, a close friend of Eloise Bridgerton’s and the youngest Featherington daughter.

Ruby Barker, an up-and-coming actress known for her work in Wolfblood and the indie film How to Stop a Recurring Dream, plays Marina Thompson, a distant relative of the Featheringtons’, sent by her parents to find a match during the London season.

Freddie Stroma—known to Pitch Perfect fans as Luke and Harry Potter fans as Cormac McLaggen—is the actor behind Prince Friederich, a foreign royal visiting his relative Queen Charlotte in season one.

Charithra Chandran (Alex Rider) plays Kate’s little sister, Edwina Sharma, in season 2—who unexpectedly finds herself in a love triangle with her sibling and Anthony Bridgerton.

Joanna Bobin (Secret Diary of a Call Girl, Alice Through the Looking Glass, and Broken News) plays Lady Cowper, the pushy mom willing to do whatever it takes to have her daughter marry royalty.

Florence Hunt basically grew up on the set of Bridgerton, starring as Hyacinth, the youngest Bridgerton child.

Will Tilston as Gregory Bridgerton

The same goes for Will Tilston, who plays Gregory Bridgerton, Hyacinth’s older brother.