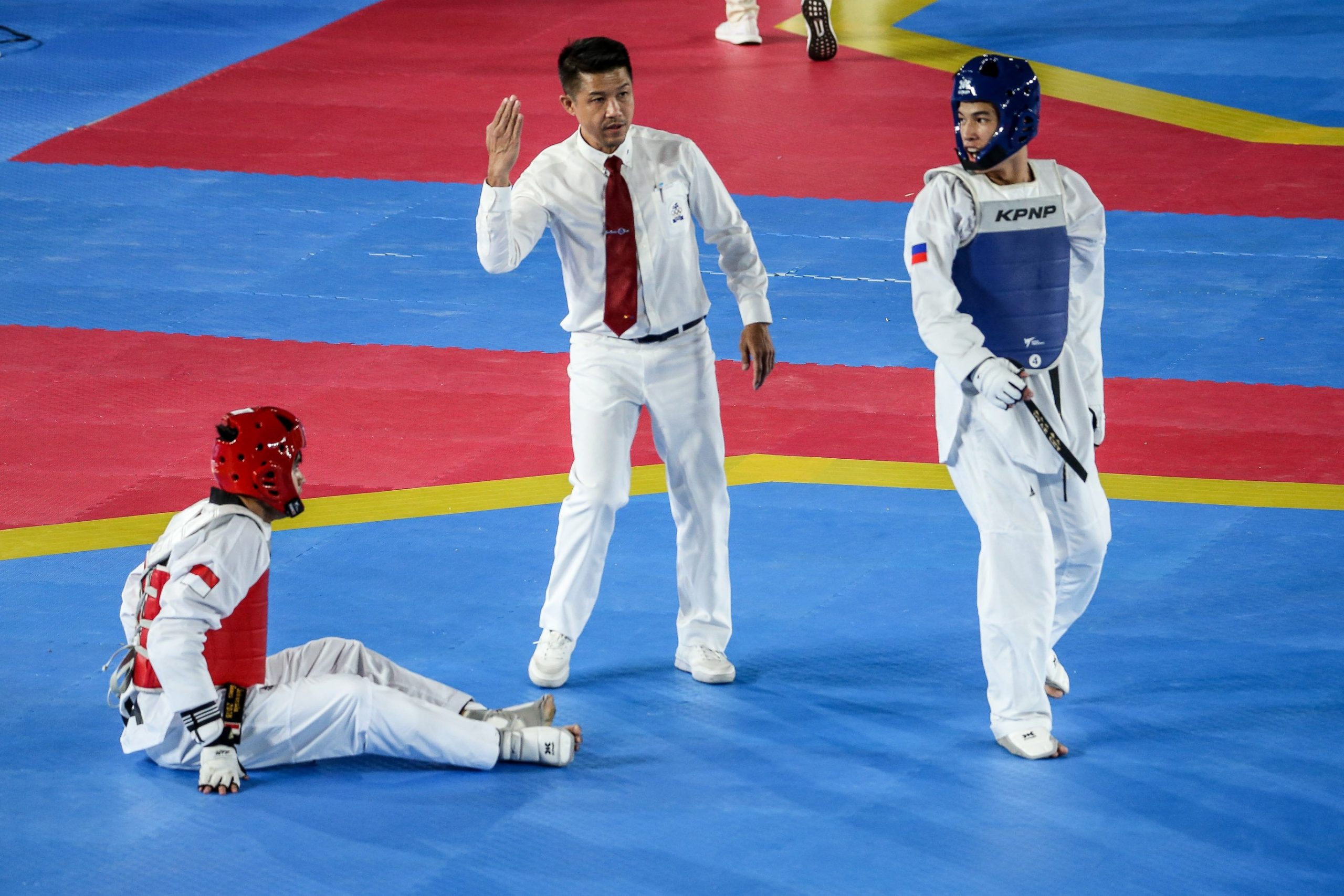 Cea, who ruled the 74-kilogram men’s kyorugi, settled for a runner-up finish after falling to Cambodia’s Mithona Va in the final, 13-34.

He beat Indonesia’s Naufal Khairudin Osanando in the semifinal, 24-11, barge into the gold medal match for the second straight time in the biennial meet.

Canabal, the 2019 SEA Games bronze medalist, surpassed her previous finish, earning a silver medal in the 53kg female kyorugi despite losing to Vietnam’s Thi Anh Tuyet Tran in the championship.

Canabal 16-2 over Nan Thou Narry Kaung of Myanmar in the quartefinal and beat Megawati Tamesti Maheswari, 15-10, in the semifinal.

Alora retained her silver medal in the 73kg after yielding to hometown bet Thi Huong Nguyen, 8-10, in the final.

She dominated Thidasavanh Sotthacit with a 16-3 victory in the semifinal earlier.

Meanwhile, Rheza Aragon, the runner-up of the female 57kg kyorugi, suffered a quarterfinal exit after falling to Indonesian Mariska Halinda, 1-22.