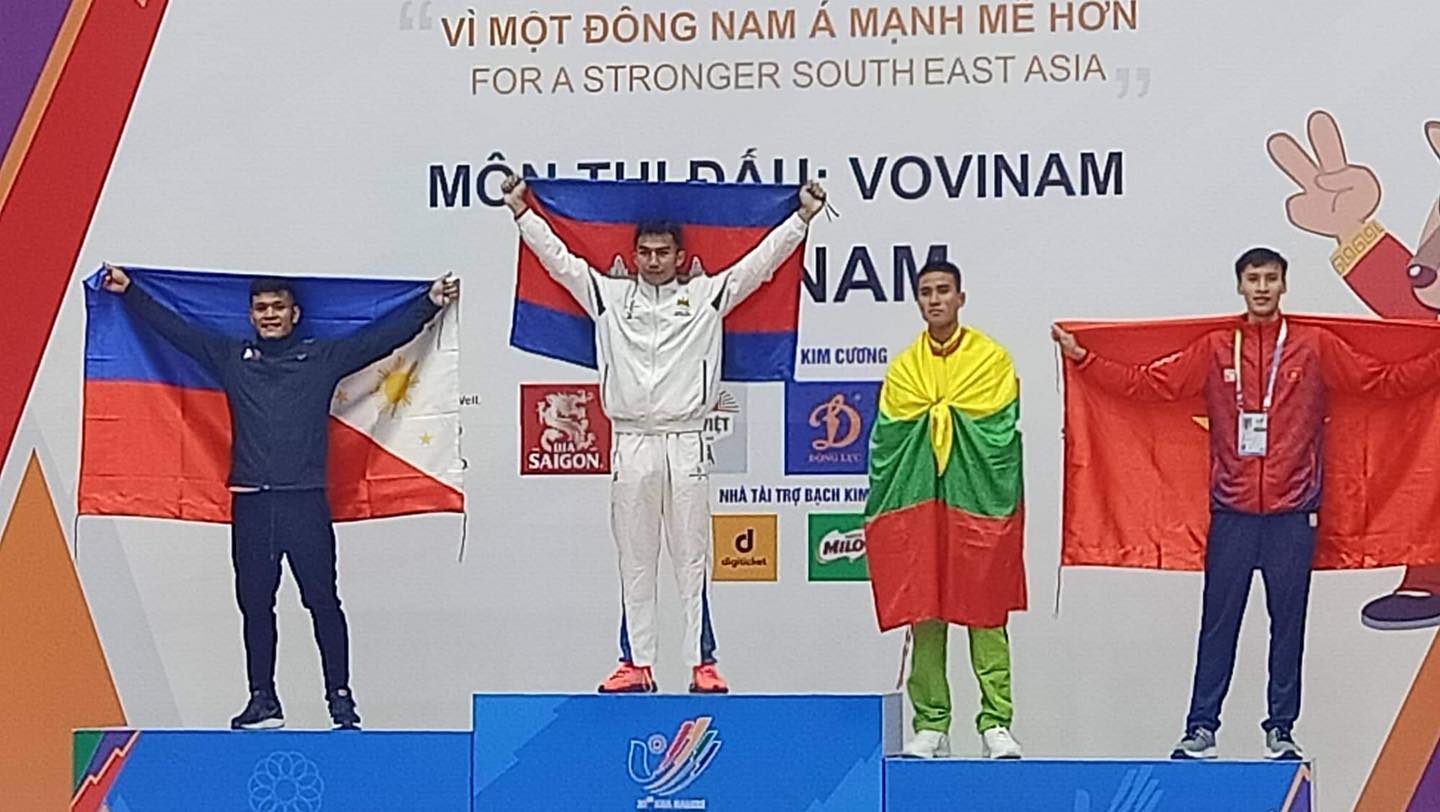 Bumina-ang fell to Virekkaamchhitphouthong Eh of Cambodia, 2-7, settling for a runner-up finish in the gold medal match.

Bumina-ang showed the Filipino talent can excel in Vietnamese traditional martial arts as he edged hometown bet Xuan Hieu Do, 11-10, in the semifinal.

Olsim beat Mala Chanthalacksa of Laos, 4-3, in the elimination before bowing out in the semifinal with a 7-6 loss to Sophy Sok of Cambodia.

Gina Araos also competed in the women’s 65kg but she lost to Thai Tayida Kosonkitja, 4-10, in the elimination. Danny Kingad also joined the men’s 60kg but also suffered from an early exit at the hands of Ammarin Phouthong Eh of Cambodia, 1-9, last Thursday.