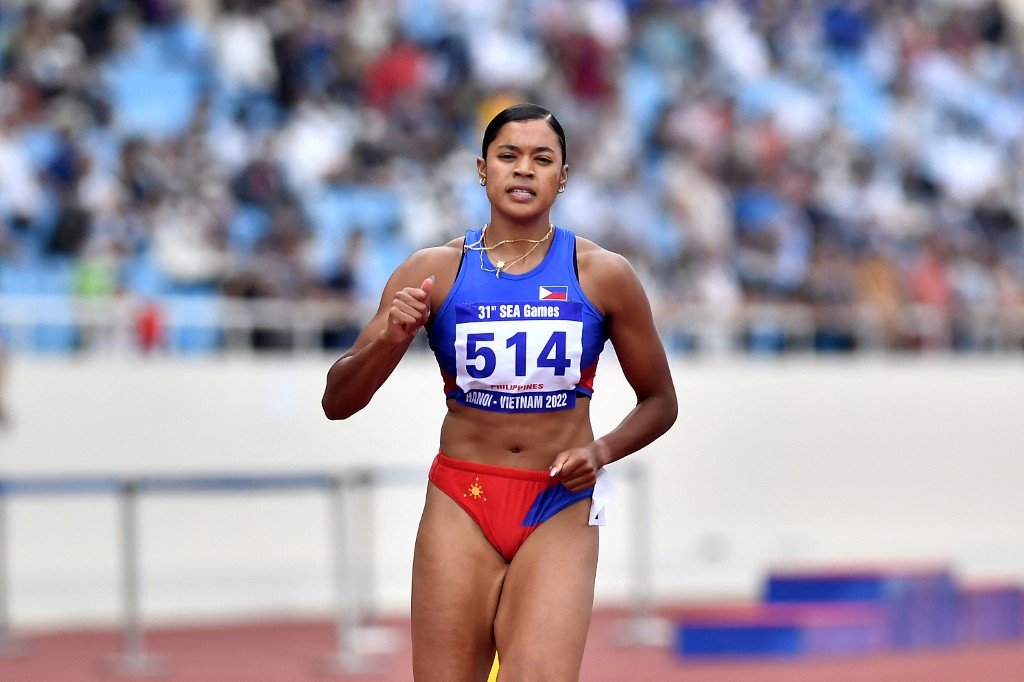 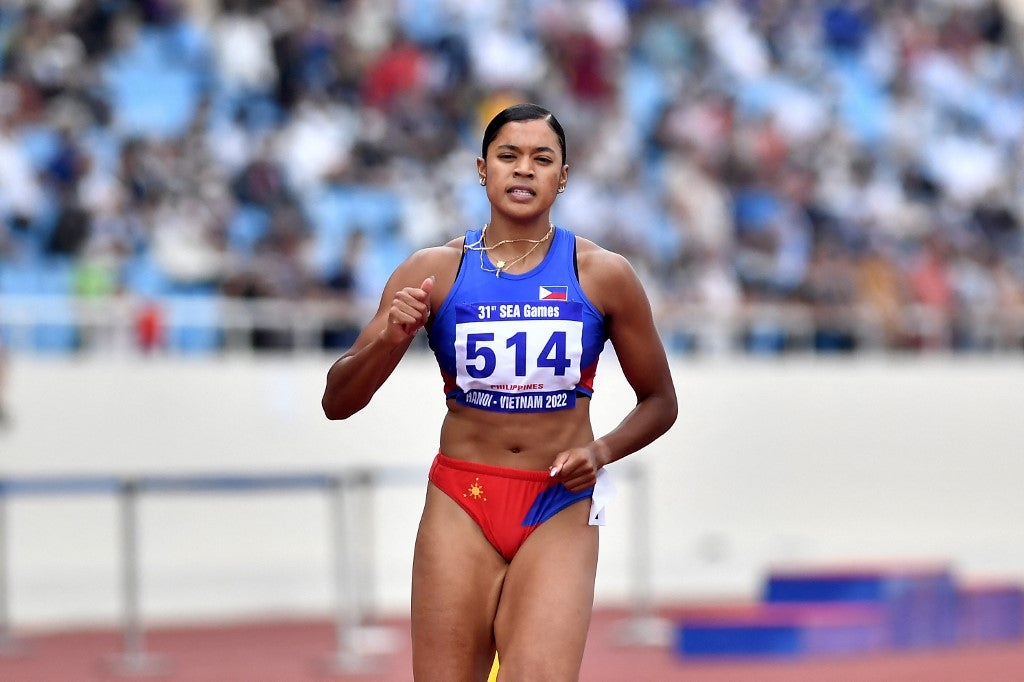 Philippines’ Kayla Richardson looks on during a women’s 100m heat at the 31st Southeast Asian Games (SEA Games) at My Dinh National Stadium in Hanoi on May 18, 2022. (Photo by Ye Aung Thu / AFP)

HANOI — Kayla Richardson was lacing down her spikes at the athletes’ passage underneath My Dinh Stadium right after the 100-meter dash heats. Compensating for a slow start, she rushed for second place in a wild finish. Somebody asked if made it to the final, she replied: “Yep!”

Apparently she got everything under control because just an hour later, while the jam-packed stadium was watching, the 24-year-old reigned supreme in the centerpiece event of the centerpiece sport of the Southeast Asian Games.

“It was amazing. I was happy to be able to put it together,” said Richardson who clocked 11.60 seconds — her best for the season — to defeat Singapore’ s Veronica Pereira (11.62) and Thailand’s Supanich Poolkerd (11.66).

“Having my support system, my dad and my sister (Kyla) and coach, having put together this season am so blessed and grateful,” said Richardson who is eyeing a spot in World Championships in Oregon, later in the year.

Like in the heats — where she said “I was just chilling” — Richardson had an issue at the starting blocks in the afternoon finals, stepping on the gas in the final 20 meters and going all the way.

“I wasn’t a good starter, so I let them go ahead and then let me do my thing (in the stretch),” said Richardson of her second century dash gold medal. She won it, too, in the 2015 edition in Singapore.

It was Richardson’s second medal here, counting her bronze in the 200m dash which was won by Pereira two days ago. Kyla took silver in that event.

“I still have a lot in the season,” said Richardson who was doing 11.61 seconds this year. “So yeah I was pretty confident coming in.”

Her gold was first victory for the day for athletics which already got four earlier via EJ Obiena (pole vault), William Morrison (shot put), Clinton Bautista (110-meter hurdles) and Eric Cray (400m hurdles). They will be gunning for more in men’s and women’s marathon Thursday.