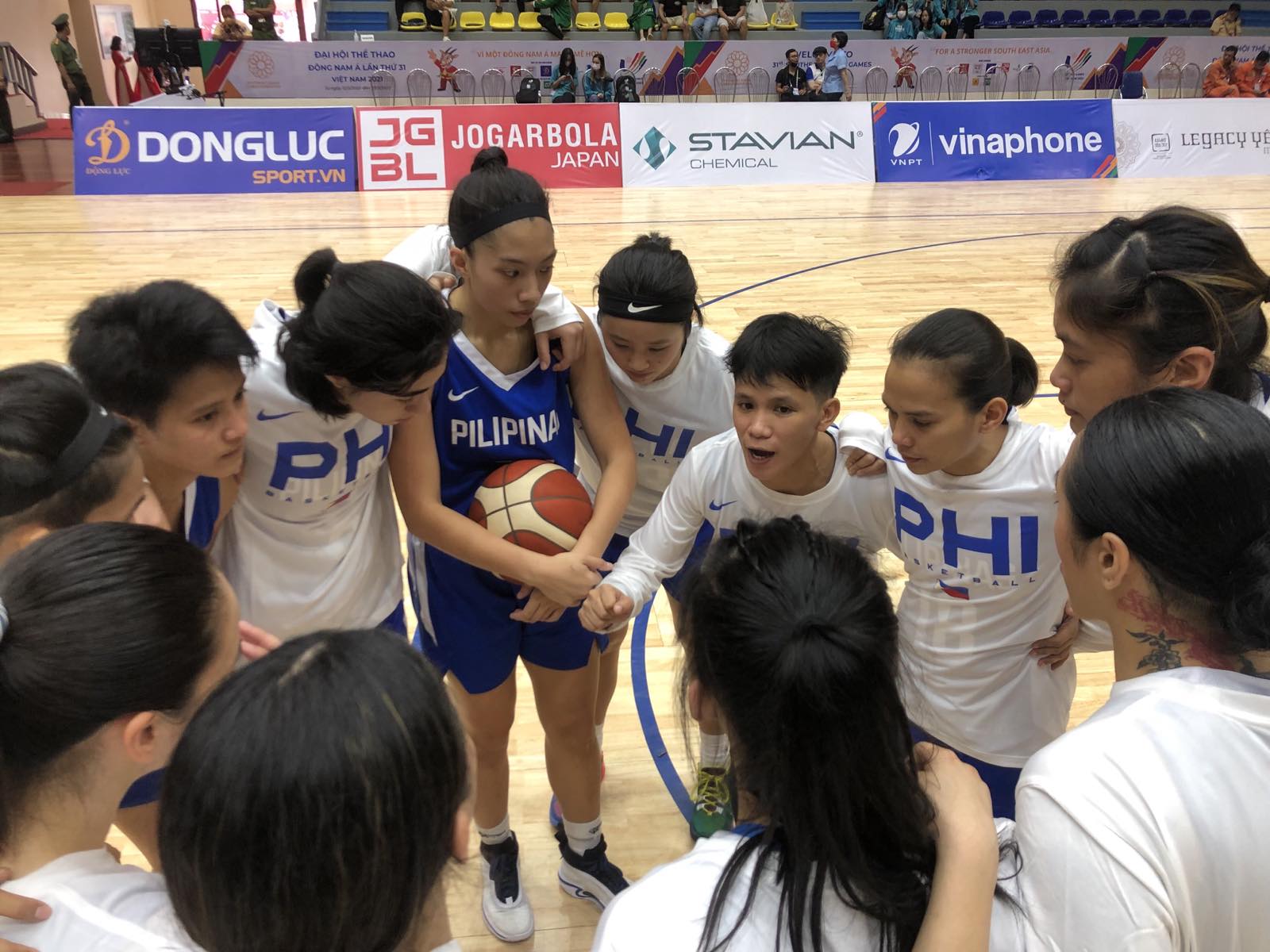 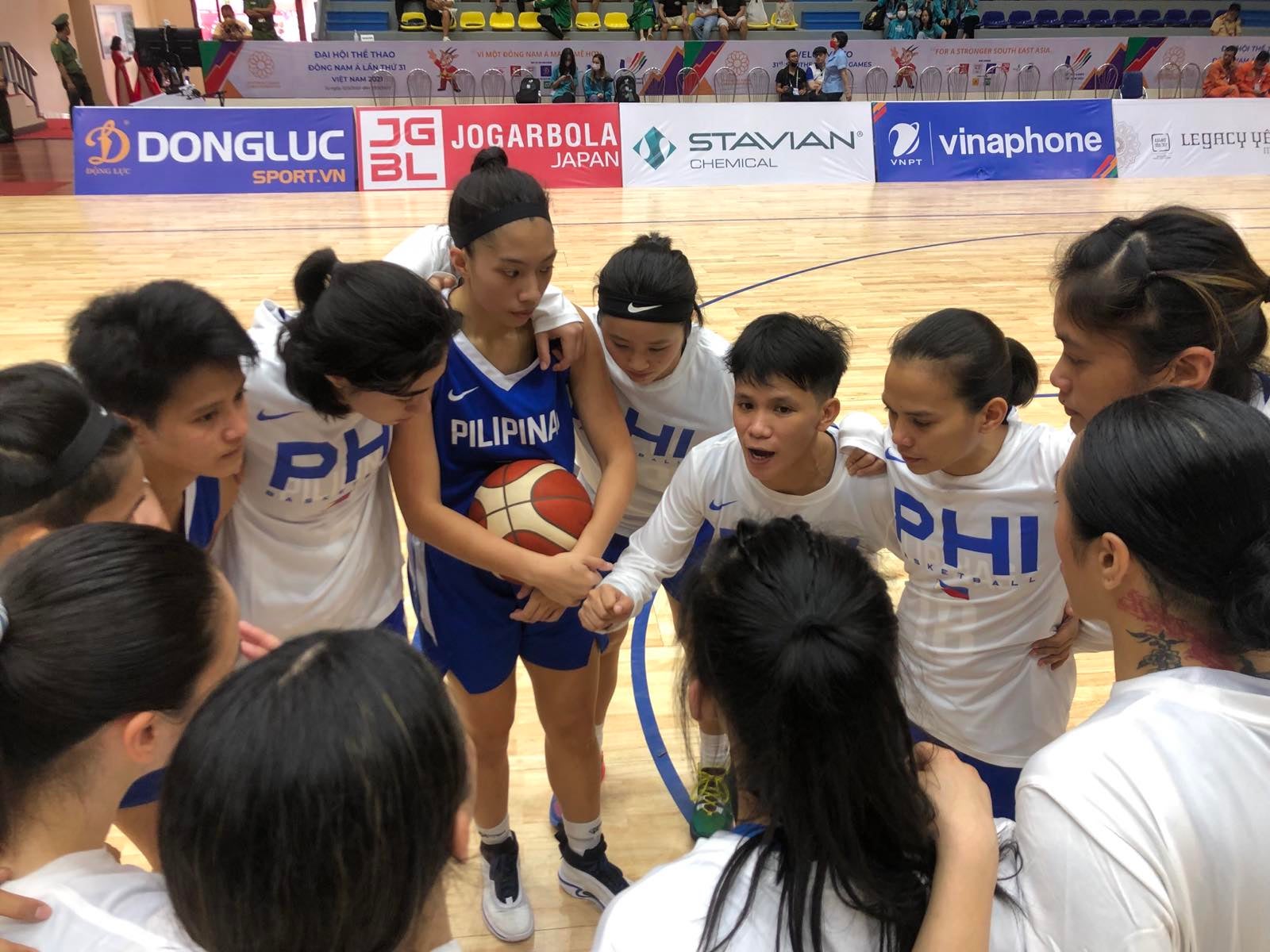 The Philippines got a streak going in the Southeast Asian Games women’s basketball tournament following a 97-81 thumping of Thailand on Wednesday morning.

Gilas Pilipinas Women leaned on the all-around brilliance of Afril Bernardino, who finished with 20 points and 16 rebounds to dominate the Thais in the contest at Than Tri Gymnasium in Hanoi, Vietnam.

Stefanie Berberabe and Trina Guytingco each scored 10 points to give the Filipinos all sorts of boost—from momentum to mental—heading into the clash against the hosts this Thursday at 6 p.m.

The defending champions enjoyed leads of as many as 25 points, and managed to draw contributions from all of coach Pat Aquino’s charges for the second straight time.

The Thais, who settled for silver in the last edition of the showcase, pulled within 25-27 early in the second frame.

But Gilas’ deadly three-point shooting made sure that was the closest the enemy that would get, with Bernardino again leading the charge on defense with three blocks and three assists.

The men’s team looks to also extend its winning ways this Wednesday, shooting for a third-straight victory against Singapore at 4 p.m.